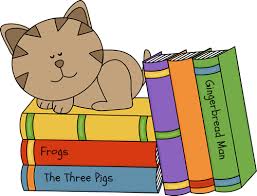 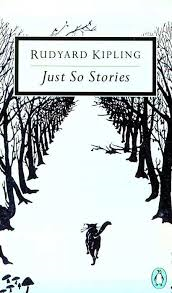 When I was about eight or nine years old I entered a competition from the back of Kellogg’s Rice Krispies. It took a while to get the requisite number of box tops and my entry was sent off just before the closing date. I won the competition and was thrilled when a few weeks later the prize arrived. It was called a Show And Tell – which would be an early version of a multi-media device. It was basically a tv type screen with a record player on top and a slot. It came with a selection of stories – you put on the record, read along with the book and slid a set of slides into a slot which appeared on the screen as you listened along. It was sort of, I suppose, like a big View Master with a record player. I absolutely loved it. (I’ve looked for an image for it online but cannot find one, so probably it wasn’t around for long). One of the sets of stories were “The Just So Stories” and I became very familiar with these because of this. I have read other versions of these stories over the years, simplified children’s versions or in picture books but I don’t think I have ever read Kipling’s actual words. When I thought about it I don’t think I have ever read any Rudyard Kipling at all, despite his prolific output and me having quite a few of his books hanging around on my bookshelves for years. This was the first one to make it from the To Be Read pile.

As well as being the most familiar of the stories to me “The Elephant’s Child” and “The Rhino’s Skin” are the most successful. These stories seem to be imbued with an authentically primitive feel and read like the earliest stories passed down from generation to generation. Some, however, seem to be too contrived for our modern tastes (“How The Alphabet”) or just dull (“The Crab That Played With The Sea” springs most to mind). Kipling proves to be something of an all-round entertainer incorporating annotated illustrations (I love the one of the cat walking through the trees which was also the cover image of the copy I read) and supplementing the stories with poetry and songs (these have not dated well). Kipling comes across as having a good sense of mischief and my first experience certainly hasn’t put me off reading more by him.

I have noticed that Jessica over at The Bookworm Chronicles has recently reviewed “The Jungle Book” – I have never actually read this (despite having grown up with the Disney film). She was surprised (as I was although once I read her words I remembered) that this is also a set of stories and not an actual novel. Maybe I should start with that before moving onto a Kipling novel. I do know I have a copy of “Stalky And Co” somewhere on my shelves.

The Just So Stories were originally published in 1902. I read the Penguin edition.