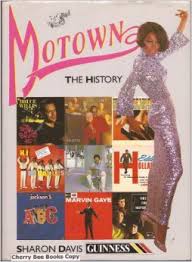 Back in 1959 Berry Gordy Jnr,  erstwhile professional boxer and enthusiastic songwriter, on the advice of his friend, Smokey Robinson, borrowed $800 from his family and used it to open Tamla Records putting out “Come To Me” by Marv Johnson in January 1959.  From 1961 Berry was also putting out records on his new Motown label.  (In Europe Gordy’s music was released on Tamla Motown, but in the US this was two separate labels under the Motown banner).  And the rest, as they say, is history. 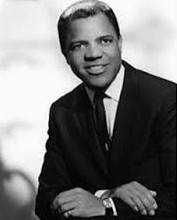 Motown, originating in Detroit, became The Sound Of Young America and the rest of the world lapped it up as over the next few decades it introduced us to some of music’s biggest stars including Stevie Wonder, Marvin Gaye, Diana Ross & The Supremes, Michael Jackson & The Jackson Five, Smokey Robinson & The Miracles, The Four Tops, The Temptations, Gladys Knight & The Pips, Lionel Richie…………………….the list goes on.

Sharon Davis is the perfect person to write a book about Motown.  Working for Blues and Soul Magazine from the 1970s she wrote a column “Motown Tracking” which gave a regular review of news, recordings and gossip from the label forming a large body of work and making friends with the artists which would have helped her produce this book.

What this makes this book different from many books about Motown (and there are quite a few out there – it being such a fascinating success story) is that British perspective and also the thoroughness of the whole thing.  Motown completists may very well weep with joy as there is at the back of this book a comprehensive discography of all releases of Singles and Albums which sorts out the output of  Gordy’s different labels as well as a list of all British releases to the mid 80’s.  It is this more than anything that keeps this book on my shelves.

Occasionally, Davis adopts a slightly scatter-gun approach and veers all over the place, which can make it a little frustrating and perhaps demonstrates those journalistic roots and I think the whole thing could be tighter in terms of chronology.  What is also different with Davis’ account is the broader time spectrum she focuses on.  I actually would have liked to have read more about “the golden years” of Motown but Davis is keen to give us the greater picture.  In 1972 the label moved from Detroit to Los Angeles, reputedly to support Diana Ross’ film career and for many this is where the golden age ended and many in Detroit felt betrayed by the label’s departure.  However, Motown did put out some of its best music throughout the 70’s  and 80’s but as the organisation grew the family feel of the label from its younger days departed and it became another large conglomerate .  I think part of Davis’ brief was to show that the label was still relevant at the time she was writing and as a result there may be too much emphasis on the 80’s where you can detect even the author’s enthusiasm is flagging as she chronicles the myriad of artists whose stay on the label (and probably in the music business in some cases) was extremely short-lived.  Through the 90’s Motown would have another golden period due to the success of Boyz II Men – perhaps an updated version of this book would have put this into perspective and placed less emphasis on the years when the hits were harder to find.  Some of the artists from the golden years ( including music producer Frank Wilson whose “Do I Love You (Indeed I Do)” is one of the most loved Northern Soul tracks and Frances Nero who had a revival of fortunes in the 90’s when she recorded with Ian Levine) are given very scant attention.  However, I’m nitpicking because this is a solid volume, full of photos of the artists in colour and black and white and it would be highly worthwhile to search this out

Sharon Davis is also well known for her book about Dusty Springfield “A Girl Called Dusty” (2008) which I didn’t enjoy quite as much as her take on Motown.  She has written books on Marvin Gaye, Diana Ross and Stevie Wonder amongst others and a couple of books on the stories behind chart-topping singles.  Her latest book (2014) which I am adding to my Wants list is a biography of Disco Superstar Sylvester for whom she worked as a publicist.  All of Sharon Davis’ books can be found on Amazon.co.uk

Motown – The History was published in 1988 by Guinness Books