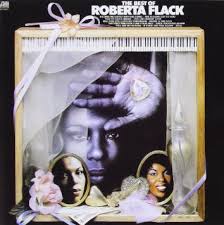 For many years, probably from its first release on vinyl in 1981, I would have said this was my all-time favourite album.  Perhaps this century the clarity, purity and honesty of Roberta Flack’s voice has gone slightly out of fashion but it is still an album that I would never part with and is my favourite release from the legendary Atlantic records.  This is the 1986 CD release of the 1981 album with the same eleven track listing and it is very much an album to fall in love with and fall in love to.

Considering the longevity of Roberta Flack’s career and the greatness of her back catalogue she is an artist who has largely managed to avoid media spotlight and there may be many of us who know very little about her.  Rumours have dogged her career that she is a “difficult” artist in the way in which Nina Simone was seen as “difficult”, that she is unpredictable, moody and her work too serious.  A lot of this can no doubt be put down to the traditionally sexist/racist elements in the music business and rock journalism which sees a woman who knows her own mind and is prepared to run her career in her own way labelled as a “bitch”.  And how anyone who has recorded the sheer joyfulness that is “Back Together Again” be deemed too serious I don’t know.

Born sometime between 1937-1940 (actual year is vague)  Roberta grew up in Virginia where her early gift for the piano saw her accompanying opera singers- a classical pianist background which echoes Simone.  In 1968 she was signed as a solo artist to Atlantic and her recording career began the following year.  Her pop chart career began in the USA in when her duet with old friend Donny Hathaway “You’ve Got A Friend” reached #29.  Her career reached another level in 1972 when a track from her almost three year old debut album took off.  Not exactly an overnight success but when it came the success was good.  To date Flack has had 3 US number 1 singles, 5 Top 5 hits and a total of 10 Top 40 Singles.  In the UK the tally is 2 Top 5 and 6 Top 40 singles.  Album-wise Flack by the time this album was released she has recorded nine studio albums and has put out 7 since (last release was  2012’s Beatles covers album “Let It Be Roberta”.) Eight of her 10 US hits are featured on this album.  (The other two occurred after  its release, including her highest charting UK single “Tonight I Celebrate  My Love For You” (UK#2, US#16 in 1983), a duet with Peabo Bryson and a track I’m never totally convinced by- it might lyrically just be a little too cheesy, so I don’t miss it on this compilation.  There are other greatest hits packages where this track can be found.

Let’s start with the seventh track on the album the one that snuck up on the listening public and really brought the name Roberta Flack to a worldwide audience.  The reason for the belated success of “The First Time Ever I Saw Your Face” was because of its inclusion in the Clint Eastwood hit movie “Play Misty For Me”. In 1972 it became her first US chart-topper and a UK #16 single.  This Ewan MacColl folk ballad introduced Flack as a supreme song stylist and virtually ensured that no-one could ever sing this song in quite the same way again.  Many have tried including Celine Dion who attempted it without coming close ( she did get a # 19 UK hit in 2000) and there have been a number of club dance versions which fills the essential emptiness of the song with rhythm   The debut album went on to top the US charts on the back of the single’s success.  It scooped the two top Grammy awards of “Song Of The Year” and “Record Of The Year” and may very well be Flack’s finest track.  It is a performance of indescribable beauty.  It manages to be both sad and joyful, passionate and detached.  There is a breath taking honesty and intimacy in the Flack voice.  Had I popped my clogs in my 20’s this was the song I wanted played at my funeral (the “lay with you” verse might have caused some nervous coughing in the congregation).  Nowadays, for the more morbid amongst you I think I favour Nina Simone’s version of “For All We Know” and Luther Vandross’ “The Impossible Dream”.  I’m not planning a demise anytime soon so who knows, by the time that momentous event happens I might have changed my mind to “It’s Raining Men” or “Dancing Queen”!

Back to Roberta and the album opener which is the other track for which she is most known.  “Killing Me Softly With His Song” was the title track from her 1973 album and gave her a second US #1 single (#6 in UK). From its ethereal introduction It was one of those songs that sounded like a “standard” the first time you heard it.  There’s something a little chilling about the singer who sang “as if he knew me in all my dark despair”.  It’s another beautiful song, magnificently performed but for me the power of this song has been diffused by the UK chart-topping 1996 version by The Fugees (US#2).  I liked this song enough at the time to buy the single and I think Lauryn Hill does a good vocal but it is no impossible to hear the Flack version without the “one time” interjections filling in what were the divine spaces in the earlier hit.  This track did put Flack into the history books when it gave her a Grammy for Record Of The Year for two years in a row – the only solo artist to ever do this.

Five of the eleven tracks on the album are duets with Donny Hathaway.  I have no problem with that because it was a superb pairing, perhaps only eclipsed by Motown’s Marvin Gaye and Tammi Terrell.  Their voices combine beautifully.  Their debut hit together, a version of Carole King’s “You’ve Got A Friend” is very reassuring.  “The Closer I Get To You” shimmers from its floating synthesizer line introduction.  This gave the duo a US#2 hit in 1978.  It’s not as well known in the UK where it failed to reach the Top 40.  It is exquisitely performed and oozes with class.  A later (2003) version by Luther Vandross and Beyonce, no slouches in the vocal department feels very much like an homage to this, without ever really challenging the original .  The songwriters of this Reggie Lucas and James Mtume were part of Flack’s touring band and by the early 80’s were very in-demand as a songwriting and production due songwriters and producers through their work with acts such as Stephanie Mills, Lou Rawls and separately producing artists such as Madonna, Randy Crawford, The Weather Girls and Mary J Blige.

Mtume and Lucas were  called on again in 1980 and came up with a sound which gave the duo a number 3 UK chart hit.  “Back Together Again” saw these balladeers make a transition towards disco, with this lively uptempo number which was really all about giving the public what they wanted at the time.  Europe lapped this track up, the US less so. This was not the Roberta and Donny that the US loved.  It is, however, another gem of a track.  As an uptempo duo song it’s up there with Janet and Luther’s “Best Things In Life Are Free” and Alexander O’Neal and Cherelle’s “Saturday Love”- all three tracks fared much better in the UK than in their homeland.  (There is just an issue with the track listing on this CD.  After the beautiful state of relaxation that the “First Time Ever” induces there’s the “boom” of the first note of “Back Together”.  I suppose this is ideal when driving in case “The First Time” causes too much relaxation!)  The success of this track led to more of the same with “You Are My Heaven”, another frothy up-tempo track with shuffling Latin overtones.  This is a good fun Stevie Wonder/Eric Mercury track but did not match the success of its predecessor.  Roberta’s fellow female soul contemporaries (Diana Ross, Aretha, Gladys Knight) were quicker at moving with the times and made the transition needed to more uptempo disco tracks to keep them in the public favour from the mid to late 70’s.  This was something that Roberta never found the urge to do (her voice is not a disco voice) and as a result her star slipped a little behind this Big Three and other female singers arrived on the scene to join this elite group at the top.

The fifth collaboration on the album “Where Is The Love” written by percussionist Ralph McDonald with Eric Salter made both the Top 5 in the US and Top 30 UK in 1972.  The song was still fresh enough 17 years later to go Top 20 UK for Brit-soul chanteuse Mica Paris with Will Downing.  Elsewhere on the CD Roberta slows down the Shirelles girl –group sound of “Will You Still Love Me Tomorrow” (another Carole King song- this time with Gerry Goffin) to completely transform it and get every ounce of meaning out of the lyric and there’s the country-waltz flavour of “If Ever I See You Again.”

Roberta’s third and final US number 1 was in 1974.  “Feel Like Making Love” is such a gentle song with its chugging rhythm and a coy sensuality which may have been a little too much at the time for us staid Brits (or probably the radio playlisters) as it stalled outside the Top 30.  Nine years later George Benson’s version just made the Top 30.  The album’s closer is another gem “Jesse” a song written by Janis Ian and produced by Joel Dorn for the “Killing Me Softly” album.  It’s a ballad of a departed lover and the woman who keeps the stair lights on waiting for him to return.  It is four minutes of sheer yearning, has been known to bring an odd tear to my ear and has a fragile beauty which is a perfect conclusion for all that has gone on before. 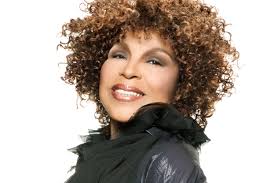 The odd thing is that even though this album is so important to me it is the only Roberta Flack CD I own (and this is from someone who owns six Britney Spears CDs!)  I think that this collection of songs is so perfect that I don’t want anything to be shattered.  I know the running order so well – I know to be prepared at the end of “First Time” for the start of “Back Together Again” so perhaps this is the reason I’ve never felt the need to purchase the albums that these tracks originally came from.  Perhaps this is something to put right.  I did buy 1994’s covers of jazz standards “Roberta”- her final album for Atlantic Records but it didn’t really do it for me at the time.  I also saw her live back in 1985 when she put in a sparkling performance at Wembley Conference Centre.  But this year I’m going to make a belated resolution to listen to some more Roberta Flack but I know I will keep coming back to this sublime CD of 11 tracks.  Even though I have carried out research for this post and I’ve had a forty-plus year association with her music I still feel that there’s so much  I don’t know about Roberta Flack –and I think that is part of her appeal.

Hope you enjoy the video which I think is from a Top Of The Pops performance.  Weren’t headphones big in those days!?

“The Best Of Roberta Flack” is currently available from Amazon in the UK for £7.28 and used from £0.48.   In the US it is available for $3.50 and used from $0.98.  In both markets other Greatest Hits compilations are available.