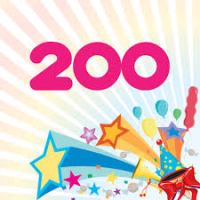 This is my 200th blog post.  I didn’t think I’d be notching up those numbers when I began at the end of January 2015 -and it is thanks to all you lovely readers out there keeping me blogging 3-4 times a week.  At the start of the year I had a little look back at the most read blogs and said I was zeroing the clocks until my 200th post when we’d have another review retrospective.  These are the 5 most read blog posts since the start of the year with links just in case they passed you by when they originally appeared.  It’s an all-new top 5 from 2015- although I suspect that my all-time most read post “The Murders At White House Farm” by  Carol Ann Lee is currently just lurking outside the Top 5 until the paperback is published in April when I suspect the review will have a new lease of life…

I know it’s only been about six weeks since my  What You’ve Been Reading 2015  but I thought I was seeing the pattern, that it was reviews of the most recently published books which attracted the most attention – however, statistics are meant to confound and that has certainly been the case here.

More of you wanted to know what was in the lower half of my Top 10 than my Top half.  Well, as a reminder it featured books by Terry Ronald, Sara Baume, Grace Jones, edited by Biddy Baxter and Carol Ann Lee

My most read book review so far this year is this gripping French novel full of religious intrigue and based on ex Benedictine monk Benoit’s academic research. This gives it a sense of greater plausibility than many other books in the adventure novel genre.

Great to see my little fund-raising initiative attracting readers.  Bingo card update – I now have three squares covered – I got my third for reading Jonathan Dark Or The Evidence Of Ghosts on my Kindle – a book which when published could be one of the “dark horses” (see what I did there) of the year.

My 30th ranked album on my 100 Essential CDs list has received a boost in its viewings since the sad death of EW&F’s founding member, song-writer and producer Maurice White at the beginning of February.  I hope my review of this album is a fitting tribute to this legendary artist.

It’s been a close run thing but it is the Queen of Shops herself who has got to the top of the pile with her very likeable third series of her shop rescue show.  With TV reviews, CD’s, Book reviews and Book related posts in the top 5 it does look like reviewsrevues has become the revue of reviews I was hoping for when I began the blog site.

We’ll leave Mary Portas at the number 1 position until I review these statistics again- either at the end of 2016 or my 300th post (whichever comes first).

Thanks once again for your support and comments over the last 200 posts.