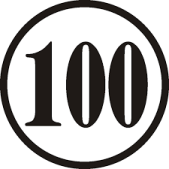 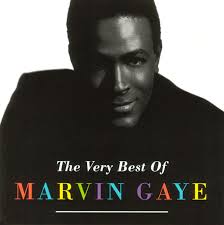 Following on from my appreciation of The Four Tops I would like to stay with the Motown label to take time out to celebrate one of the all-time great soul singers, whose life came to a premature end at the hands of his father on 1st April 1984 (on the eve of his 45th birthday).  This was a man with a story to tell and an intense, disturbed story it is as well but let’s not let his life (or death) overshadow the phenomenal creative talent.  I’m sure Marvin Gaye would not have been easy to live with but when on form he is almost peerless in the field of American popular music. I say on form, because this was not always the case.  Marvin released some albums which challenged the patience of even his greatest fans and for me, even his most celebrated albums have the odd dodgy track or have not aged well.  This is why I have opted for a Best Of compilation to join my Essential CDs list.  A lot of people would agree with me as this CD, released ten years after his death reached his highest ever UK album chart position, even though it was the 7th compilation album of his to chart since 1968’s “Greatest Hits”.

In the US, however, Marvin was more consistent as an album artist with a run of four Top 20 studio albums in the early 70’s.  His highest charting album “Let’s Get It On” reached number 2 in the US in 1973 yet only scraped to #39 in the UK.  Perhaps his most famous album “What’s Going On?” which is now seen as a milestone in pop music history got to #6 (US) in 1971 but has never made an appearance in the UK Top 40 album charts.  We seemed to love Marvin over here more as a singles artist and this collection of 22 tracks shows why. 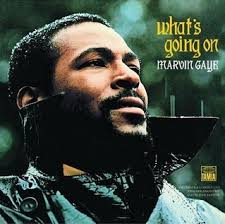 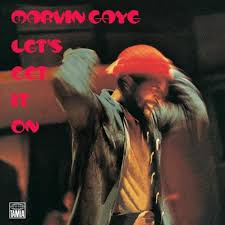 Marvin came to Motown hoping to be the “Black Sinatra” crooning standards.  To begin with Berry Gordy was not that impressed,  using him as a session player and drummer.  Gaye’s ambitions were bigger than this and a marriage to Berry Gordy’s sister, Anna,  seventeen years older than him,  cemented his relationship with the Motown family .  His first break came with “Hitch Hike” (US#30 1963) with backing from Martha and The Vandellas –a typical Motown call and response type track which started off a run of hits with a similar feel.  Of these only the gospel-esque stomper “Can I Get A Witness” (US#22) is included on this CD. 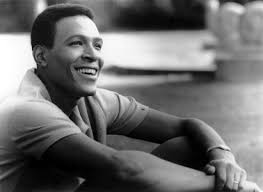 Someone at Motown had the good idea of pairing this good looking, growing in popularity male singer with their most successful female singer, Mary Wells and the two recorded an album together.  The single“Once Upon A Time” got to #15 (US in 1964) and made a very brief appearance in the UK Top 50.  Wells had recorded a string of US hits but was just coming off her worldwide smash “My Guy”.  This track turned Mary’s head.  She thought she was indispensible as Motown’s female star and became one of their first casualties – leaving the label at the height of her fame and finding little success elsewhere.  It was a hard lesson, no-one was indispensable to Motown, especially with the ambitious Diana Ross waiting in the wings.  The Gaye/Wells pairing was so well-received that it set a precedent for pairing him with other female artists over the years and eight of the tracks on this album are duets and are amongst his finest work.

Partner number 2 was Kim Weston and they also sounded good together.  The highlight of their association “It Takes Two” is an all-time classic and in reaching number 16 in the UK in 1967 (US#14) became his biggest British hit to date. 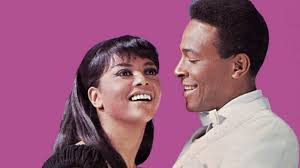 Partner number 3 followed hot on the heels of Kim .  Marvin Gaye’s recordings with Tammi Terrell show such chemistry that they are probably the greatest duet act of all time. There are five Marvin and Tammi duets on this CD and three of them are outstanding tracks .  All are written by Nicholas Ashford and Valerie Simpson and are great examples of duet-songwriting.  Ashford and Simpson of course went on to score duet hits of their own (biggest hit “Solid” in 1985) and they knew just how to pitch the songs for two voices and as a life-long couple themselves could certainly write love songs.  Perhaps the best of all is “You’re All I Need To Get By” (1968 UK#19, US#7) closely followed by “Ain’t Nothing Like The Real Thing” (1968 UK#34 US#8) but I have a huge affection also for the UK only hit “The Onion Song” (1969 #9).  A rather heavy-handed metaphor for the state of the world telling us to “plant love seeds” this is just performed so beautifully and moves along at a great lick.  What was not known at the time is much of the female vocals are actually Valerie Simpson’s as Tammi was too ill with a brain tumour to finish the recording.  The single was actually released posthumously.  Surprisingly absent is their other essential duet the original of “Ain’t No Mountain High Enough”, which when reworked became a massive solo hit for Diana Ross.  I think I would have preferred this on the CD to the lesser “Good Lovin’Ain’t Easy To Come By”.  Albums of just Marvin and Tammi’s duets (they recorded three together) as well as CDs with all of his duets are available and very well worth considering should you like this aspect of Gaye’s work.  Tammi’s death sent Gaye into a spiral of depression which affected his life and his career. 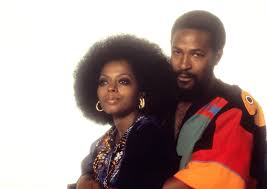 By `1974 Motown were ready to pair him up again.  This time with Diana Ross.  For me the album they recorded together is a commercial triumph rather than a creative one.  There’s a little too much sweetness in the tracks chosen for the UK market “Stop Look (Listen To Your Heart) (1974#25) and even “You Are Everything” (1974 #5), both Thom Bell and Linda Creed songs which had been previously recorded by The Stylistics.  The duo had a couple of completely different US Top 20 hits released from this duet album – but they do not appear on this CD. 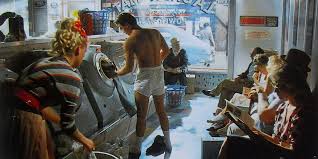 Marvin’s most famous solo single kicks off this CD.  “I Heard It Through The Grapevine” topped the charts on both sides of the Atlantic in 1968/69.  In the UK it became Motown’s third chart-topper.  The song had previously got to number 2 for Gladys Knight and The Pips the year before and their version is something of a mid-paced gospel shouter.  Norman Whitfield decided to transform this song that he had co-written with Barrett Strong to turn out a completely different production.  Gaye’s version is chilling.  From the opening chords and the snare drum beat Marvin sounds like a doomed man as he lament the fact that gossip told him that his love had found someone new.  That ominous beat, excellent use of backing vocals and the tortured vocals make this an all-time classic.  If someone wants to know what Soul Music is all about this makes a perfectly good introduction.  A certain Levi jeans advert and a stripping Nick Kamen revitalised this track and on re-issue it gave Gaye a posthumous UK#8 hit in 1986.  There’s more classic soul in “What’s Going On?” the title track from a protest concept album that Berry Gordy did not want to release and in the title track from the follow-up album which went from protest to the bedroom with the sublimely sensual “Let’s Get It On”.  There’s the original and perky version of the track which became a huge debut hit for Paul Young “Wherever I Lay My Hat” which is full of charm.  Another high spot is the elegy for Lincoln, Luther King and Kennedy “Abraham, Martin and John” another Whitfield production which ranks amongst Marvin’s best.

Marvin Gaye did not just sing a track, he coloured it in and there were cases where there was more colouring than song.  Some of his post “Let’s Get It On” work could seem a little self-indulgent.  This was the man who was ordered by a judge to give royalties to his next album to Berry Gordy’s sister Anna as part of their divorce proceedings.  The result “Here My Dear” is an intense, brooding listen which many fans gave up on (was that the intention all the time?) .  From this we get the best track “When Did You Stop Loving Me When Did I Stop Loving You”.  This was an album which tried my patience although it is now recognised amongst his classics by some.  Gaye’s second of this two US number 1 hits was the funk workout “Got To Give It Up (1977 UK#7).  I’m a little ambivalent about this party-in-the-studio track but it certainly remains influential.  The biggest song of 2013 “Blurred Lines” by Robin Thicke with Pharrell Williams and T.I found itself in breach of copyright infringement by not acknowledging the debt to Gaye’s track. 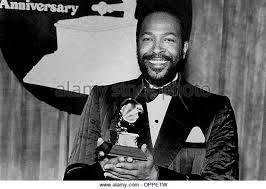 After years in the doldrums and a departure from Motown to CBS including a period of rehabilitation in Ostend, attempting to put his life back together Gaye co-wrote and produced “Sexual Healing” a track which proved a thrilling comeback and happily sits there amongst his best recordings.  A UK#4, US#3 hit in 1982 gave Gaye his long-awaited Grammy award and with the big selling “Midnight Love” album it looked as if Gaye was back for good.  I’m very pleased that Motown have put this non-Motown track on this CD.  It all ended for Gaye just a couple of years later in tragic circumstances.

For twenty two tracks which shows the breadth, range and talent of this artist I think this is an essential CD to have in your collection.  Marvin Gaye may have been a troubled soul but just listening to his music his importance shines through.