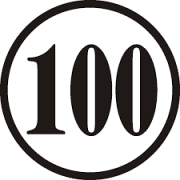 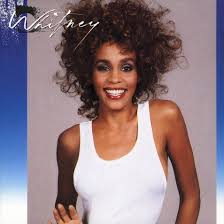 I remember buying this album on the day it was released, picking the vinyl copy off a vast pile in “Our Price”.  It was Whitney’s second album.  In the UK the first album had been a slow burner and had been initially hard to find in record stores.  I remember I had to order a copy because it was proving hard to track down.  That was before, however, the release of “Saving All My Love For You” which catapulted the debut to the top of the charts in the UK and US, with world wide sales of over 30 million and recognition from Billboard as the 11th biggest album of all time.  By the release of the second album Whitney was a household name worldwide.  She had scored three UK Top 10 singles (including one chartopper) and 4 US top 5 hits (including three number 1’s “Saving All My Love For You”, “How Will I Know” and “The Greatest Love Of All”).  This follow-up certainly wouldn’t need ordering.

At the time of release I loved the debut, but listening to it as a whole now it is a bit of a mish-mash of sounds.  Arista were still searching for an identity for Whitney.  There are some great singles on it including a couple which are amongst my favourite singles of all time, but I have never purchased it on CD.  For me, a greatest hits compilation will have all the best tracks.  However, I think  this second studio album is even better than any greatest hit compilation and is the most essential of Whitney’s releases.    It is perhaps one of the greatest examples of pop-based R&B ever.

The album opens with the lead single and perhaps Whitney’s finest moment.  Things had been pretty serious on the first album and this had the result of her sounding much older than she was but here the emphasis is on fun and a much younger sound.  “I Wanna Dance With Somebody (Who Loves Me)” was produced by Narada Michael Walden who had himself had a UK Top 10 hit as a solo artist in 1980 with “I Shoulda Loved You”.  There’s a real effervescence to this track which matches the look of the album (the sophisticated model sarong and swimsuit shots of the first album is replaced with a cover photo of Whitney in t-shirt  with piled-up hair looking young, fun and beautiful).  It was an obvious attempt to broaden her appeal to a younger market – in fact, toddlers get their own-pin up as on the back cover we get a snapshot of Whitney as a baby. 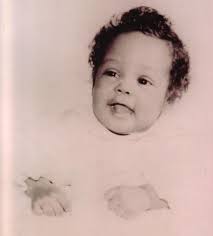 This opening track is a frothy sing-along dancer which was aided by a tongue-in-cheek video.  The range and power is certainly there but it is all presented with a good-to-be alive feeling.  Unsurprisingly the lead single topped the charts in both the UK and US. 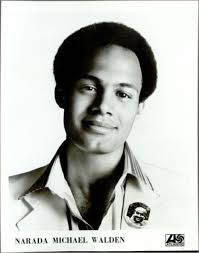 Walden remains on production duties for “Just The Lonely Talking” which is a complete change of pace and is probably my favourite non-single track by Whitney.  This is a slinky, almost jazzy mid-tempo ballad which counterbalances the fun of the first track with a controlled, mature performance with a soft and sensual vocal.  The song was written by Soul artist Sam Dees and there’s a lovely tenor sax solo from Kenny G, which makes it very much this album’s “Saving All My Love For You”.

The pace is certainly stepped up again for “Love Will Save The Day” introducing a producer making his debut with Whitney.  “Jellybean” Benitez  was hot in 1987 and after the release of this album would go on to score three top 20 UK hits and one US Top 20 hit as a solo act and a Top 20 album “Just Visting This Planet” at the tail-end of the year .  He had also been instrumental in the early hit career of Madonna and so was a good choice to become the only new name to work on this album.  His track “Love Will Save The Day” rattles along from the introduction.  It is a hard-hitting, exciting little dancer which benefits from some excellent vibe sections from the master of vibes, Roy Ayers as well as some great percussion work throughout by Paulinho Da Costa, Bashiri Johnson and Sammy Figueroa.  The chorus is almost gospel-esque in its fervour and the excitement is genuine.  It was chosen as the fifth (!) single from the album and managed to get to number 9 in the US and 10 in the UK over a year after “Whitney” was released, despite almost everyone owning the album.  It is the third gem in a row. 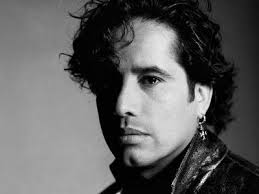 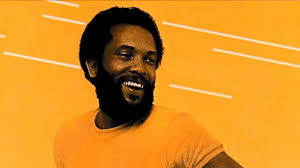 The voice of Whitney Houston was suited to the big ballads of Michael Masser and we have a perfect example of this next with “Didn’t We Almost Have It All” .  Written by Masser alongside Will Jennings this was chosen as the second single and gave the singer her fifth consecutive US number 1 single (in the UK it reached number 14).  It does feel a little similar to “All At Once”, which was the non-single highlight from the debut.  The performance is exemplary and once again underlines her versatility. What was the closing track on the vinyl edition is a track which didn’t really grab me when it came out but I think it has grown on me over the years.  Produced by Walden there is a spoken intro “I don’t why I like it I just do” and with its crashing  beat and sliding rock-guitar it feels like we are in Jimmy Jam and Terry Lewis territory with a track which could have almost fitted on Janet Jackson’s breakthrough “Control”.  It hits a definite groove but in the chorus the vocal is a little shrill and doesn’t really go with the low-down funky sound.  I may be in the minority here as it was chosen for the third single and became her 6th consecutive US number 1.  In the UK it made number 5 and I seem to remember the single mix was a little different and a little more clubby than this original version.

Next up is the pretty “Where You Are” where Whitney trills quite amusingly over the word “magazine”.  Lyrically, I’ve always felt this track is a little dodgy but production from Kashif (his only contribution to the album) is excellent and there’s a sterling sax solo from Vincent Henry.  It’s back to the clubs with “Love Is A Contact Sport” which begins with a nod to the great Edwin Starr with the boys chanting “Contact”.  Produced by Walden it does have the feel of the type of rocky dance track that the Pointer Sisters had been scoring with but it is all done with great charm.  It’s a good fun track which survives every cull on my MP3 player so it must have a great deal going for it. 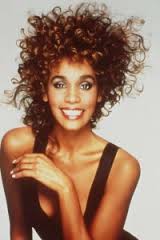 “You’re Still My Man” sees Michael Masser writing with veteran songwriter Gerry Goffin and is another quality ballad.  It has a lovely orchestral sound courtesy of Gene Page who had worked alongside Barry White to get that Love Unlimited sound.  The Isley Brothers song “For The Love Of You” was always quite a complex track and had given them a number 22 US hit in 1975.  Narada Michael Walden has given it quite a chunky sound and has birds tweeting in the background but once you get used to that it’s actually rather delicious and mature-sounding.  It’s not the most immediate track on the album but has perhaps a stronger R&B flavour than what has gone before.  “Where Do Broken Hearts Go” was reminiscent of the tracks Jermaine Jackson produced for the first album although it is the sixth of the seven Walden tracks.  Single number 4 it became the 7th consecutive US chart-topper for Whitney (a chain that was broken by 1988’s “Love Will Save The Day”).  In the UK it made number 14.  It’s one of those cases of mis-heard lyrics – I remember Capital Radio DJ Chris Tarrant had a thing about this record when Whitney sings “I love you desperately” it does sound like “I love you Dennis Bradley” and Chris phoned up people he could find called Dennis Bradley to find out what was going on with the superstar singer.  This is another track co-penned by a veteran soul act, this time Chuck Jackson who was an early interpreter of Bacharach and David songs and had recorded for classic R&B labels Scepter, Motown and All Platinum. 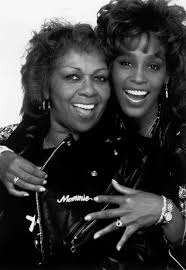 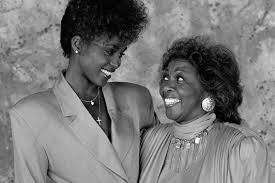 The album’s closer is interesting and a surprising highlight.  Was it Arista head honcho Clive Davis’ idea to finish a fun, young sounding album with a broadway ballad from “Chess” written by Tim Rice and Benny and Bjorn from Abba?  In the UK we know this track so well as it had been a 1985 chart-topper for Elaine Paige and Barbara Dickson and the decision was made to revive this pairing Whitney up with her mum, the hugely under-rated Cissy Houston.  Because the production is close to the original and the song is so familiar and by 1987 seemed somewhat hackneyed it has to rely on the vocal performance and these two come up trumps.  Cissy’s voice is full of the warmth and soul she passed onto her daughter.  Whitney’s voice is the lighter but when the two come together the combination is explosive.  There is a note where they sing “apart” which is just terrific.  This is another track which is a constant on my I-pod.  I love it when Cissy sings “he needs his fantasy and his freedom”.  Whoever had this idea, it was a great one.  At the time I needed convincing as I’d never been a fan of “I Know Him So Well” but their version has certainly warmed me to it.

So a number 1 album with one UK number 1 single and no less than four US number 1’s.  Only seven albums in US chart history have equalled that. In the US it went 9 times platinum, in the UK where it spent 101 weeks on the album chart, seven times platinum.   It was a record breaker from the word go as it was the first ever album by a female artist to go straight to number 1 in the Billboard charts.  It was a commercial blockbuster and is the most satisfying of Whitney’s studio albums.  Under the surface, however, there were simmerings and Whitney suffered the backlash which often comes with huge success.  Had Whitney distanced herself from her African-American heritage by making such a pop sounding album and where would she go from here?  I’ve not finished with Whitney Houston yet so hopefully we will find out soon……………………