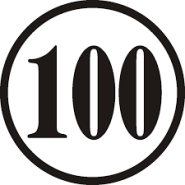 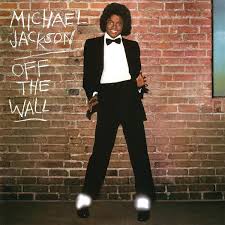 1979 and disco music is dominating the airwaves.  A little late to the party were a group who were made for the uptempo disco sound – The Jacksons.  Since leaving Motown they had dabbled with Leon Gamble and Kenny Huff who imbued them with the smooth Philadelphia International Sound.  Although “Show You The Way To Go” became the first UK number 1 for the group in 1977 the hits had tailed off, especially in the US where this UK chart-topper only reached #28.  However, things revived for them as towards the end of 1978 the group were back in the UK Top 10 with “Blame It On The Boogie”, a cover version of a song written and recorded by British songwriter Mick Jackson.  This set off one of those chart battles which saw Mick reach number 15 with the original and The Jacksons get to number 8.  The US passed on both versions, surprisingly, as over here it is one of the disco songs that the group is best known for.  Fortunes changed when they kept with the disco theme and released “Shake Your Body (Down To The Ground)” which took them back to number 7 in the US (their first Top 10 hit in three years) and to number 4 in the UK.  This funky little dancer gave a boost of confidence to the lead singer and got him thinking about more solo work. 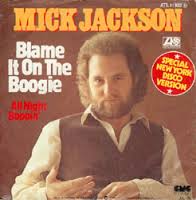 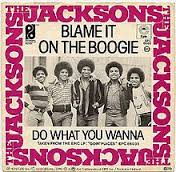 By 1979 Michael’s child solo star days were well behind him.  His last couple of albums for Motown had not been big sellers and the twenty-one year old had emerged from an awkward adolescence not exactly brimming with confidence about his future in the music business.  He was excited about the ascendancy of Disco music and was an occasional visitor to Studio 54.  He had never had much creative control of his music when he was with Motown and began looking for a producer who he could work with and who would be prepared to encourage and nurture him as a songwriter and performer.  He contacted Quincy Jones, who had produced him on the movie soundtrack for “The Wiz” and Quincy suggested himself. 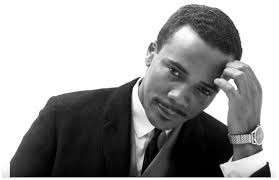 This was a good match right from the start.  Quincy had been around for years and had won Grammy awards as a Jazz musician, producer and arranger and had scored a number of films.  From the mid 70’s his solo work (solo in that it was released in his name, but really ensemble pieces with artists who he would work with for many years) had formed into a sound that was very much his own, a blend of sophisticated funk.  This crossed over into the pop charts with his work with The Brothers Johnson, especially “I’ll Be Good To You” (US#3- 1976).  Jackson could easily be incorporated into that sound.  Michael was brimming with ideas but needed some help in bringing them alive.  In J.Randy Taraborrelli’s biography “Michael Jackson: The Magic And The Madness” (1991) he quoted Jones remembering that Michael was “very, very introverted, shy and non-assertive.  He wasn’t at all sure that he could make a name for himself on his own.  Neither was I.”

During their work together, choosing a selection of songs for the album more than a little magic obviously happened because the end result when it was released in September 1979 was a sensation. For me it remains the best solo Jackson album, even though it wasn’t his biggest seller.  Michael Jackson, the adult superstar had arrived.   The fact that something special happened was backed up by Quincy Jones who had certainly changed his tune when he prophetically said;

“We accomplish so much in a single session, it stuns me.  In my opinion, Michael Jackson is going to be the star of the eighties and nineties.”

It’s not so much of an album as a laying out of wares.  Jackson is putting out the shop stall which will see him right for the rest of his career.  The opening track, and first hit off the album was a game-changer.  Jackson mumbles his way through the intro (we hadn’t heard that before, but we’d hear it again) there’s an early showing of what becomes a trademark “Whoo!” and for the first time Jackson is singing in a falsetto voice, so very different from the hard-singing belt it out juvenile of “I Want You Back”.  We’d not heard Jackson like this before and we liked it.  The song itself, written by Jackson, has great production but is, dare I say it, a little empty and repetitive.  It was good enough in 1979, however, as it became the lead single for the album.  “Don’t Stop ‘Til You Get Enough” became his first US number 1 pop hit for 7 years and reached number 3 in the UK. 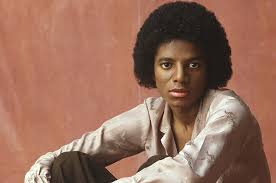 With history behind us we might think that this album would have been one of the biggest hits of the late 70’s, but it did not top the charts either in the UK or US (it did in Australia).  It did, however, hang around the charts for ever and has been a solid seller ever since of over 20 million, which is a paltry amount compared to the 65 million+ of “Thriller”.  It did become, however, very much a singles album as it was the first album ever to have four US Top 10 singles taken from it and on a ten tracker that is pretty impressive.  It’s as if Jackson needed this album as a springboard to becoming a phenomenally selling album artist from this point on.

Jackson has three compositions on “Off The Wall”, one written with Louis Johnson of The Brothers Johnson and he keeps his contributions very much geared towards the dance floor.  “Working Day And Night” is a solid dancer but for me my favourite of the three is the Jackson/Johnson track “Get On The Floor”.  However good Jackson’s own tracks are there are better on show.

The real find was British songwriter Rod Temperton who had to this point been known as a songwriting member of British band Heatwave, most famous for “Boogie Nights” which closing track “Burn This Disco Out” has the definite feel of.  Temperton is responsible for two of the stand-out tracks which both became hit singles.  “Rock With You” is a subtle little dancer, which gave Jackson his second US number 1 in a row (UK#7) and “Off The Wall” (US#10 UK#7) marries this new Jackson sound with the Quincy Jones sound perfectly.  With the backing vocals and feel of the song Quincy would incorporate this sound in later recordings both attributed to himself, and with George Benson and Patti Austin amongst others. 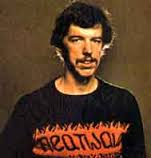 It may have been the lack of confidence as to how well this album would sell which would lead to song selections of two of the biggest superstars of the 70’s.  Stevie Wonder’s “I Can’t Help It” was written alongside the then-Supreme Susaye Green and with its Stevie Wonder feel is a nod back towards the Motown days as well as sounding very contemporary.  “Girlfriend” is written by Paul McCartney, starting off a musical relationship which would lead to one of the poorer tracks on “Thriller” and a reciprocal arrangement on the ex- Beatles 1983 “Pipes Of Peace” album –  “The Girl Is Mine” and “Say Say Say”.  McCartney has Jackson as something of a tell-tale in this song – a role he had certainly played before in the Jackson 5’s “I Saw Mommy Kissing Santa Claus” in which he is a right snitch and which for some reason I have to listen to every Christmas.  I think “Girlfriend” is the best of the Jackson/McCartney association. 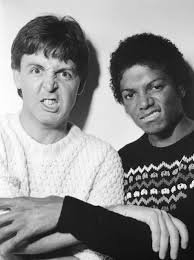 Carol Bayer Sager and David Foster’s song “It’s The Falling In Love” had already been a US chart-topper in 1975 for Hamilton, Joe Frank and Reynolds.  It reached #33 in the UK as we were not so fond of this type of country influenced soft-rock over here and it sounded like it was by a team of solicitors! Jackson and Jones transformed this into a lovely soul ballad and drafted Jones’ musical muse of the time Patti Austin for some lead vocal lines and this ends up certainly one of the tracks that has got even better with time.

This leaves us with one track, another game-changer.  “She’s Out Of My Life” was an early example of the frail, fragile ballad that Michael and also sister Janet would return to again and again in their careers.  It really shouldn’t work – it is so full of emotion that the whole thing could come off as cloying.  The vocal purposely lacks confidence and the vulnerability of the singer shines through.  There’s even what was reputed to be real tears towards the end causing the vocal to further crack.  This is miles away from the vocal on “Got To Be There”.  It’s understated and performed with such honesty that it won the public over getting to number 10 in the US and performing better with us sentimental Brits getting to number 3.  It always feels like we are eavesdropping into something we shouldn’t be and any song which features the word “cavalier” is alright by me.  For anyone who wants a less understated version of this song written by Tom Bahler let me point you in the direction of Patti Labelle and her “Classic Moments” CD where she matches Jackson in the overwrought stakes yet typically gives it all she has got. 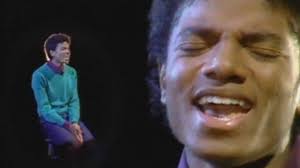 Michael Jackson reaffirmed his superstar status with this album.  He had hoped that sales would have been higher and he was disappointed with only winning one Grammy (Best R&B vocal performance for the first single).  He told everyone he would try harder next time.  Reuniting with Jones the pair came up with “Thriller” in which they went for a more broader appeal.  For me that album has a rockier and poppier edge (and that is even more the case with “Bad”) than the more R&B styled “Off The Wall”, which is why I prefer this first collaboration.  However, there might very well be 65 million people who disagree with me.

Postscript:  As I am doing this run-down of Essential CD’s alphabetically rather than chronologically my next 100 CD post will be the one I have put at the top of the pile.  Any ideas what that could be?  A look at those I have favoured might give you some inkling – but I don’t think I’m that predictable….Only two weeks to wait.