This one-off programme filmed, animated and directed by Sam Benstead featured a group of children in the Reception and Year 1 classes of Kingsmead Primary in Hackney learning to read over a period of a year.

I was drawn to it because I have always been fascinated as to how we become readers and these very early experiences can often shape our experiences for the rest of our life.  The teaching of reading in this country is also fascinating and the complexities of the English language has tended to mean that different approaches come and go in favour and there isn’t a method that fits everyone equally.  When I was teaching infant children the “ phonic method” was a little bit overshadowed by the “look and say” approach.  There were moves towards learning to read from “real books” using context cues as the main impetus for unknown words.  Since the introduction of the Literacy Hour in Primary classrooms phonics have once again come back in fashion and this was certainly where the emphasis was at Kingsmead Primary. 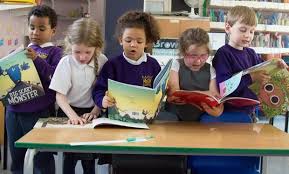 I learnt to read myself at a slightly confusing time for phonics as in my school for a while a new system was temporarily introduced.  This was known as the Initial Teaching Alphabet (ITA for short) and our classrooms became full of books that were written in another phonetic alphabet which used unfamiliar symbols as diphthongs and joined consonants.  For some reason (probably to do with the lack of confidence of the teachers with this new method, which admittedly did soon fall out of favour) the methods were run side by side and when we went up to the read to the teacher we would read the ITA books in this strange elongated voice, reminiscent of the vowel sounds of Janet Street-Porter.  At time watching this programme I was reminded of this. 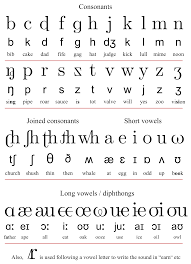 Got it?  Now use this to read this? 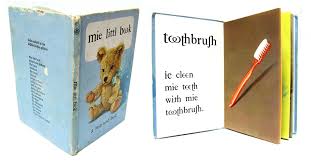 The children certainly had the phonic sounds hammered into them.  It actually looked quite fast and fun.  Phonics was described in the programme as “a language only children can understand.”  The school’s aim was to get the children reading independently by the time they left the Reception Class and obviously, children being children and developing at differing rates this had differing results.  We met a number of new readers including Sienna who had decided at age four that she didn’t like books and Taijah, a Year 1 girl with extraordinary reading skills who provided a fair amount of the narration for the programme.  It was compulsive viewing to be let back into a world which we, as adults, whose school days are far behind them have largely  forgotten what happened- how we ourselves learned to read.

Once you have children, however, the memory comes back.  The parents of the children were given an important role in the acquisition of skills and this programme showed that where this was thorough and consistent then very good results can be achieved.  The parents of twins, Nicholas and Stephan, found themselves with one child who wanted to read and one who wanted to spend “just some more time under the table to think.”  In a rather telling scene for the disadvantages of phonics and a lot of early readers in general   Stephan went through a book with his teacher predicting the text and claiming that the book was boring.  (He was right).  At a parents’ meeting his mum and dad expressed the concern that phonics did not really work for him, but they continued to persevere and towards the end of the summer term we saw  Stephan again, a changed boy and one who was well on the way to achieving the school’s aim of making him an independent reader by the end of the year.  There was also a lovely family visit to a Waterstones bookshop.

The budding readers were given a sheet of paper which said “My name is X. I am y years old” and it was interesting to see their strategies.  They were having a go at sounding anywhere on the sheet rather than going from the beginning.  This did seem to confuse a number of them as they were doing it in such a disjointed way that it was too much for them to put together.  This have a go at sounding wherever you recognise a sound must be a method taught to them at school.  The results were not always successful but at least they had the confidence to take a crack at it.

Maria’s Portuguese parents were also shown having great determination.  Maria was not reading at all for a chunk of the programme.  A list of days of the week with Dad were reliant on her memory which failed her whenever she came to read Sunday (Monday? Thursday? Tuesday?) but once again as the narration said “When we started this journey words were monsters but now they have become our friends” – and, as we book fans know, that is a life-long friendship.

You might have noticed at the opening of this I credited the film-maker with also animating.  This was mainly some story sequences that were filmed with puppetry and stop-motion animation.  I actually found some of this a little unnerving.  It reminded me of children’s television from when I was young which came from Europe and which often scared the pants off me.  I’m not sure how necessary it was for Sam Benstead’s programme other than being another string to a bow.  I personally found the school based scenes involving enough without it.  Maybe the effect was to give a chill to the adult audience and bring back some childhood recollection of them learning to read.

The programme showed you were going to get children to be readers by immersing them in books both at school and in the home.  The school would provide them with the techniques to get them reading but this needed to be supported by the parents and enriched with stories and the whole world of books.  The twin’s mum found a way of introducing death which they had been facing as a family through a book (“The Journey” by Francesca Sanna) illustrating  another very important purpose of books which will remain with us throughout our lives.

The programme clearly showed the method of getting a child to become a reader.  It did suggest for many it might be initially an uphill struggle but consistency, perseverance and finding the right books would definitely pay dividends.  We all know all this but it was good to see this proved over a year at Kingsmead Primary.

B is for Book was shown on BBC 4 on Tuesday 5th July.  It is currently available on the BBC I-Player catch up service.