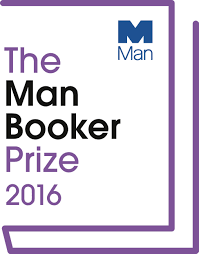 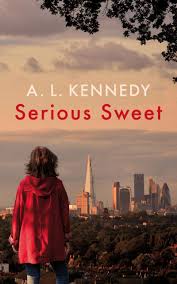 I was mid-way through this, my 9th of the Booker longlist reads when the shortlist was announced.  This wasn’t on it but I kept ploughing on.  This does mean, however, I’m abandoning plans for now to read the other two that did not make the cut- “The North Water” by Ian McGuire and “Hystopia” by David Means in order to concentrate on the two I haven’t yet read on the shortlist.  (For more info about this see here).

I have a bit of a chequered reading history with A L Kennedy.  When “The Blue Book” came out in 2011 I decided that a love affair between two mediums would be right up my street and added it to wish lists and to be read lists.  To whet my appetite (as I decided to wait for the paperback) I read a short story collection from 1994 “Now That You’re Back” and it really did nothing for me.  Only one of the stories, the one that bore the collection’s title grabbed me in any way.  In fact, so put off was I by the experience that “The Blue Book” found itself being removed from the wish lists and to date remains unread.

Now I appreciate that “Serious Sweet” is Kennedy 22 years on and it was time for a reappraisal.  I read it with an open mind but I cannot say that I’m surprised that it did not make the shortlist.

This is the story of two characters somewhat adrift in modern London.  Meg is an ex-alcoholic who works in an animal shelter and Jon is a civil servant, working in Whitehall, who is disgruntled with just about everything.  The story opens with a scene which touches on a bit of a phobia of mine as Jon attempts to free a young bird trapped in some netting.  The detail and level of observation in this was too much for someone who regularly has nightmares about this kind of thing.  The author was not to know how disturbing I would find this opening but it nearly caused me to abandon the book (something I just don’t do).

Away from the bird incident Jon struggles to get to work, where all, we quickly sense, is not right.  The time ticks away in this book and yet Kennedy has the ability to regularly make time stand still through the detail in her writing.  There are regular little stand-alone vignettes of London life which are beautifully observed but become insubstantial.

We know that at some point Meg and Jon will meet, but not the circumstances.  Each seem rather bound up with internal monologues of anxiety and self-centeredness.  There will be times when you will be very frustrated with these characters and you may not care about those circumstances.  I read this on the Kindle and at about 80% through I discovered I was actually riveted by the potential of the plot and the way in which it had been set up.  This did not, however, fully sustain me for the rest of the book.

I did enjoy this significantly more than my previous experience of the author and “The Blue Book” is back on those lists again but I still feel there is something about A L Kennedy that is very much an acquired taste.  Is it because of too much internal ponderings by the characters and the jumping between first and third person narratives which ends up making “Serious Sweet” rather jarring?  On Amazon  some reviewers not prepared to mince their words have used “dull” and “ tedious” but there is something there- certainly enough to get it recognised by the Man Booker judges but for me, whatever it is, it’s not there consistently enough to make this an extra-special reading experience.

Serious Sweet was published by Vintage in May 2016.  Many thanks to the publishers and Netgalley for the review copy.