Sometimes a book idea seems so odd you just have to go with it.  I spotted this volume lurking, not totally appropriately, on the Historical shelves of my local library.  Needing a historical book for a square on my Book Bingo Card I pulled it out and discovered it was a “Create Your Own Jane Austen adventure”.  Having had a soft spot in the 8o’s for those Steve Jackson and Ian Livingstone “Fighting Fantasy” books and others of the choose your own adventure ilk, I thought I’d give it a go.

The plot follows, with some digressions of incidents from other novels, “Pride and Prejudice”.  (Unsurprising, given the title).  You  are given 200 Intelligence and Confidence points, 50 Fortune points and no Accomplishments nor Connections and sent off in a non-consecutive way to skip backwards and forwards through the book with the aim of snaring Mr Darcy.  A stickler for rules, I played just as Webster intended and had very soon slipped into a negative fortune (why does that not surprise me?)  I had a limited number of accomplishments and a lot of personal failings (rather like your average Jane Austen character then). Readers’ paths will deviate in the book through some random choices (“Will you go left or right?”) and by answers to quiz questions but these choices are not as frequent as I was expecting, suggesting that the structure is not as complex as some of those old “Fighting Fantasy” titles.  You will not need any dice but there is a lot of adding and subtracting points over which the reader has no control or influence. 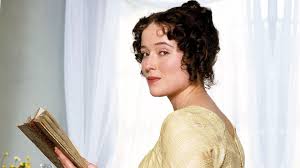 What would Elizabeth Bennet do?

I stuck with it by thinking “What would Elizabeth Bennet do?” and this fair-enough strategy worked up to a point and I felt I was working through the book successfully and that Mr Darcy would fall for my charms! I’d got to Stage 3 and admittedly the novelty was wearing off, somewhat, and I was getting a little, dare I say it, bored with the lack of variety in the game play.  Introducing sub-plots taken from incidents in the other novels or Jane Austen’s life are sent to trip the reader up  and in Stage 3 I rather randomly ground to a halt after an evening at Hartfield Hall.when my carriage crushed poor old Mr Elton, from “Emma” to death

I felt somewhat cheated as I thought I had been playing an exemplary game and carried on reading the book only to face death myself in Stage 4, before managing to get Mr Darcy up the aisle in Stage 5.

It is an interesting concept (perhaps one that has been superceded in strangeness by linking Jane Austen with zombies) but it is overlong and it would probably be more likely to be sit on an Austen fan’s shelf rather than devoured in full.  It’s quite a fun bit of nonsense and kept me occupied for a day or so.  Its tongue is firmly in cheek which will endear it to some and irritate others.  It might be more of a book bought as a gimmicky gift for a Jane Austen fan than one chosen by the fan herself.

Being Elizabeth Bennet was published by Atlantic in 2007