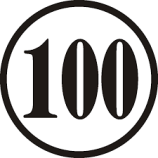 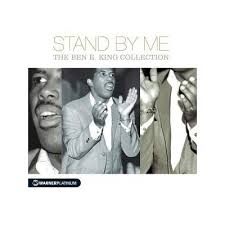 Stand By Me: The Ben E King Collection (Warner Platinum 2005)

The story goes that in 1958 twenty year old Benjamin Nelson was lead singer of a group called The Five Crowns.  They had a good local following and appeared at the famed Apollo Theatre in Harlem alongside a much bigger group The Drifters.  The Drifters had come off a run of big hits but since their lead singer Clyde McPhatter had left the group had become directionless.  Something their manager George Treadwell was aware of.  He sacked the whole group and took the Five Crowns on as The Drifters, who now had a new lead singer in Nelson, who had a likeable baritone voice.  Originally not a popular move with concert-goers the new group went into the studio and began a run of all-time classic hits.  In time Nelson became Ben E King and as the lead voice of The Drifters recorded such songs as “Save The Last Dance For Me”, “This Magic Moment” “Dance With Me” and “I Count The Tears” four tremendous tracks which appear on this 20 track CD and have also been discussed in what is very much a companion Essential CD – Dance With Me- The Drifters Collection also released by Warner on its Platinum subsidiary label in 2005. 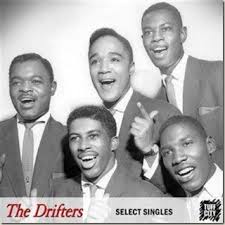 King’s tenure as lead vocalist for the Drifters was surprisingly short-lived.  After approaching the prickly Treadwell for a rise which was turned down King went solo.  Like McPhatter before him he was retained by Atlantic Records.  In 1960 he began working with Jerry Leiber and Mike Stoller – two of the greatest songwriters and producers of this era.  Working with them at the time was a young wannabe megalomaniac Phil Spector, who had come off a number 1 hit of his own as part of The Teddy Bears- whose “To Know Him Is To Love Him” is macabrely surely the only hit that is based upon the epitaph on a writer’s (Spector again) father’s gravestone.  Spector hung around studios absorbing everything and wrote alongside Leiber and Stoller (although only Leiber was credited at the time) “Spanish Harlem”. 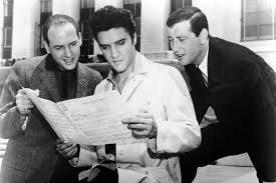 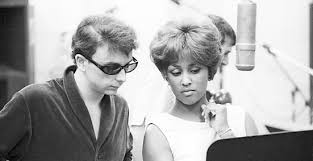 This is a lovely song which is just perfect for King’s crystal clear delivery and excellent diction.  The latin flavour gives it very much a feel of what he had been doing with The Drifters.  This became his first solo hit reaching number 10 in the US charts. In the UK a cover version by Jimmy Justice went to number 20 in 1962, the same year he also scored a top 10 hit with a version of the Drifters’ “When My Little Girl Is Smiling.”  Eleven years later Aretha Franklin did better with her version (US#2, UK#14) and whereas there is no faulting the Aretha vocal it does feel very much like a cover version. 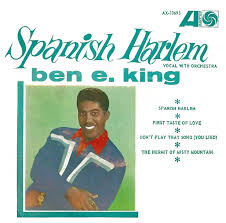 Aretha also had success with another song on this album “Don’t Play That Song (You Lied)” written by Ahmet Ertegun and Betty Nelson (Ben E. King’s wife).  King’s original is taken at quite a leisurely pace and became his 4th US Pop Top 40 hit reaching #11 in 1962.  Aretha took it at a more urgent pace with a gospel call and response feel and in 1970 also got to #11 in the US and #13 in the UK.  I like the original version but I think in this case Aretha’s cover is the stronger track – making it one all between them. 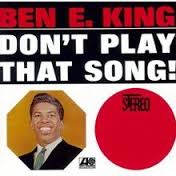 Between these two Aretha covered single releases came the song which is an all time soul classic. I get goosebumps from the first moments of the introduction of “Stand By Me” that scraping guiro sound and guitar riff.  It is a superbly written song and one of the most significant pop songs of the 1960’s.  Written by King alongside Leiber and Stoller it was originally intended for his old group, The Drifters, who passed on it and King ended up putting his marvelous vocal to the track.  Released in 1961 after “Spanish Harlem” it reached number 4 in the US charts becoming his biggest hit.  In the UK it stalled at an inexplicable #27, matching the chart position of his previous UK hit “First Taste Of Love” (a track not on this CD).  It was a song that would not fade and artists such as John Lennon and Kenny Lynch had hits with it.  It has been a hit in many different languages and over 300 artists have recorded a version.  The music world had not finished with Ben E. King’s version, however.  In 1986 the song was central to the excellent film of the same name directed by Rob Reiner and starring River Phoenix.  It fitted the mood of the film perfectly.  It was re-released in the US where it got to number 27 and in the UK was concurrently used in a Levi 501 Jeans advert.  This, together with the exposure in the film, certainly did the business and in February 1987 it topped the UK charts for three weeks.  In 1999 it was certified as the 4th most played song of the century.  In 2015 it was entered into the US National Recording Registry because of its immense significance.  A 2012 BBC4 TV show “The World’s Richest Song” placed it as the 6th highest earning song of all time- a massive achievement when you consider “Happy Birthday” and the once a year most famous Christmas songs were on the list.  “Stand By Me” is certainly worth the price of this CD alone. 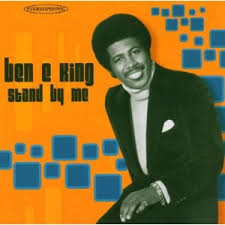 But there is more to Ben E King than “Stand By Me” although after this release in the early 60’s he was suffering from diminishing returns.  The delightfully cheesy old Bing Crosby hit “Amor” in which King is really playing around with his vocal was a follow-up single (US#18, UK#38).  For a man who penned one of the greatest hits of the century it is surprising that King became somewhat fond of the cover version and we do have quite a few on this CD.  There’s an odd version of “I Could Have Danced All Night” the “My Fair Lady” song which just doesn’t work, there’s a good “Moon River” and a passable “Dream Lover”, which doesn’t challenge the Bobby Darin original.

King also recorded the first English version of a standard pop song “I (Who Have Nothing) an Italian song with English lyrics by Leiber and Stoller and got to number 29 in the US in 1963.  This is a song which became better known by artists such as Shirley Bassey, Tom Jones and Sylvester and which for some reason does not appear on this CD.  What does appear is King’s version of another song associated with Bassey- “What Now My Love”, an English language version of a big French chart-topper by Gilbert Becaud. Bassey had reached the UK Top 5 in 1962.  King’s version, recorded two years later, shows him having a good go, without getting the chart success of later American versions by Sonny and Cher, Herb Alpert and Mitch Ryder.

The lesser known songs of this period are amongst the highlights of this CD.  “Walking In The Footsteps Of A Fool” from 1962, “Here Comes The Night” from 1961 and “It’s All Over” from 1964 are all great examples of songs which straddle the lines between pop and the developing soul sound.  By 1964 the British Invasion was dominating the UK and US charts and the huge popularity of Motown was introducing a younger R&B sound and many artists including Ben E King found their hit careers stalling.  There’s evidence in some of the later tracks of King trying a more gutsy vocal- in fact, his vocal on the 1966 track “What Is Soul?” is pushing him into the Otis Redding/Wilson Pickett bracket.  It is somewhat overdone.  It actually sounds less like Ben E King and more like the vocals of the Gibson Brothers of “Que Sera Me Vida” fame but it’s a determined effort to fit into the more Southern soul sound of the mid 60’s. 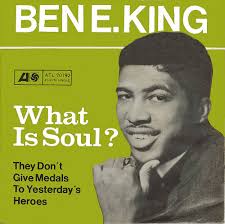 And suddenly Ben E King in the mid 70’s was relevant again.  This was a result of the closing track on this CD the space age disco-funk of “Supernatural Thing” which gave him a US #5 Pop hit in 1975- some 14 years after his first hit.  Saved from the oldies circuit he recorded an album with Scottish funksters The Average White Band, which was critically well received, especially “A Star In The Ghetto”.  Twelve years after this his fortunes would change again with the re-release of “Stand By Me”. 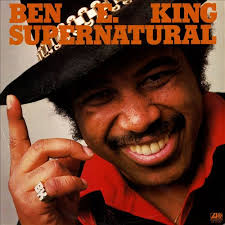 Ben E King died in 2015 at the age of 76.  He was survived by his wife Betty, who had penned “Don’t Play That Song”, after a marriage of over 50 years.  It is inevitable that he will most be remembered by one song but there was a lot more to his career than this and a handful of vocals for The Drifters and this CD is an excellent example of this.