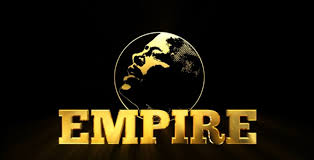 Midway through Season 3 this dynamic series took what felt like a very extended break.  (In the UK the mid-season break is still seen as a strange thing where US viewers seem to take it in their stride).  I was very much missing it and hoped to rely on my Sky Planner to pick up on the series’ resumption to get my dose of the manoeuvrings of the Lyon family to liven up the long winter nights.  My Series Link did not pick it up and it was lucky that I caught a trailer in the ads of the only other E4 show I watch (“Tattoo Fixers”). The Sky Box let me down but “Empire” certainly hasn’t. 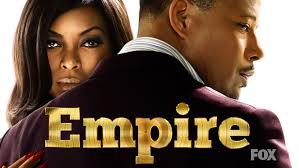 I’m old enough to remember when American family dysfunction topped the television ratings over here with shows such as “Dallas” and “Dynasty” and “Empire” is the natural successor to these over-blown tales yet is rather lost here tucked away on E4.  I love this show.  It has an epic grandeur that can be seem to be almost Shakespearean at times and yet is set to a hip-hop beat. 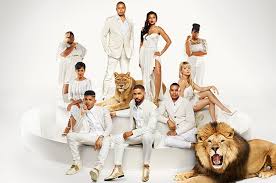 “Empire”  is an R&B record company owned by Lucious Lyon (Terrence Howard) – a former rap superstar.  Amongst his artists (they seem to come and go somewhat) are his two sons, girl magnet rapper, Hakeem and soul singer Jamal.  His older son Andre is on the board of the company.  Jamal challenges the prejudices and stereotypes of the hip-hop community by being gay (something Lucious himself is very uncomfortable with).  To add to the positivity of the programme he is played by Jussie Smollett- an out gay actor. 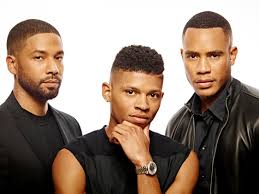 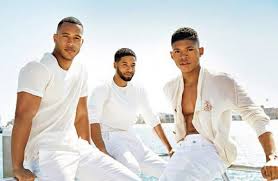 The show centres on the music but it would be wrong to give the impression that you need to be a hip-hop fan to enjoy it.  In the first two series the music was produced by Timbaland and it was believed that it would spawn many chart hits as the series progressed with tracks being released quickly as had been so initially successful with “Glee”.  This didn’t happen although the music was every bit as relevant as today’s chart music.  For series three Rodney Jenkins (producer of hits for Michael Jackson, Whitney Houston, The Spice Girls, Jennifer Lopez amongst many others) and songwriter Esther Dean have taken over the music duties.  The music now still has a central place yet does not appear to be quite as dominant as in the early episodes- perhaps when it was being used more as a marketing strategy.  Now there’s usually some kind of showcase or event (think the Oil Baron’s Ball on a weekly basis- Dallas fans) where the music is featured but it is the over-the-top drama which is the show’s real strength. 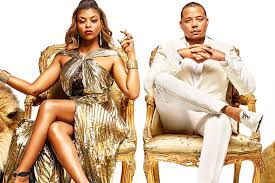 And much of this comes from the fabulous creation that is Cookie Lyon, being played as a real tour-de-force by the formidable Taraji P Henson.  Cookie is the former wife of Lucious who took the rap and a seventeen year prison sentence when they were both dealing drugs to found Luscious’ early music career.  Now freed, Cookie wants what she feels is rightfully hers.  There has not been so much manipulation and one-upmanship since JR and Sue Ellen Ewing hung up their Stetsons.  In this resuming episode Cookie took a baseball bat to Lucious’ record label memorabilia and gold records in an attempt to get even over his latest slight.  (The trigger here was Lucious’ current wife, Anika (Grace Gealey) being promoted into a position of power for the umpteenth time.  She is incidentally, also the mother to Lucious’ youngest Hakeem’s baby and pushed Andre’s wife to her death). 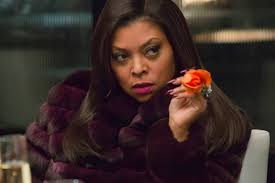 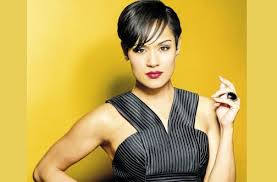 There’s been enough murder, treachery, catfights, staircase falls, interrupted weddings, hidden family members  and sex scandals to make Aaron Spelling weep with joy and like no other shows since the glory days of “Dallas” and “Dynasty” this is done with quality and conviction.  You could watch it to laugh at it but there’s something about the family dynamics, the big star cameo roles (Naomi Campbell, Courtney Love, Alicia Keys, Mariah Carey, Kelly Rowlands amongst others) and top-notch performances from the leads, and also from Trai Byers as bi-polar Andre and Andre Royo, in his best role since Bubbles in “The Wire” as Thirsty Rawlings, the Lyons’ dubious legal adviser which draws this particular viewer right in.   The good news is that Series 4 has been given the go ahead, so there’s plenty more life in this show yet. 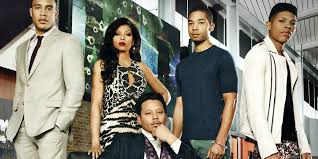 Empire is currently on E4 on Monday nights at 10pm.  Earlier episodes can be found on the All Four catch-up service.