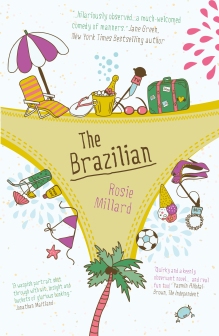 In a Victoria Wood tribute I watched recently I saw for the umpteenth time “The Shoe Shop Sketch” and I laughed at every single line, as always, feeling almost overwhelmed by laughter at the end.  Such a clever writer.  It got me wondering what would have happened if Victoria had followed the lead of chums Celia Imrie and Julie Walters and written a novel.  Would she have gone for comedy and would it even have worked?  Would it have been possible to sustain her brand of humour (which I find very funny) over the entire length of a novel.  To do this is notoriously difficult……

Legend Press invited me to read Rosie Millard’s second comic novel “The Brazilian”.  Rosie is a journalist and as BBC Arts correspondent has been on the TV herself a fair few times so eases herself into that group of women novelists that includes Dawn French,  Fern Britton, Celia Imrie,  Meera Syal and Helen Lederer who we feel we know something about already due to a public persona and “celebrity status”.  So long as they are written by the person named on the cover (not Katie Price then), I’m really quite interested in reading them.  In fact, it was a celebrity moment, a television appearance on the fairly ghastly sounding “Celebrity Five Go To Lanzarotte” in which Rosie took part which provided the inspiration for this novel. 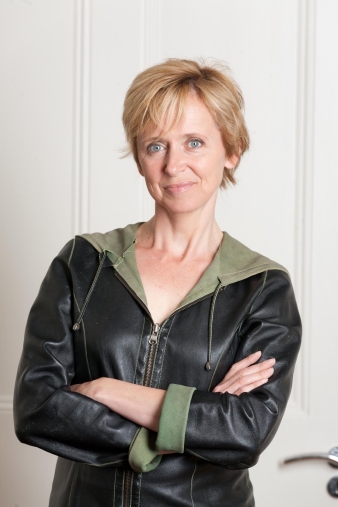 Rosie has cleverly incorporated the characters from her first novel about North London neighbours in “The Square” (2015) into a holiday setting, rather in the way that comedy classic “Are You Being Served?” did when it was expanded into a movie, but here with much better results.  I read and reviewed “The Square” and enjoyed it as a North London comedy of (bad) manners which evolved from the location so I initially felt that uprooting some of these upmarket existences felt like a bit of a risk.  I said of the first novel; “Most of the women are ghastly and the men not worthy of any of the female lustful attentions” but that certainly doesn’t diminish its comic potential and by opening it all out into a relaxed holiday setting the women can become more ghastly and the men less worthy.  Over the years much situation comedy has indeed focused on ghastly women and inept men.

The location for all this is Ibiza.  A couple of The Square residents have been chosen to take part in a daytime reality show “Ibiza (Or Bust)”; there’s a holiday for Jayne, Patrick and their son where a babysitter is needed and with boyfriends and wives making their way over to the island it takes about eight characters out of “The Square”.  I’m sorry that recently rich lottery winner Tracey has only a bit part to play here.  Central character this time round is Jayne who during her family holiday becomes more monstrous, self-centred and devious than in the previous novel.

The title refers to both a character from the Reality Show and a certain waxing Jayne has in preparation for her holiday.  The TV show aspect gives it more structure and ensures it builds towards a climax rather than lose momentum (which I feel “The Square” was a little guilty of).  There’s some new characters to spice things up.  I must admit I like my humour a little warmer than what is on display here but the prickly comic situations are enjoyable enough although I didn’t laugh out loud.

The cover compares Rosie Millard to Anthony Trollope, Jane Austen and Arnold Bennett but that’s more fitting of the socially mannered “The Square”.  If we’re looking for a classic comic comparison I’d be more likely to go with E F Benson and his monstrous characters Mapp and Lucia who gave him enough comic potential and staying power to last six novels.  I think there’s still potential for the author to go further with these characters.  Taking them back to “The Square” with their Ibiza experience behind them could pay dividends.  All in all, although I preferred the set-up of the first novel I think that “The Brazilian” is better structured, the humour is more sustained and therefore a more satisfying sequel.

The Brazilian is published on 14th June 2017.  Many thanks to the publishers for the review copy.