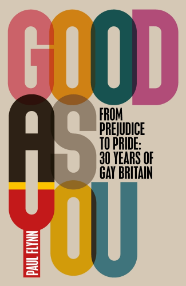 Subtitled “From Prejudice To Pride: 30 Years Of Gay Britain” Paul Flynn’s non-fiction publication seems a timely work.  Gay Pride has been particularly visible this year in our streets and through the media celebration of fifty years of the partial decriminalisation of homosexuality.  The grainy black and white footage of men dancing together at a house party has been used many times in various television documentaries produced recently.  Such is the paucity of images from this era.

Flynn uses a different starting point to show how far we have come in this cultural history of Gay Britain.  As a twelve year old boy growing up in Wythenshawe his life experienced a seismic shift around a TV on a Thursday night watching the perennial British game-changer “Top Of The Pops”.  In our multi-platform digital age it’s hard to recall just how influential to young Britain this show was.  Two acts with  openly band members appeared in 1984- The Communards and Frankie Goes To Hollywood, whose song “Relax” (banned by the BBC) seemed to suggest aspects of life certainly never portrayed on a chart-topping single before. 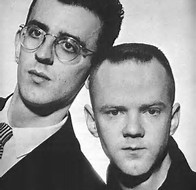 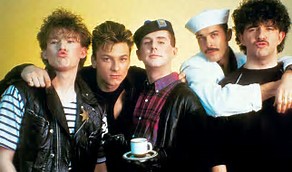 These highly significant acts challenged the stereotypical depiction of gay men for a generation brought up on John Inman, Danny La Rue and Larry Grayson.  As much as Quentin Crisp’s life portrayed in “The Naked Civil Servant” (1975) had been lauded as ground-breaking television (and it was) it distressed many unsure of their sexuality and probably banged as many closet doors shut tight at it opened. 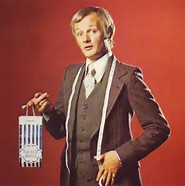 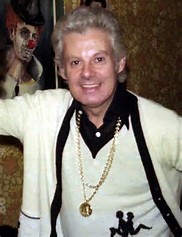 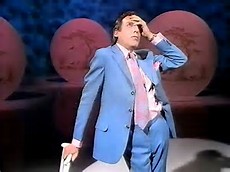 These men had their own part to play towards acceptance but we needed to open the closet door a little wider to let other representations and role-models out.

From this time forward the whole of British society begins to inch towards a time where equality and gay marriage becomes both possible and stops mattering to objectors so much that they think the world will implode if it happens.  It’s certainly been a one step forward one step back approach and Flynn records with this with clarity and conviction.  There’s the characters of Colin and Barry in “Eastenders” which for a time became “Eastbenders” after a hateful diatribe from the Sun newspaper after Colin gave Barry a peck on the forehead.  Michael Cashman, who played Colin, now sits in the House of Lords, an out gay pillar of establishment with a superb record on gay rights whilst the straight actor who played Barry found himself afterwards being turned down by children’s television because he had played a gay character on TV.  That move from unacceptability to acceptance and recognition is tracked in this book.  Following this ludicrous objection it seems extraordinary that within a short space of time we had “Queer As Folk”, Brian Dowling winning “Big Brother” and Will Young victorious in “Pop Idol. 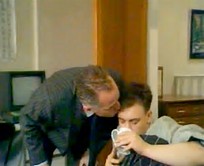 The kiss that supposedly distressed a nation

There is an examination of the music industry where Stephen Gateley was forced to open the closet door by a tabloid threatening to out him amidst a climate where the whole collapse of Boyzone’s career was anticipated should this information ever come out.  This was evidence that the Britain the media portrayed was different to how things were as his honesty was applauded and his popularity soared.  From here this nervous industry is followed to Olly Alexander from chart-topping Years and Years where his sexuality is just a given and who made a recent personal and brave documentary about the mental health issues of teens coming out.

Along the way there are chapters on the AIDS crisis and the British government response which undoubtedly saved many lives and terrified us all, regardless of sexuality or risk; the development of Manchester into a gay-friendly city; the importance of the pink pound leading to publications such as “Attitude” and the part sport has to play from the shameful treatment of Justin Fashanu, forced to put his head unwillingly above the parapet leading to a hounding which led to his suicide to Tom Daley, whose public coming out and marriage to a man, where the age difference might once have been deemed “predatory” being totally accepted because we all now understand that this national treasure is happy and living his life as he should.  Professional football still has a long way to go with these issues. 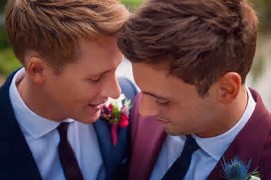 This is an informative, nostalgic read.  It is very much a personal response from Flynn who went from his Wythenshawe front room to a journalism career, to London, to ending up as a guest at Elton and David’s wedding.  He certainly has the experiences, the authority and involvement in what he records to offer his take on developments.  There were many things I had  forgotten, many things I didn’t know and many things I did not realise the significance of at the time, as to how they fit into this British journey “from prejudice to pride”.  It is a great read for the general reader, for anyone interested in social history and is a highly illuminating book on popular culture.  I really enjoyed it. Once again I find myself hovering towards the five star buttons but on reflection this is a book which feels very much of its time (2017) so might not have the lasting value my all-time classic rating of 5 stars would suggest.  But it’s certainly a very close call.

Good As You was published by Ebury Press, part of the Penguin Random House group in 2017.