Before seeing this 10 part crime caper advertised I’d never even heard of the AMC channel let alone watched anything on it.  It’s a BT channel and I am a Sky Customer so never expected to find it but there it was well tucked away on Sky Channel 192. I was interested enough in the premise of this to add the double bill of the first two episodes to my planner.

Snatch is loosely based on the 2000 crime comedy directed by Guy Ritchie and starring Brad Pitt and Jason Statham. I’ve actually never seen that film but I think the association comes more in the setting and style of the piece than any actual characters or storylines.  It has the Guy Ritchie coolness which made “Lock, Stock and Two Smoking Barrels” a hit.

The TV series provides the first dabbling in production for Rupert Grint, now 29, who spent a large chunk of his childhood as Ron Weasley in the Harry Potter franchise and may very well be looking now for ways to invest his millions. He is also starring in “Snatch”.  I was interested by his presence but this was not enough to get me going further than I would normally go with the remote control and the Sky Guide.  It hasn’t for example been enough for me to record his Sky 1 comedy “Sick Note” which started this week.  It was actually the supporting cast that got me interested enough to press record. 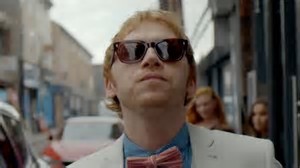 I’ve also recently been watching the DVD box set of the BBC1 series “The Musketeers” which I’ve had recommended to me from a number of sources but which completely passed me by when it was on TV.  It’s been a lot of fun and of course features Tom Burke, who I highly praised for his turn as Cormoran Strike in another J R Rowling adaptation as well as Luke Pasqualino, who makes a dashing D’Artagnan.  Luke here plays Albert, whose father is in prison after a botched gold bullion robbery when Albert was a youngster.  He is big pals with Grint’s Charlie, a bow-tie bedecked posh boy whose family has fallen on hard times.  This dynamic duo become a trio with boxer Billy.  He is played by the fabulously named Lucien Laviscount who had a stint as a teenager on “Coronation Street”, went into the Celebrity Big Brother house a few years ago and flirted with Kerry Katona andwho I last saw in the one episode I watched of American TV series “Scream Queens”, a Ryan Murphy creation which slots directly in between teen series “Glee” and adult gore-fest “American Horror Story” by being a teen horror series.  It didn’t work for me and gave up early on, I was fully aware that I was the wrong audience for this but it was great to see Brit Laviscount in the cast which also featured Lea Michele from “Glee”, Jamie Lee Curtis and teen heartthrobs Ariana Grande and Nick Jonas.  Since then there’s been considerable hours in the gym as he has an extraordinarily toned torso with something looking like it amounts to a 23-pack. 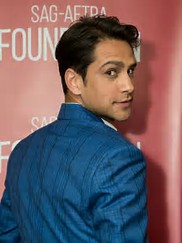 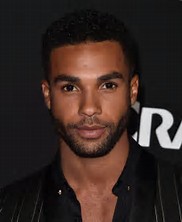 Interesting casting combination for a group of three lads who will in the weeks to come get themselves in deeper and deeper waters which will test the bonds of friendship.  It’s a young, slightly flashy stylish series.  By the end of the first episode the three who had indulged in small time crime suddenly found themselves in the big league when they unwittingly end up with a van of gold bullion.  In the support cast we get the fragile charms of Phoebe Dynevor (“Coronation Street” connection again, is the real-life daughter of Sally), and the always bankable Marc Warren as a beleaguered cop  and Dougray Scott as Albert’s jailbird dad.

Both of the two episodes I watched were good fun, well-paced, a little flashy but certainly I would not have given up on them at this point.  You can tell there is still a lot of mileage in the plot.  I recorded the third but when came to watch it was informed by Sky that this channel is not part of my package.  I could add it as a BT Sports package (don’t bother phoning me to try and persuade me to do this Sky, it’s not going to happen).  Obviously the first two episodes were being shown as part of a “Showcase” to lure me in, which it did, but I’ll get over it. 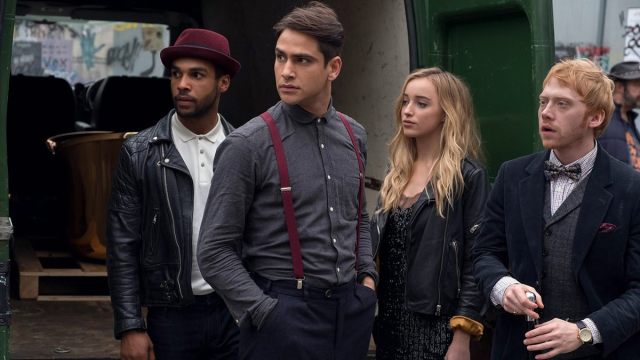 The boys with Phoebe Dynevor

There is still the feeling, held over from the years of two/three/four channel television that anything that does not appear on the main listings is somehow inferior.  I think in the first years of multi-channel TV in the UK, this was often the case.  The first years I had Sky I mainly watched repeats of things I’d missed out when first shown on terrestrial as well as the odd off-the-wall series.  Things now have certainly changed, not only because of shows like “Game Of Thrones” which has probably more than any other show altered people’s perceptions of Sky’s programming but also Amazon Prime and, especially, Netflix, who seem to be making shows that are too ambitious and expensive for the main networks to produce (“The Crown, anyone?  I watched this open-mouthed at the sheer quality of this production).  Perhaps just as recent as a year ago I would have been sniffy about an original series appearing on a channel like “AMC” (what does that even stand for?) assuming that it couldn’t be good enough for “proper telly” I now know better and this is one of the reasons why searching the schedules for buried treasure has become another joy of TV watching.  Hopefully, another channel will pick this series up in the future (like Fox has done with the very likeable Amazon hit “Lucifer”) and I will be able to see it to its conclusion.