I tend to steer clear of short novels.  They often feel a little sketchy for my taste, lacking in the depth of characterisation and plot which are probably the two things I seek out the most in my book choices.  I have though, often found myself attracted by the slim volumes by Susan Hill, most famous for her short novel “The Woman In Black” boosted by a long-running West End adaptation and a so-so 2012 film starring Daniel Radcliffe.  Up to now I hadn’t read any of Hill’s books.

That changed because the Isle Of Wight Library Service where I live and for whom I work have recently moved their platform of E-Books and Audio Books to Borrowbox, run by Bolinda, a major audio books publisher.  After training to show how much easier it was than our previous system I thought I’d do something I’d never done before and borrow an audio book.  As I know that my listening skills are fairly rudimentary I looked for something that would both appeal to me and be short and at 1 hour 40 this seemed to perfectly fit the bill.

The joy of this new system is you can stop mid-track, easily rewind and set a sleep timer for it to switch off.  I have listened to most of this in bed in 15 minute chunks over the last few nights, long enough to stay awake and short enough to keep me following the story.  And it has worked.  I have listened to it all and have actually slept better once I’ve switched off the light.

This all may seem rather obvious to the audio book listener but my experience with this format up to now has not been great.  I did have concerns.  If I’m just listening can I actually class “Printer Devil’s Court” as a book I have read?  If I can then what about my compulsion to review everything I read?  Would I even be able to produce a review without having the book to consult?  This one was more of a problem (I knew I wouldn’t be able to remember characters’ names without seeing them written down) so I borrowed a copy off the library shelves.  This I’ve done before with my only other experience of a spoken word novel when I took out a bulky set of CD’s of Robert Galbraith’s “The Silkworm” in addition to the book.  On first listen, I fell asleep, woke with no idea as to what was going on, checked the book to discover it was only a few pages in, which seemed such a ludicrously slow pace that I abandoned the CDs and read the book instead.  This time I told myself I couldn’t even open the book until I finished listening and I did manage to do this.

As an audiobook it kept me entertained, it didn’t get too bogged down in detail and I wanted to know what was going to happen.  I actually feel that on this occasion I would have been less drawn in had I just read the book, as the tale is slight.  It’s a ghost story of a group of young medics who experiment with bringing a woman back from the dead.  It is rich in atmosphere but not much happens and it’s not at all scary. The horror is largely psychological as main character Hugh Meredith (thanks, book!) comes to terms over his lifetime with what he witnessed one evening.  Listening to it I was misled as to time setting.  I was in Victorian London mode until a mention of Blitz-damaged buildings made me think again.  Looking at the book I would have been even more misled by the attractive yet distinctly nineteenth-century illustrations.  I suppose it is part of the skill of the suspense writer to unsettle the reader. 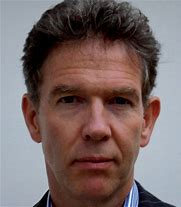 The audiobook is narrated by Steven Pacey, whose rich tones lends it the authority and gravitas the story needs and has enough of an Alan Bennett feel to his voice to keep me listening.  I know how important the choice of voice artist is and this works well here.  All in all “Printer’s Devil Court” provided an experience I would certainly repeat and even thought I wasn’t blown away by Susan Hill’s tale I was motivated enough by it to pick up her first in her crime series featuring Simon Serrailler, a far more substantial novel, which I am currently reading.

Printer’s Devil Court was published by Profile Books in 2014.