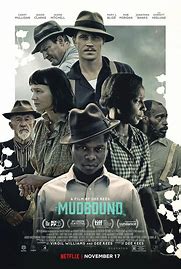 Times have changed. Nowadays you don’t even have to go to the cinema to see a film just nominated for this year’s Oscars. On the day that “Mudbound” got a UK theatrical release it also appeared for streaming on Netflix and even in I watch nothing else this February then this will be worth the monthly subscription. 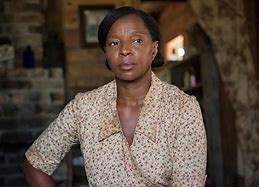 “Mudbound” has been nominated in four categories: Best Adapted Screenplay (it is based on a novel by Hillary Jordan which I have not read), Best Supporting Actress for Mary J Blige, Best Original Song (performed during the end credits by Mary J Blige) and Best Cinematography for Rachel Morrison. Of the four the last was the one I was unsure about. It all starts off very dark, a storm is brewing at dusk and a hole needs to be dug. For the first five or ten minutes it is not always easy to see what is going on. Personally, that drives me more nuts than mumbled dialogue, as usually if you can’t hear there’s a subtitle option. I wasn’t happy about not being able to see, but I do recognise that this, on this occasion, is largely for dramatic value, rather than someone not paying the electricity bill, and the general air of gloom does lift. 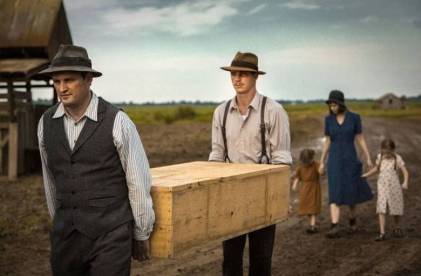 The film’s main setting is a farm in Marietta on the Mississippi Delta, an area, unsurprisingly, given the title, with more than its fair share of mud. It is the tale of a black and white family who both have men who have gone to fight in the Second World War. In the Jackson family it is Ronsel, who becomes a sergeant and drives a tank for the 761st Battalion. Jamie McAllan is a fighter pilot. A tough farming life continues for those left at home but when the soldiers return the racial inequalities of thee American South seem more ludicrous.

The narrative is framed by the characters’ words. At one point Laura, wife of Jamie’s brother and mother of two uprooted from a very different life in Memphis to this mud-drenched rural environment says;
“Violence is part and parcel of country life. You’re forever being assailed by dead things.”
We know that the plot is building up, there’s a tragic inevitability about the whole thing because of what we learn in the first few minutes of the film but this does not make it any less suspenseful or appalling when things do begin to play out.

There are some great performances. Mary J Blige is getting the recognition for her excellent world-weary portrayal of Ronsel’s mother, Florence, but there are a number of other strong contenders, namely Garret Hedlund and Jason Mitchell as Jamie and Ronsel, British actress Carey Mulligan as Laura and Rob Morgan as Ronsel’s father who had me really wincing when he tries to speed up the healing of an injury so that his family do not suffer for him being out of action on the farm.

I think that films that deal with issues of race are still very important, especially with the current US administration and this film tells a history lesson which is always worth repeating. The fact that it is getting official praise in the form of healthy Oscar nominations and is easily available in our own homes should ensure a sizeable audience. It deserves this as it is impressive in all areas and hopefully this will turn into some awards on Oscar night.

Mudbound is available to view on Netflix in the UK.