It’s the big 500th Post!  This gives me a chance to sit back, eat cake and sip sparkling wine and to say thank you to all of you who have kept me posting by reading and commenting and suggesting.  On these big occasions I like to take a little look back and see just what it is you have been finding to read here on reviewsrevues.com.  According to my Stats page this is a total of 374,652 words.  Huge thanks if you have managed to read them all!!

I reset the clocks at the start of the year and so this is the Top 10 of those 500 posts which you have been  reading since January.

Much anticipated four part Crime drama series by Sir David Hare had mixed reviews with some finding the writing at times a little clunky.  I did stick with it and there was a great performance from Carey Mulligan but it is unlikely to be the best police drama I will watch this year.

I liked this series as it brimmed with feel-good factor and feels to me like the BBC’s natural successor to the gap in the schedules caused by “Bake Off” moving to Channel 4.  It worked because of the passion of the contestants- people prepared to give up on their 9-5s to produce food, often during their evenings and weekends, often in places like their sheds or domestic kitchens, food which they really believein with a passion and wanting to spread the word.   I also loved the farm-shop setting in Malhamdale, Yorkshire. 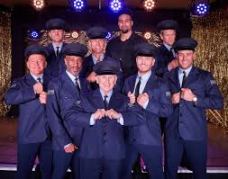 This has received a surge in readers this year as ITV decided to do it all over again with two one-offs over consecutive nights, one with celebrity men and one with women.  My review was for the original 2017 one-off.  Even though I couldn’t really see it working a second time it actually did.  I know there was criticism in some quarters of the press about the amount of money actually raised for charity by these shows but it certainly raised awareness on prime-time television of testicular and breast cancer and that has got to be a good thing. 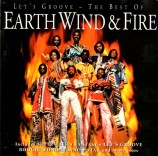 Continues to be the most read CD review I have ever posted, still leading the way two and a half years on.

I’m still working my way through the first series of this on reboot of a TV classic on  Netflix and I am enjoying it.  The writing of this review made me go all dewy-eyed with nostalgia for the days of John Forsythe, Linda Evans and of course, Dame Joan Collins and ended up with me buying the complete box set of the original series off Amazon.  Haven’t got round to watching any of it yet- it’s still in its plastic shrink wrap.  Maybe one day I’ll have 165 hours to spare!!

Despite all the literary treasures I try to put your way the most read of my book reviews this year has been dear old Giles and Mary from “Gogglebox”.  It is actually very readable, laugh out loud funny and quite a long way from most tv cash-in publications.

It seems like I have been urging the BBC for ages to make more of this idea as this one off programme has always attracted a lot of attention on here.  At last, this year BBC4 went with a three parter which explored a range of crafts and has sparked many people who watched it into different artistic directions.  (I have unearthed the knitting needles again after watching beginners produce a hat).  This review was for the original episode- I hope the BBC will make more of these surprisingly relaxing and inspirational hours.

This six part Brighton set series remains the most read review on the site, clearly dominating the statistics in 2016 and 2017.  Although it has slipped off the top spot in this first part of the year it seems people have far from forgotten about it and still want to know what it was all about.

Here’s one I feel guilty about.  Sky has aired a second series which has meant good traffic on the site for this review and yet I only ever watched the first episode of the first series.  I gave up with it at this point.  It seems as if I was in a minority……………

The most read review on this site so far this year is…………… (drum roll needed or at least a showbizzy fanfare -there’s a clue….)

A clear winner here stats-wise for this five part series which started off with car-crash tv potential but actually turned out to be a really quite charming tale of dogged determination in keeping your name up in lights.  Celebrities better known in the 60s and 70’s took on Las Vegas for a night and you ended up willing them to succeed.  Certainly not without its faults, I’m still questioning the motives behind the whole idea but it has obviously attracted attention worldwide.

Well that was post number 500!  Thanks for reading.  Thanks especially if you read something on April 25th 2018 as that was the day I received the highest number of visits ever which spurs me on thinking there’s still life in the old dog yet! Here’s to the next 500 posts!