On Wednesday 16th August we learnt of the passing of Aretha Franklin, aged 76 after a long battle with cancer.  This phenomenal artist, nicknamed Lady Soul, is one of the most important figures in the history of American popular music and her significance cannot be overestimated. 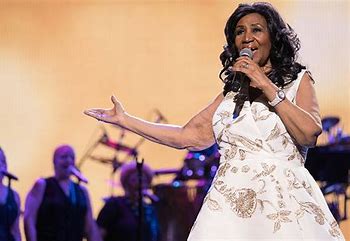 Despite this, I  am aware that I did not have any of her albums listed in my essential CD countdown.  There is no particular album of hers that I return to again and again.  There are however a number of essential tracks recorded by her which have given me so much pleasure over the years.  I’ve chosen sixteen which I’ve put in alphabetical order to produce a playlist which would surely be a fitting tribute to the undisputed Queen of Soul Music.

A  Deeper Love (1994)– Previously a 1991 hit for writers Robert Clivilles and David Cole under their C&C Music Factory banner.  The writers also produced this steaming Aretha version which featured in “Sister Act 2”.  It gave Aretha the third of her three Top 5 hits in the UK.  It was the lead new track on her Greatest Hits (1980-94) collection.

Angel (1973) – A track written by Aretha’s sister Carolyn who provided backing vocals alongside other sister Erma in this recording produced by Aretha with Quincy Jones.  A real family affair of a track it appeared on her “Hey Now Hey (The Other Side Of The Sky) album.  As a single it reached #20 in the US and 37 in the UK. 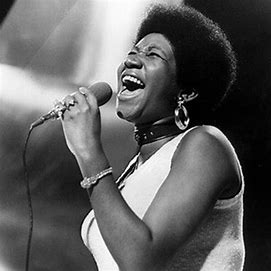 Another Night (1986) – I love this track!  Perhaps in response to the Tina Turner comeback Aretha’s vocals were at their smokiest in a song which would have suited Tina very nicely.  Produced by Michael Narada Walden it reached #22 in the US and was my favourite track on the “Who’s Zoomin’ Who” album.

April Fools (1972) – Aretha did a lovely version of this Burt Bacharach and Hal David song on her “Young Gifted And Black” album. 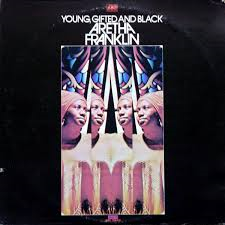 Border Song (Holy Moses) (1972) – From the same album comes a version of an Elton John/Bernie Taupin which is perfect for Aretha’s gospel voice.  I really like the version which appeared on her final 2017 album “A Brand New Me” which saw reworkings of classic tracks with the Royal Philharmonic Orchestra. The original version reached #37 in the US in 1972

Call Me (1970) – Just a brilliant, tender love song which appeared on her “This Girl’s In Love With You” album.  A number 13 hit in the US and one of my favourite tracks from her most successful period.

I Knew You Were Waiting For Me (1987) – Recorded with George Michael this became her second US Pop #1 single and her only UK chart-topper to date. 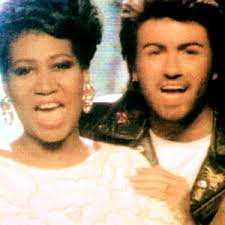 I Will Survive (2014) – Her forty-first and final studio album was an intriguing set of songs associated with other female artists.  Aretha transforms the song that every karaoke singer has had a go at.

Nessun Dorma (1998) – This one takes a bit of hunting.  It just has the best story behind it.  At the Grammy awards ceremony Pavarotti was lined up to sing his most famous aria but was taken ill.  Who could step in?  Aretha.  It sounds like a mixture of improvisation and sheer bravado but she brings the house down.  The live recording appeared on a 2007 compilation “Jewels In The Crown” which featured her duets with other artists.  This closed the album with a veritable bang.

Oh Me Oh My (I’m A Fool For You Baby) (1972) – Another highlight from her “Young Gifted And Black” album.  In the US this was released as a double A sided single with her own composition “Rock Steady”, which got more of the airplay and reached #9 in the US charts before the release of the album.

Respect (1967) – A version of an Otis Redding song which really made Aretha’s name.  She’d been recording standards on Columbia records since the early sixties and they didn’t really know what to do with her.  She became the voice of 1967 with this song which tapped into the mood of the times.  A US chart-topper, reached #10 in the UK and probably the track that she will be most remembered for. 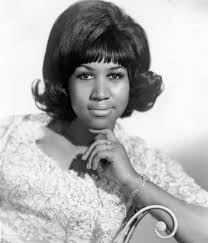 Rolling In The Deep (2014)– Aretha takes on Adele on her “Sings The Great Diva Classics album and this was the track which attracted the most publicity.  It incorporates “Ain’t No Mountain High Enough” to great effect.

Until You Come Back To Me(1973) – From her “Let Me In Your Life” album .  Originally recorded by songwriter Stevie Wonder his version did not appear for some years after Aretha took hers to #3 in the US and 26 in the UK.

Willing To Forgive (1994) – Like “A Deeper Love” this was one of the new tracks on her “Greatest Hits 1980-94” compilation and is a simple, effective, unshowy soul ballad written and produced by Babyface and LA Simmons.  One of my favourites in the Franklin canon – although I loved her with all guns blazing this shows what a great song stylist she is.  Number 26 in the US but a bigger hit in the UK where it reached 17. 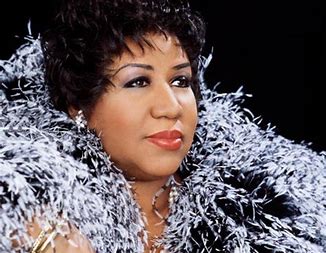 I hope the tracks in this playlist will give you as much pleasure as they have given me. There will never be another vocalist like Aretha Franklin.  Rest in peace.  These tracks can be found on the albums mentioned and also to stream on Spotify.

5 thoughts on “Tribute To Aretha Franklin – An Essential Playlist”