This week I learnt a new expression – “Jante Law”. It is a Swedish term for something which is deep within their psyche and may be something of an eye-opener to us more selfish nations. Jante Law is the putting ahead of society before the individual, which means that any boasting of achievements or jealousy of those of others risk social disapprobation. This actually explained a lot to me about Sweden’s role in popular culture- why some members of Abba at the height of their fame became reclusive, and why some still are decades later, why even the choosing of a Eurovision entrant is done so widely and methodically (rather than our pick any three songs and get the public to vote on them approach) and with reference to this documentary why we know so little of the huge role that Sweden has played in popular music history over the last 30 years, with one producer and songwriter, Max Martin, now only behind Lennon and McCartney as the most successful songwriter of all time.

The suitably reticent Mr Martin did not want to be interviewed for this, he wanted just his music to tell a story for him but presenter and music journalist James Ballardie found others prepared to do so to put together this story of a musical phenomenon in a fascinating one hour documentary. It is the story of how Sweden became the biggest exporter of pop music per capita of anywhere in the world.

The history does not begin with Martin but with another even more significant figure who was equally happy to be seen as just a backroom boy. This was Dag Volle, a club DJ from 1980’s Swedish clubland mecca “The Ritz” who began remixing US club hits to appeal more to Scandinavian tastes. Volle’s love for this type of music led to the name change of Denniz PoP, who after successful remixing of tracks by others sought to achieve the perfect pop record himself. 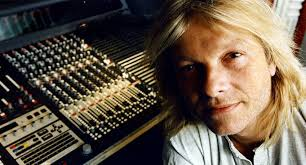 We learnt how serendipity played its part when a tape sent to him by an aspiring Swedish foursome, along the lines of Abba, got stuck in his car cassette player blasting out the same song every time he used the car. This group was Ace Of Base and the track was reworked eventually to become “All That She Wants” – a global hit which topped the UK charts and got to number 2 Stateside. Just before that PoP’s name was established on European and worldwide charts through his work with a Nigerian dentist and wannabe rapper living in Sweden, Dr Alban and his “It’s My Life” track which topped charts all over Europe and got to number 2 in the UK in 1992.

From then on things moved quickly. PoP developed a clear musical doctrine, opened Cheiron studios and enlisted a group of writers “moulded in his image” to produce the perfect pop sound. I’d found myself researching these just a couple of posts ago when I was reviewing Will Young’s debut as part of my Essential CD Collection and they were fresh in my mind when I watched this. If there was one special protégé that was Max Martin, lifted from heavy metal group “It’s Alive” whose love for more melodic sounds than he was making led to PoP seeing him as a kindred spirit.

We met other member of the team who also produced hits by the bucket-load for the company- Andres Carlsson, Stonebridge, Herbie Crichelow and jingle writer Jorgen Elofsson amongst them who shared how this magical formula worked. The fascinating thing was that the blueprint was always Abba, showing the integral part the foursome of a generation before played in all subsequent developments in Swedish pop. At the root of all of it (and also of Abba) was Swedish folk music which was simplistic and melodic.

Like Motown three decades before one of the main Cheiron principles was that it should sound good on the radio. “Production control” at the Detroit studio is now famous for its weekly meetings, tracks recorded by different artists and competitiveness between artists and producers to get their songs released but here it was taken to another level with sometimes up to a hundred versions of the same tracks flooding the Swedish clubs,  All this work was to hear what sounded good over the DJ decks and what would sound better on the radio or in an open-topped American car (rather than in a Swedish Volvo in the depths of winter). Recognising the US teen as the biggest purchaser of music PoP’s team looked to reflect American lives from a Swedish perspective. We learnt that this repackaging of ideas to produce a more effective version of the best of what is out there is also part of the Swedish make-up evident in companies such as Ikea and H&M.

The inspiration behind all Swedish Pop

But behind this global success “Jante Law” forced these writers and producers to remain as far under the radar as they could (Ace Of Base enjoyed their global success and were vilified in the Swedish press) and then tragedy intervened with another great leveller – as cancer claimed Denniz PoP at the age of 35 in 1998.

By this time globally successful artists wanted in on the act. The Backstreet Boys, N-Sync, 5ive, Westlife and Britney Spears owed much of their success to these writers. Max Martin adopted the central role and the team went from funeral to working on Backstreet Boy’s multi-million selling “Millennium” album but the central force had gone.

Eventually, the writers moved away from the studio set-up and took what they had learnt from Denniz and notched up hits, continuing to this day for the biggest artists of the world including Katy Perry, Taylor Swift, Justin Timberlake, Ariana Grande, One Direction, Madonna, in fact virtually every global pop superstar. Martin has set up MXM Studios in the US and has for the past eighteen years being working with many Swedish producers as part of his team, still observing Denniz Pop’s principles and developing them into their unique formula they term “Melodic Math”.

At the end of this excellent hour we saw Max Martin being awarded the Polar Music Prize from the Swedish King, still concerned about the ramifications of Jante Law. I found the whole thing fascinating, more for what it told us about Swedes than the music which was on generous display throughout. Managing to achieve this level of success in this media-hungry day and age without many people even being aware of their existence just really grabbed my attention and got me thinking.