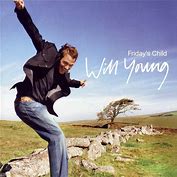 Just over a year on from his essential debut album “From Now On” Will Young was back with an album that was every bit as good.  Once again it ascended to the very summit of the charts and hung around for almost a year.  Single-wise it spawned three Top 5 tracks including his fourth (and to date his last) number 1 with perhaps his best ever recording.

Although at this time he was still on Simon Fuller’s record label the boy had certainly grown up.  Success had given Will a voice and more independence to do what he wanted and this showed as musically this is a more coherent piece than the debut.  There was a new gang on board with Will getting writing credits on 6 of the 11 tracks.  There were a team of producers behind Stephen Lipson, a long-standing established producer who had worked alongside Trevor Horn for years at ZTT records.  Lipson worked either individually or part of a team for 8 of the 11 songs here. 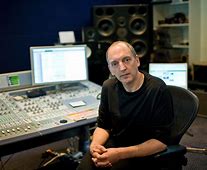 Producer Stephen Lipson at the desk

The album kicks off with its only cover version.  To this point Will had followed the commercial popstars 90’s/00’s trajectory of recording a number of cover versions (this seems to have faded nowadays.  Who needs covers  with the originals so readily available on streaming services?)  To this point he had already covered Westlife, Bobby Darin, The Doors and The Beatles but here it is only “Love The One You’re With” a Stephen Stills song which makes the grade.  The original had just scraped the UK Top 40 in 1971 (US#14).  Nine years before the release of this album Luther Vandross had also led his album of covers “Songs” with the track and got to number 31 in the chart- the tune’s highest UK placing despite being an acknowledged radio classic.  Will’s version is pacy with a big sound and a good background arrangement and features one of his trademarks, the extended bended note (there’s probably a technical term for this).  It’s a good start to the album – probably with the tracks on display here it ends up in the middle of the pack for me somewhat but it is performed enthusiastically and both his and Luther’s version are worth a listen, with I suspect Vandross having the edge.

“Your Game” is a stronger track and up there with his best.  It reached number 3 as the second single from the album helped by a very memorable video.  Like the last track it is the interplay between Will and the Gospel Choir Metro Voices which provides a highlight.  I love the fullness of this track written by Will and co-producer Blair MacKichan with Tayo Onilo-Ere.  It gave Will a Brit Award for Best British Single of 2005.  “Stronger” is a much more understated affair written by Steve Lipson and Karen Poole, the daughter of ex-Tremeloes Brian Poole and herself one half of Alisha’s Attic who had 8 Top 40 UK hits between 1996 and 2001.

“Leave Right Now” is probably Will’s finest moment.  A track which succeeds on so many levels.  A great song written by Eg White and a convincing vocal performance with a good build and another memorable video of Will fixated on us at an art gallery which is both affecting and slightly disturbing which helped it shift a few units.  It was on this song that Will moved from successful pop talent show artist to an act who Britain should be proud of.  A number 1 single which was awarded an Ivor Novello Award.  It also topped the charts in Ireland and made inroads in European charts such as Belgium, Norway, Italy and Sweden and world markets such as New Zealand and was heavily featured on American Idol getting Will recognised Stateside. 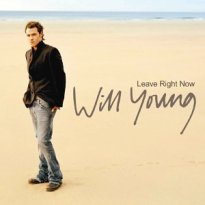 “Love Is A Matter Of Distance” is a gentle convincing number, with a warm vocal performance and leads into “Dance The Night Away”, a more uptempo, urgent funkier track .  “Very Kind” was co-written and co-produced by Robin Thicke who also in 2003 launched his album recording career with “A Beautiful Mind”.  Robin of course would go on to have a massive hit a decade later with “Blurred Lines” and possesses the same white soul boy feel as Will.  Here, a sweet vocal performance is boosted by good orchestration arrangement.

“Free” gives a composing credit nod to Bill Withers, another obvious hero of Will’s and an artist who Will was covering back in his Pop Idol days when he won audiences over with his performance of “Ain’t No Sunshine”.  I’m not sure which Withers song is being referenced here.  “Going My Way” is not one of the strongest tracks on display.  It has a contemporary acid-jazz feel but never fully reaches its stride and here I find the interplay between Will and backing voices which has been a real strength on this album a little bit annoying.  “Out Of My Mind” is a welcome uptempo club-influenced track which has the feel of Jamiroquai, which is no bad thing.

The album closer is another gem of a track and became the third single from the album and reached number 4 some 7 months after the album became available. In its extended play here it pushes nine minutes and every single second of it works.  Once again it had an excellent video and from his performances on the videos that accompanied this album Will was able to re-establish his credentials as an actor which led to a period where both his music and dramatic performances went hand in hand.  “Friday’s’ Child” has a chunky sound and an arrangement which recalls artists such as Soul II Soul and is a totally credible strong way to round things off.  This is a track as strong musically with extended its instrumental sections as it is vocally and up there with his best and seems miles away from karaoke classics on a Saturday night entertainment show.

With this album anyone who considered Will would just be another Saturday night pop puppet had to reconsider.  It’s a mature album with the singer at ease with himself as an artist and the type of music he was recording.  Taken as a whole, although there are stronger high spots this time round I personally give a slight edge to the debut, but there really is not much in it and both I consider essential albums.

Will has to date recorded another four studio albums, two of which also ascended to the top of the charts with the other two stalling at the runner-up position.  Music seems to have currently taken a bit of a back seat in favour of other interests since his last release in 2015.  The other studio albums have been strong but not in my opinion essential.  He has become an acclaimed actor, especially in musical theatre and an advocate for gay rights.  His role in the popular culture of this country so far this century is significant.