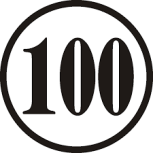 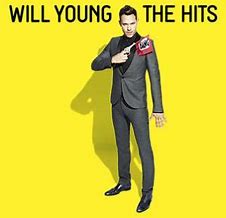 It might seem odd to those of you who have been following my Essential CD recommendations that this particular artist has three albums within the listing putting him on a par with some real Titans of popular music when he can be considered as just  a singer coming from a TV talent show who hasn’t so far achieved the worldwide success of some who followed this route and doesn’t possess the big voice, big image or formidable creative talent that those who appear more than once on my Essential CD recommendations tend to have. So, the question may very well be: Why do I like Will Young so much to feature three of his albums on my list? 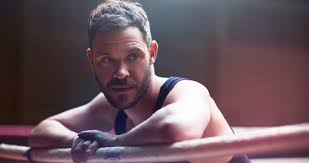 First and foremost it’s the voice which has a warmth and sincerity which makes every listen an enjoyable experience. It’s also his unwillingness to compromise in an industry full of compromises. I believe both in his music and his belief in it. He chose a route to stardom which could have placed him very much into a pop puppet role but he has managed to forge his own identity in a way in which others that have come after him have failed to consistently do. As much as his music, however, it is what Will Young stands for and his decision to come out at the height of his fame within a market which was aimed towards young girls who would consume his music with the hope that one day they could be Mrs Will Young. 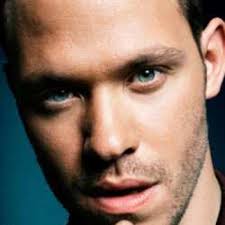 It’s easy to forget, now that the world has moved on as much as it has because of people like Will what a decision this was. It happened right at the start of his career when his debut single “Evergreen” was at the top of the charts with an interview given to the News Of The World. This kind of revelation had largely been to this point as a result of “outing” by the press who couldn’t help but resort to sniping and bringing in “gay shame” and “twilight worlds” and “double lives” From the same section of the pop industry Boyzone member Stephen Gateley had largely been coerced to come out as the story was going to be run by the tabloid press anyway, and he had the other band members as support rather than being a solo artist. Will’s response was refreshing, telling a major newspaper not known for its tolerance of alternative lifestyles; “For me it’s normal and nothing to be ashamed about. I’m gay and I’m comfortable with that. I really don’t know what the fuss is about.” And with this statement the world shifted a little bit. 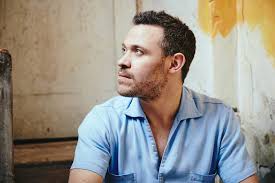 The BBC News website had a forum as to whether readers thought this announcement would affect Will’s career. It makes interesting reading 17 years on. Just a couple of snippets; Rachel from the UK said “Keep buying his records everyone; let’s keep him at number 1 because he certainly is!!” Johnny G from Leicestershire made an attempt at a prophecy “Now he’s had his number one I give him precisely three more weeks of fame before his second follow-up single fails to make the top 40 and he is forgotten forever.” Erik gave a viewpoint from South Africa “Hello people wake up! Grow up and get with it. Reading some peoples comments on issues like that makes me often wonder, with what people really concern themselves.” Julia saw herself as a representative for the “young disappointed female fans” which are mentioned frequently with her comment; “Girls buy all the records and girls don’t fancy gay men. Boy George was an exception just because we liked his makeup”. (I love that one!) There are the inevitable “I’m not homophobic but….” This was a big comment board and the gist of it was that people didn’t think it mattered one way or another which must have been an eye-opener for the popular press who certainly at that point considered it did matter and also the record industry itself who was all for keeping gay artists in the closet in case it damaged their sales. There were more voluntary revelations rather than forced outings in the years to come.  Even the more conservative America where it seemed to matter a great deal caught up when a decade after Will’s announcement Adam Lambert, best known here as some-time front-man for Queen became the first out gay artist to top the US album charts.  Now, at long last, within mainstream pop music at least, we seem to be at the point that it doesn’t matter and recording artists are free to make statements regarding their sexuality without the media furore it would have traditionally caused and I think we have Will Young in the UK to thank for this. 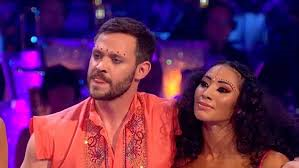 Not everything has been golden for Will, he has made some decisions which were a little off, most particularly his decision to do “Strictly Come Dancing” and then pulling out after what seemed like a hissy fit over comments made by Head Judge Len Goodman, the circumstances of which as reported by the popular press did make him seem that he just wasn’t going to play if he wasn’t going to win. Not all his acting roles have made the impression anticipated, although he certainly won critical plaudits for a role which seems perfect for him in stage productions of “Cabaret” playing the part made famous in the movie by Joel Gray.

As a vocalist he has provided me with enough joy that he deserves a greatest hits package on my Essential CD listing alongside his first two studio albums “From Now On” and “Friday’s Child”. I have gone for his first hits compilation from 2009 released after his first four studio albums and which reached number 7 in the UK charts. I probably could have just as easily gone for the later 2013 “The Essential” which reached number 15  but I don’t own that one. That was a parting of the ways compilation with his record label. “The Hits” is better for me in that it is a mid-career retrospective. It says things have been good for the past seven years but there is still good stuff to come. 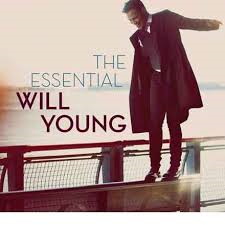 Obviously there is going to be an overlap with the first two albums which had been rich in hits so I’m largely discounting the first six tracks which I have dealt with elsewhere. That still leaves us with six tracks spread evenly between “Keep On” and 2008’s “Let It Go” together with the hit collection staple, the two new bonus tracks one of which was released as a single. That track “Hopes And Fears” became his least successful single to date and did not trouble the UK Top 40.  It isn’t exactly vintage Young written by two members of Phantom Limb who supported him on tour.  The other original track “If It Hadn’t Been For Love” which has Will in his tender, vulnerable mood and has a great opening line “Romeo would still be breathing/If it hadn’t been for love“.  Obviously it was decreed that a more uptempo single was a stronger choice to launch this album, but for me this is the better of the two tracks. 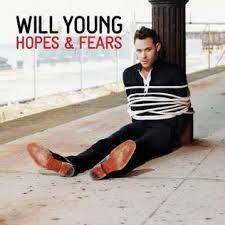 There are some notable omissions on this album.  It seems strange that someone would put out a Hits compilation and not include songs which reached number 1, but that probably would have  given an undue bias to the earlier stages of his career so on this album there is no “Long and Winding Road” his chart-topping duet with Gareth Gates nor one side of the multi-million selling debut double A-sided single, the very likeable “Anything Is Possible” .  His 2002 number 2 double A-sided single is also represented by one track the stronger “You And I” rather than “Don’t Let Me Down”. 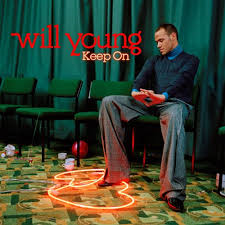 Studio album number three “Keep On” kicks off with perhaps his rockiest track to date 2005’s “Switch It On” which got to number 5 which showed his willingness to diversify but it is a little one-dimensional to me, despite some good rhythm work.  I feel more at home with the other tracks chosen from this album the deliciously tender “All Time Love” which as a single got him back into the Top 3 for the last time to date.  A song rich in melody with a convincing performance could still charm the British singles buying audience in 2006.  Just as good is “Who Am I” which once again brings back the songwriting skills of Eg White who wrote his best track “Leave Right Now”.  This is written in collaboration with singer/songwriter Lucie Silvas, an under-rated performer in her own right.  As the third single release from this album it perhaps was too much to expect this to be a vast hit but it actually became the first Will Young single not to make the Top 10 when it stalled at number 11 but that is certainly not a reflection of the quality of the track. 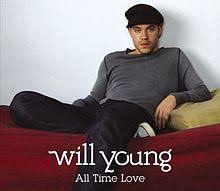 2008’s “Let It Go” has three tracks selected for this album the mid-tempo gem that is “Changes” which boasts a great build into the chorus and is full of a stirring optimism with a great vocal performance.  It was the hit track of the album and reached number 10 as the lead single. I really don’t know what happened with the other two single releases from this album as they both underachieved with “Grace” getting a number 33 placing and the title track missing out on the Top 40 for the first time in his career. 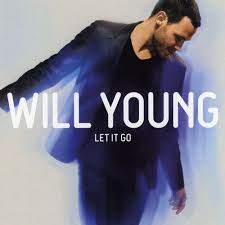 Following the release of this album fans responded very positively a couple of years later when 2011’s “Echoes” gave him his third number 1 album despite not being as strong as what had gone before.  This feat was achieved again with his latest album “85 Percent Proof”  released on the Island label. 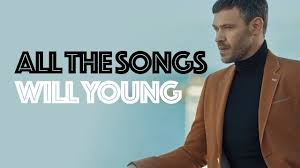 And just this week the announcement was made that Will was back with a new single, with another of his top  quality stylish videos which have been so much a part of his career, once again not one to shy away from the controversial Will adopts a series of disguises, a sailor, a biker, a businessman which might make it sound like a twenty-first century Village People but it’s not tacky even though within each of these disguises he strips!  The single “All The Songs” will be his first release on the Cooking Vinyl label and will be followed by album number 7 “Lexicon” due in June which should I imagine see him back in the upper reaches  of the charts.  In the meantime he has been involved in an impressive podcast, which actually got me listening to podcasts, “Homosapien” which he presents with Chris Sweeney.  Not bad for a boy from a talent show who many predicted would be a five minute wonder, eh?