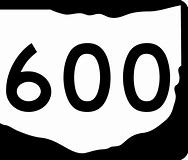 Well here it is the 600th post! It has taken me since January 2015 to reach this milestone and I’m delighted that reviewsrevues is still going strong and quite a few of you have been with me since the beginning.  Many thanks for your continued support which spurs me on even when I think I’m going to stray off schedule.

At the start of the year the counters of the most visited posts were reset back to zero so I thought I’d celebrate my 600th anniversary (I’m sure it has its own name but I can’t find better than a double tercentenary!) by having a look at what you have been reading since the start of the year, the Top 10 of 2019 so far.  There’s clickable links to the original, just in case you missed it first time round.  The numbers in the brackets refer to their position in my 2018 Review of the Year.  It’s very tight at the top 3 with just a couple of blog visits between them so expect some changes when I have another look at those statistics at the end of the year.

10 (New Entry)  You Will Be Safe Here- Damien Barr– Posted in Feb 2019.  This writer’s first novel takes in over 100 years of South African history and is a very strong debut

9(New Entry) The Taking Of Annie Thorne – C J Tudor – Posted in April 2019 – I didn’t enjoy it as much as “The Chalk Man” but it is an involving read, showing once again the author’s skill with tension and building up a creepy atmosphere.

7 (New Entry) Once Upon A Time – Donna Summer – Posted in Mar 2018.  Number 85 on my Essential CD list.  This year the much missed Donna’s 1977 double album has been attracting a lot of attention.

6 (New Entry)- The Confessions Of Frannie Langton – Sara Collins – Published in February 2019.  Another debut novel, a superior historical crime novel that does live up to pre-publication expectations and should end up selling well.

5(New Entry) Flat Pack Pop: Sweden’s Music Miracle – Published in Feb 2019 and currently the most read of the blogs I’ve posted this year.  This BBC 4 one-off documentary told the fascinating story of how Sweden became the biggest exporter of pop music per capita of anywhere in the world.

4 (5) The Diary Of Two Nobodies – Giles Wood & Mary Killen – Published in Jan 2018.  The two from Channel 4’s Googlebox who people really seem to want to know more about.  This book came out for Christmas in 2017 but is still attracting considerable attention.

3 (2) Atlantic Ballroom – Waldeck- Published in November 2018 –  If you fancy listening to some Austrian Electro Swing you probably couldn’t do better than to seek out this five star album.

2 (8) Scott and Bailey – Published in April 2016 – The fifth and final series of this ITV crime drama continues to pull in the readers in significant numbers.  Watch out for Suranne Jones in an adaptation written by Sally Wainwright (Happy Valley) of “Gentlemen Jack” the biography of Anne Lister a Victorian lesbian who forged a way into male dominated society.

1(New Entry) This Is Going To Hurt – Adam Kay – Published in November 2018.  One of the best selling non-fiction paperbacks for some time and at long last is seems to be dawning  on people what being an NHS doctor in a hospital is actually like.

Where are you reading from?  The Top 5 locations for reviewsrevues readers.

Thanks once again for reading I am off to celebrate my 600th posting!!

4 thoughts on “Post Number 600! – A What You Have Been Reading Special”