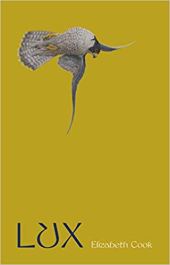 A deft melding of the biblical and the historical, Elizabeth Cook has as her central figure King David in this novel of three sections.  From the boy hero slaying Goliath against the odds to the successful King who becomes morally wayward when he views, from a distance, one of his subjects Bathsheba, washing herself.   Exercising his right to possess he impregnates the previously barren Bathsheba and either has to get her husband Uriah to take responsibility for her condition or get him permanently out of the way.

This first section “Ark” is the most successful as far as I was concerned, the biblical retelling largely from the Book of Samuel feels both fresh and familiar and with the miraculous powers of the Ark of The Covenant present in the background it gave the writing a feel of a quality fantasy novel.

In the second section whilst Bathsheba cares for her new-born a prophecy from Nathan leads David to contemplate and atone for his wrongdoings in a cave.  The third section “Poet” shifts to Thomas Wyatt, who translated the psalms attributed to King David as he watches his old friend Anne Boleyn adjust to her position as Queen and faces his own spells of contemplation in the Tower of London.

There is no doubt that the author weaves her tale as beautifully as the tapestries Henry VIII purchases which depict the tale of Bathsheba.  The language has a poetic force which impresses.  I felt it a little lacking as a novel as the subject matter just didn’t engage me consistently.  I didn’t feel an emotional response which I would have hoped for in such a novel so there was a bit of a mis-match here for me.  It is quality writing throughout although I would have appreciated a closer tying in of the third section with the first two.  I felt that I read and absorbed the writing and followed the plot-lines yet the novel just wasn’t for me.  I haven’t really felt this way since I read Ali Smith’s “How To Be Both” which ended up a major award winner so Elizabeth Cook is in very good company here.

Lux was published in hardback  by Scribe in April 2019.  Many thanks to the publishers for the review copy.