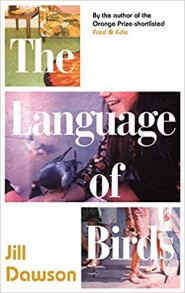 This is not exactly a crime novel, although a murder is very much at its centre and it focuses on a case most readers would have some sense of familiarity with, that of children’s nanny Sandra Rivett killed by absconding aristocrat Lord Lucan in what was believed to have been a case of mistaken identity (Lucan had intended to kill his estranged wife).

The real life events from 1974 are here turned into fiction with changed names, Dawson’s reasons for this are stated in an Afterword; “The life of a victim is a hard story to tell when there are living descendants (of the Lucan family too) and others who might still be hurt. My solution was to invent new characters whose story you have just read.” I think we as readers will respect the author’s decision here. Since reading this I haven’t gone into what was known about this grubby case other than what Dawson has told us in the Afterword and my vague recollections but she does seem to have followed the framework of events closely.

The narrative switches between a third person retelling and the first-person views of Rosemary, a friend of the doomed nanny. The two meet as voluntary patients in a psychiatric hospital and when a recovered Rosemary finds work as a nanny in London, Mandy follows and finds herself in charge of the two children from the fractured Morven family assisting the fragile and not-coping Lady Katherine who is trying to break free from the enigmatic but charismatic Dickie, wrapped in underhand tactics in a custody case. The two girls waver as to who should get their sympathies.

I think what Jill Dawson does very well here is to get the feel of the mid 1970’s just right not only in its many references but particularly in the attitudes. Mandy and Rosemary feel like two young girls new to the London of 1974. There’s a lot of anger in the novel, rightly so, in a case in which time has tended to lionise the disappearing perpetrator. In many ways just as Hallie Rubenhold aimed to reclaim the victims from the hype of Jack The Ripper in her non-fiction work “The Five” Dawson here has managed to move the focus back to the real-life victim Sandra Rivett perhaps even more effectively, especially as the character of Mandy is so vibrant and well-drawn.

There’s an element of imagery going on in the title and on occasions within the text based upon bird communication. At one point it takes the form of auditory hallucinations by swans and pigeons which caused Rosemary’s mental health episode but I’m not sure that this fits into the feel of the novel or understand why it is there. The relevance of this and of the title of the novel has passed me by.  It is not what I will remember this book for which is the great feel for the period, strong characterisation and the build up of dread as to how what we know is inevitable will pan out and the ramifications for those caught up in the grisly events.

The Language Of Birds was published in hardback by Sceptre in April 2019.