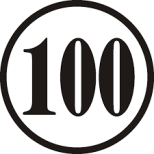 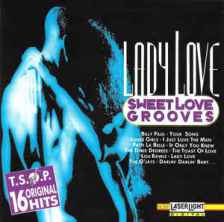 I bought this German import CD in a set of three not long after it was released.  It was freely available in the UK and also seems to have been available separately if my research is right.  This is by far the strongest of the three which features tracks licensed from the Philadelphia International label.  The other two were also named after Philly hits “Let Em In” which was a hit for Billy Paul and “Let’s Clean Up The Ghetto”, a socially aware track by supergroup Philadelphia International All-Stars.  The other two tend to feature more uptempo tracks but here the emphasis is very much on the love ballad side of the label.  It features a mix of tracks from the glory days of the mid 70’s and a fair selection from the early 80’s when Philadelphia International were still putting out quality tracks by artists such as The Stylistics and Patti Labelle which were scoring big R&B hits but not crossing over to the pop charts.  The highest US chart placing for any of these is #24 for the title track and for the UK three places higher for a 1978 hit from the O’Jays.  None of the tracks managed both a UK and US Top 40 placing and there is no overlap from any of my other Essential  compilation CDs.  This does not in any way reflect the quality of these tracks many of which are Gamble and Huff compositions and productions.  Unfortunately, I’m not able to glean that much information from the sleevenotes as I don’t speak German but I think the info is all a little sparse anyway as might be expected on this kind of budget compilation. With these essential compilation CDs it is important to know what tracks can be found on them so here you will find them listed with their highest chart position (UK/US) if released as a single and links if I have more information on the artist elsewhere on the blog. I’ll pick out a handful of tracks to give a flavour of what makes these CDs essential.

Three years before her big commercial breakthrough as a solo artist with  the essential  “The Winner In You” album Patti was signed to Philadelphia International and began working with Leon Gamble and Kenny Huff which seemed like it would pay huge commercial dividends.  Taken from the album “I’m In Love Again” it was a Top 10 single on the US R&B charts but despite becoming a bit of a “quiet storm” 80’s classic it did not make the pop charts on either side of the Atlantic.  It’s Patti at her vocal best, perhaps more understated and tender than she could be and this together with the other track included here, the more successful R&B chart-topper “If Only You Knew” and a sublime cover of the Dolly Parton song “Here You Come Again” represents the cream of her three albums for the label.  This particular track became very well known in the mid 90’s when it formed the central part of the worldwide chart-topper from Nelly, “Dilemma”, in which Kelly Rowlands sang the chorus and Patti was present in the part of Kelly’s mum in the video which gave Patti welcome exposure and would have hopefully had interested listeners seeking out the original version.

Dee Dee Sharp who also has a fabulous real name Dione LaRue began her music career when she was barely in her teens and by the age of 17 had notched up a sequence of four Top 10 US pop hits on the legendary Cameo-Parkway label .  Her biggest was “Mashed Potato Time” which like a number of her hits focused on and attempted to build on a dance craze.  She fits nicely into that Little Eva bracket and by the time Beatlemania of 1964 took hold her pop singles career chart like many artists of this ilk was finished.  Fast forward a couple of decades and Dee Dee, now married to label boss Kenny Gamble had reinvented herself as a sophisticated and convincing soul singer.  Signed to the Philadelphia International label for three albums which took her into the 1980’s.  (In 2010 Demon put out all three albums on a double CD set which demonstrates how under-rated this performer was in this second phase of her career).  This track which comes from the third of these albums “Dee Dee” is just beautiful and about a million miles away from the pop froth of her dance craze days.  A calm, sophisticated love song written by husband Kenny alongside label mate Dexter Wansel  (who has a track on his own on this album) and  Dexter’s  favoured lyricist Cynthia Biggs and produced and arranged by Wansel and Huff this is a real 1980’s Philadelphia highlight. 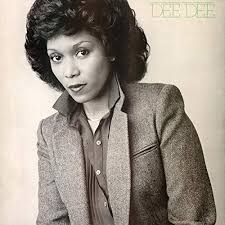 Jazz crooner Lou Rawls had been recording from the mid 50’s replacing Sam Cooke in an early group the Highway QCs.  In 1958 he was pronounced dead after a horrific car crash when touring with Cooke, but amazingly eventually recovered and like Sam he made the move from gospel to popular music, providing backing vocals on a number of Cooke’s big hits and recording albums which straddled Jazz, Pop and R&B genres.  Vocally we might consider Rawls a crooner who built a reputation through the quality of his life performances and label-hopped recording wise until he hooked up with Philadelphia International when he was in his early 40’s and scored big time with his amalgamation of the classic singer meets disco on “You’ll Never Find Another Love Like Mine.”  Perhaps the biggest test to his credibility and relevance as a recording artist came with this track which lyrically borders on the cheesy but it’s done with such conviction that Rawls certainly gets away with it.  He also didn’t stick with this route as his output included socially conscious tracks and uptempo recordings which sounded more contemporary but here he kicks off the shoes and snuggles into a smooth love ballad which I loved almost as much as his signature hit back when I was a teenager and which still wins me over all these years later.  It’s always been a guilty pleasure, in the days when we used to take our own singles to parties I would sneak this one out of the record box and leave it home  in favour of the latest and much cooler Blondie or Donna Summer track but at home this was a regular on the hi-fi. 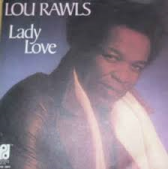 When Teddy Pendergrass began his solo career in 1977 many people did not know who he was thinking that the distinctive voice on many Harold Melvin & The Bluenotes soul classics was Harold himself.  Just a few seconds into this outstanding single taken from his debut album was enough to put things right.  A masterful, self-effacing track which brings out the best of Teddy vocally on a really good song written by Sherman Marshall and Ted Wortham.  I really like Teddy in this understated  put- upon role, his very best track is also in this vein, the pleading “Can’t We Try” which incidentally appears on one of the companion CDs to this collection “Let Em In”.  Teddy’s image, however,  became more cemented as full of bravado and swagger, a love god, lampooned by Lenny Henry is his Theophilus P. Wildebeest character, which came from the more seduction based part of his repertoire from songs such as “Turn Off The Lights” but I far prefer him portraying a less confident role and this is certainly the case with this track. 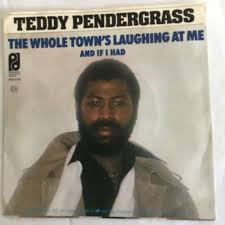 Not the biggest O’Jays track on the album, that would be the too schmaltzy for me “Brandy” which recalls the queasiness of Bobby Goldsboro’s “Honey” too much for my liking but this despite lyrics such as “you should have everything/ a queen fit for the throne should have” is a great example of this group in their chugging mid-tempo mode.  A Gamble and Huff composition and production it is just a gentle love song.  O’ Jays tracks such as “I Love Music”, “Backstabbers”, “Message In Our Music” and “Love Train” made more of a statement but there was something about the tender honesty of this track which won us over particularly in the UK which made it their 4th out of 8 Top 40 hits. 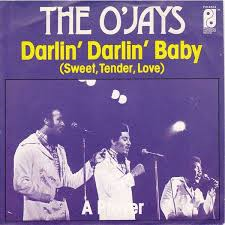