The development of the Motown label is one of the most important cultural aspects of the second half of the twentieth century.  I never tire of hearing how Berry Gordy crammed young talented artists into the little Hitsville studio in Detroit and through hard work, determination and drive to succeed turned a significant number of these artists into household names and maintained success throughout the 1960s and into the 70s.  The seventies side of things tends to be overlooked.  Gordy decided to up sticks and move out of Detroit and relocate in LA, a decision which rankled with many fans and was seen as selling out for the glamour of Hollywood and the general feeling was that Motown was never the same again.  Not so, the 16 tracks on this CD which first appeared on vinyl in 1979 are of a quality so high that this is probably my favourite compilation album of all time.  The recordings date over a period of four years which does show that the pace of hits had slowed down from the time when they could put out two of these hits compilations a year and it had been five years since the preceding volume which I also have on my Essential CDs list.   Not everyone who was entitled to have tracks on this album has done so, there’s no Stevie Wonder for the first time ever on a Chartbusters recording and he was probably at his commercial peak at this period, there’s no David Ruffin, who had made a strong comeback with tracks produced by Van McCoy.  Some of the old guard are represented, especially Diana Ross with three tracks, the three track award is also given to newer act The Commodores who had featured on Chartbusters 9 with their debut instrumental hit but had in the intervening years gone on to become a supergroup.  There’s also newer names such as Rick James, Teena Marie and Tata Vega who were paving the way for Motown’s continued success.  Statistically, the tracks look impressive with 9 of the 16 being Top 10 UK hits and six US number 1’s.  There was no way that Motown was a spent force, a great number of these tracks are amongst my all-time favourites.  However, this was the last essential Motown Chartbuster CD as far as I am concerned.  Volume 11 was released just a year later and despite highlighting Diana Ross’ work with Nile Rodgers and Bernard Edwards of Chic and having big hits from the likes of Teena Marie, The Commodores and Billy Preston & Syreeta a lot of the magic and creative inspiration which fills Volume 10 had gone.

Once again with these essential CDs it is important to know what tracks can be found on them so here you will find them listed with their highest chart position (UK/US) if released as a single and links if I have more information on the artist elsewhere on the blog. I’ll pick out a handful of tracks to give a flavour of what makes these CDs essential.

When I focused on the essential 20 Greatest Hits by Frankie Valli & The Four Seasons I lamented the absence of this particular track. In the early 70’s the band signed to Motown with fairly disastrous commercial results. Berry Gordy put them on his subsidiary Mo-West label which was set up to branch out with more rock orientated acts when the band, with their brand of blue-eyed soul could have been very much at home on the main Motown label. Mo-West wasn’t such a great priority and the albums recorded for them (although history has seen them critically well-received) did not sell. “The Night” however found its way to the UK charts via the Northern Soul clubs who pounced on its rarity and forced a commercial release. This is a superb, driving  track which is a great British favourite for the group which almost certainly would not have appeared on any US hits compilations.  The Chartbuster series was an innovation from the UK arm of the label which is why we are treated with gems like this. 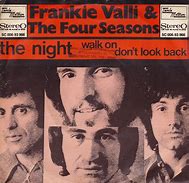 Another track which was left off another of my Essential CD’s which got me moaning when I reviewed it.  On 40 Motown Greats by Diana Ross & The Supremes there was no room for this solo classic from Ross. I’d even specified the track I would have sacrificed for this superb Ashford and Simpson song which behind the disco gloss tells the story of a woman claiming to be totally in control and not prepared to be sideswiped by love.  There’s some lovely touches in the lyrics and a great performance from Ms. Ross.  At the time we might have expected this to be a bigger hit, certainly in the UK, where it just scraped the Top 40 but time has been very good to this track.  I did buy a considerable number of Motown singles at the time this was released but I never bought this and it was only hearing it in a nightclub probably 15 years later and the response it got that I realised I had missed out on how good this sounds.  Its continued popularity tempted girl group (and sisters of Toni) The Braxtons to revisit it which performed nine places better than the original in 1997 and topped the US Dance charts but which isn’t a patch on Ross’ version.  The production and songwriting team of Nickolas Ashford and Valerie Simpson is still under-rated and this is one of their finest efforts. 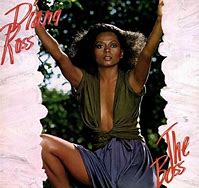 An influential artist who was not as big as she should have been.  When I first heard Madonna I thought she was somebody who wanted to be another Teena Marie.  I’m sure there would not have been a Madonna without Teena Marie to pave the way.  This was her debut hit for the artist born Mary Brockert signed to Motown and recording material that was being left unreleased by them until Rick James, the label’s new hot act, passed on producing Diana Ross and asked to work with Teena instead.  This first single was actually a duet with an uncredited James which would have gained it radio play but the title was open to misinterpretation which might have caused some anxiety to radio programmers.  There was also the difficulty of how to market the artist, it was assumed she was black and she became the first white artist to perform on “Soul Train” showcasing this track.  In the late 70’s with the restrictions from American radio Teena probably suffered but she was largely embraced as a soul act getting more play from R&B radio because of her voice and obvious love of black music.  Her biggest hit in the UK would come a year later with “Behind The Groove” and she put out some excellent material for the label.  Ironically, her biggest US hit would have to wait until 1985’s “Lovergirl” made it into the Top 5 three years after becoming dismayed by the handling of her career by Motown which saw her move to the Epic label.  Incidentally, mentor Rick James’ best track, his debut hit “You And I” is also on this CD. 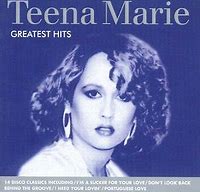 Containing members of the first group to make serious money for Motown with 1960’s “Shop Around”, by 1976 lead singer Smokey had gone solo but by the time this album was released he was struggling to find material.  The track by him here the theme to some long forgotten film was an attempt to make himself relevant in the way Ross and Marvin Gaye had done, by embracing disco, it’s a fair enough result which the label had high hopes for but is the only track on this album not to have pop success on either side of the Atlantic.  His old band-mates The Miracles were having a completely different experience in the mid 70’s with this classic chart-topping track with Smokey’s replacement Billy Griffin as lead vocalist.   It’s a joyful piece of music which combines 70’s disco with a feel of the doowop type song The Miracles would have begun their career with.  It was a great comeback for the group, but unfortunately, the Motown of the 70’s would struggle with consistency and couldn’t come up with the goods for this group to continue this success.  No longer having the cream of song writing and production teams on staff to build on this great commercial sound this was the last time this incarnation of the group would make the charts.

The history of Motown is peppered with extremely talented artists that the label did not really know what to do with and Yvonne Fair is another of these.  She’d been around long enough on the label to have had a small part in the game-changing “Lady Sings The Blues” movie and had already proved her musical worth as part of the James Brown Revue before coming to Motown.  Working with Norman Whitfield they came up with the idea to reinvent a song that Whitfield together with Mickey Stevenson had penned for Gladys Knight & The Pips and as in a previous reinvention of a Gladys song “I Heard It Through The Grapevine” which was reworked for Marvin Gaye the end result was extraordinary.  It’s no easy feat to outdo Knight’s vocal but Yvonne turned this into a blistering soul shouter which begins menacingly quiet set in a church where Yvonne’s love is about to get married to somebody else.  Well, not if she has anything to do with it.  Knowing this song it’s impossible to attend a wedding ceremony and get to the bit where the celebrant begins “if any objection to this wedding” without Yvonne’s response coming to mind.  The UK loved this song giving her a Top 5 hit, extraordinary for a raw soul performance but it was seen as somewhat as a novelty which meant that Fair’s continued success was probably doomed. This was a tragedy because follow-up single was even better, there were few emotional tour-de-forces out there as “It’s Bad For Me To See You” which I think is an all-time Classic Motown track which did get radio play but didn’t make any inroads in the pop charts.  It took 34 years for Motown to put Yvonne’s only album “The Bitch Is Black” out on CD which showed someone as at home with raw funk as the deep soul which made her name.  Yvonne Fair was also another of the Motown artists who passed away too soon, of cancer at the age of 51 in 1994. 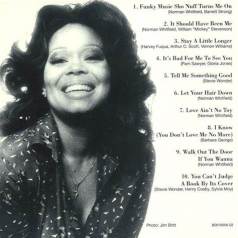 This review is the final piece of the puzzle of my 100 Essential CDs which is now complete.  It’s taken almost five years to run through these which means my list is now already five years out of date.  Even though there’s been good music over the last five years these 100 CDs are so entrenched in my psyche that it might be hard for me to move one out of the list to put something else in so it’s going to stay exactly as it is.  I  hope you enjoy reading my CD selections and that it might have prompted you to rediscover some of the artists I have written about.  A quick word count suggests something in the region of 187,000 words have been written in this section so many thanks if you have read all, some or any of them.  I’m going to be leaving writing about music for a little while but no doubt a new thread will be back soon.  In the meantime if you have just stumbled across this review there are another 99 to go!