Here’s a big book, the authorised biography of Victoria Wood that I’ve only just got round to despite it being one of my books I’d wished I’d read in 2020 (still only up to 70% of this list).  I think I’ve been a little nervous of this really hoping that Rees gets the balance right between the career and public persona and the very different private person and juggling also the humour of her work and zest for life with the inevitable sadness at reading of a life which ended too soon.

I don’t know of the author, but as a journalist, he seemed to have a professional but not close relationship with Victoria Wood in her latter years.  I was heartened by this book appearing on a number of Best Book Of The Year lists and one description of it was that it was “impeccable”.  It certainly is thorough.  This is the definitive biography of Victoria Wood, no one else need bother.  Rees has had access to all the right people and material and herein is included really all we would need to know.

He does indicate at the start that Victoria Wood was collecting material for a memoir, making audio tapes which he had access to.  It would have been fascinating to see how such a private person would have approached such a publication but it is unlikely that it would have been as thorough and probing as this biography.

It was so important to me that Rees got this right as Victoria Wood (1953-2016) is, in my opinion, the greatest British comedian.  I don’t think a single day goes by without at least one of her lines coming into my head.  Whilst reading this book I dug out a DVD of her award-winning “As Seen On TV” and was staggered to see how many of these were almost low-key asides in their original setting rather than fanfared jokes; often said by characters who were not central in the sketch.  This shows how good her writing was on every level.  And, despite this genius, not everything she did hit home, the same viewing showed that some of the early songs at piano have not dated well and yet, for many years, this was her bread and butter and the first flush of fame came when she performed comedy songs on 70’s TV talent show “New Faces” and topical songs on “That’s Life”.

As a shy, private person it must have been difficult for Victoria as fans felt that they had such a personal bond with her.  She tried to keep a brave face on in public but people could find her prickly and taciturn away from the limelight and even when in it.  I lived in Highgate when she did, would often see her around and was one time rendered speechless by her when teaching as she appeared in my classroom on a school visit for prospective parents (both of her children attended the Primary School I worked at).  This was a school which had more than its fair share of notable parents but this was the first time I felt myself floundering in presence of celebrity.  With someone as good as she was at analysing speech I felt my words being analysed as I spoke to the class, when, in reality, even if she was listening, she was just a mum looking around.

Rees gets this private/public person split very well.  She was demanding to work for, rewriting and striving for perfection and insisting on actors being word-perfect and not deviating from her script.  She was driven, as indeed she had to be, at the time there was no woman writing comedy in this way, there was much resistance to female led female written comedy on British television (“As Seen On TV” predated the first French & Saunders TV series by three years).  She was a pioneer, who achieved so many firsts in her career.  Jasper Rees is also strong in celebrating this, it made me want to go back and experience her work again, always a good marker for a biography.  What I don’t think I need to do is read any more about her life as it is all here- the years of struggling after the New Faces appearance, her marriage, the children, divorce and final illness set alongside the comedy magic she produced. This book deserves my five star rating.

Let’s Do It: Authorised Biography Of Victoria Wood was published by Trapeze in hardback in 2020 and paperback in 2021. Since then Jasper Rees has put together a collection of unseen sketches, songs and other memorabilia in his November 2021 publication “Victoria Wood Unseen On TV” which I am adding to my To Be Read list.

I think we readers can always appreciate a book which has become lifeblood for its author. Although this writer and television producer has gone on to write other works, which have largely spun off from this title this will always be his special project and his feelings for this work and the individuals who provided the reason for the work are only too apparent.

It was first published in 1973 as a record of Fisher’s heroes from the world of comedy and variety, the latter still then playing a part of the entertainment industry of the day, but nowhere near as prevalent as it had been in decades past. This is the 40th anniversary edition of the book, which has been reworked and added to with lucid and involving afterthoughts at the end of most chapters. The big difference here is that 40 years on most of the artists accorded their own chapter had died and since publication of this edition six years ago they have all departed, the last survivor being Ken Dodd who left us last year. Of those mentioned in passing I think only a couple of the young pretenders Jimmy Tarbuck and Roy Hudd remain. This makes this work an even more important historical record of what are fast becoming lost days than it was on first publication.

Over 32 chapters Fisher shines the spotlight on those individuals who shone brightest from the Victorian performer Dan Leno (now best known as a title character in a Peter Ackroyd novel and its 2016 film adaptation) to the comedy stars of the 60’s and 70’s who attracted huge television audiences. This book is weighty and is a quality production through and through full of sumptuous photos, often over a whole page and many of which come from the author’s personal collection. 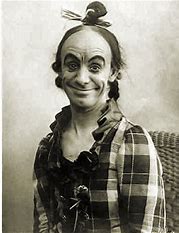 The earliest performers will nowadays mean little to the reader (although it is interesting to note the source of some of the catchphrases still in modern parlance). If there is a central character than that is perhaps Max Miller, a comic I know by reputation only. The performers seem to fall naturally into a pre and post Miller division. Comedy is very much of its time. I wonder if anyone today would find Arthur Askey laugh-out-loud funny, some of the artists here remained at or near the top until their (often premature) deaths, some found themselves having to diversify somewhat (eg: Max Wall into serious acting, Max Bygraves into singing and quiz shows) and others found their stars waning (eg: Benny Hill) as tastes changed. 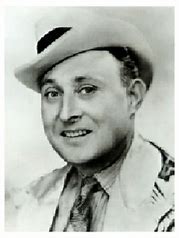 Fisher is very good at including personal anecdotes of a lifetime both of admiring many of these performers on the stage and working alongside them in TV production. His first contact with a celebrity was aged 11 in 1956 when he won a competition to meet Norman Wisdom during the interval of “Aladdin” at the London Palladium. This was the encounter which set the seal on Fisher’s future interests. Wisdom was charming and relaxed. How easily it could have gone the other way with an 11 year old descending during the valuable interval minutes for a performer on what was the first night of the run! Many stars both past and present would not have been as accommodating! 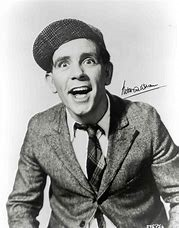 The focus is on comic performers from variety rather than comic actors so no Carry On Gang (apart from Frankie Howerd and “Carry On Teacher” star Ted Ray), no Alastair Sim  etc, although he certainly does not ignore film performers, in fact some of these took their stage characters to become some of the top domestic stars of their day, credited with keeping the British film industry afloat- so take a bow Will Hay, George Formby, Gracie Fields and Norman Wisdom.

Obviously the reader is going to seek out their own favourites. One who certainly predated me but who could silence the near-riot atmosphere of Saturday morning pictures when I was really quite young much better than the more contemporary Children’s Film Foundation offerings was Arthur Lucan, better known as Old Mother Riley. As a young child I was equally thrilled and scared to death of Jimmy Edward’s headmaster character in the TV revival of “Whacko!” In real life he was a man whose struggles with his sexuality led his brother to say after his death in 1988 aged 68 “It all got on top of him at the end.” Later on, my comedy heroes became Frankie Howerd, Benny Hill, The Two Ronnies and I defy anyone who was around at the time to read the chapters on both Morecambe and Wise and Tommy Cooper without hearing the voices and laughing out loud throughout. (Why do I find Cooper’s “Glass, bottle! Bottle, glass!” still so funny?) I’ve actually discovered I have another book by John Fisher on my shelves, unread, his biography of Cooper, so when I get round to it I will certainly have a treat in store with this full-length expansion of the chapter here.

It’s worth noting that the world of comedy and variety at this time was very male-centric and this is certainly represented here with only Rochdale’s Gracie Fields getting her own chapter. There is another section which groups together women who rose to as near the top as they could get in a difficult profession and here I found another real favourite, Hylda Baker, probably the Queen of the Catch phrase.

Thank you Mr Fisher for this real blast of nostalgia I found lurking on the public library shelves. It brought back the excitement of knowing there was a new Morecambe & Wise, Benny Hill or Two Ronnies show on TV that night and it also taught me a lot about those I dimly remembered or knew just as names from previous generations of comic fun.

This edition of “Funny Way To Be A Hero” was published in 2013 by Preface.