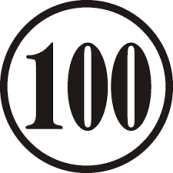 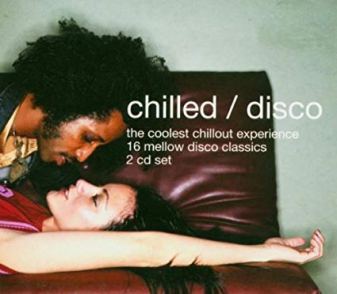 I picked up this 16 track double CD from a bargain bin in my local Asda Supermarket not too long after its release.  It is very sparse in information about the tracks but for me it was a bit of a gem of a find and I have played it so many times over the years.  It’s not been given that many favours, the dearth of information, the anonymous labelling (I can find out nothing about the Smart record label, I’m assuming it was British but I’m not sure) and the title is certainly wrong – subtitled “16 Mellow Disco Classics” is misleading to say the least.  Luckily, at the time I recognised this for what it was, 16 tracks licensed from the Salsoul label coming from the 1970’s and early 80’s and up there amongst the most thrilling disco club hits of all time. 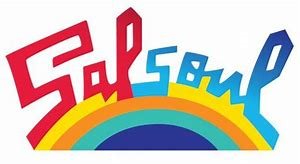 Salsoul was a New York City label originally releasing Latin Music but when Disco hit big signed on a number of artists.  Central to the label was the house orchestra who provided the musical backing on many of these tracks and who rivalled MFSB from Philadelphia International Records.  In fact, a number of the key players of the Salsoul Orchestra were lifted from MFSB as they had become disillusioned by what was going on over at the Philly label at the time.  Salsoul were there from the early days of disco with the Orchestra producing with their debut album one of the all-time classics of the genre and scoring a 1976 Pop Top 20 hit with a sublime reworking of the standard “Tangerine”.  When disco went underground DJ’s were still heavily featuring tunes from this label and remixing and re-editing and given them a whole new lease of life.  Producers/DJ’s such as Walter Gibbons, Larry Levan and Tom Moulton extended and revitalised the original songs and when sampling came in, many a Salsoul sample was used on countless club tracks.  It’s not totally clear on this album what you are actually listening to, the original album or single release or a later remixed version.  I don’t think it matters too much and certainly doesn’t mar the enjoyment as far as the music is concerned.  Those of us who like to know exactly what they are listening to might get a little antsy.  In fact, a number of the remixed tracks have become the standard versions of these releases and were re-issued by Salsoul when the label had a resurgence within a couple of years after the release of this particular CD.

As always with these various artists CDs I will  list the tracks together with their highest pop chart position (UK/US) if relevant and l will pick out a handful of songs to give a flavour of what makes these CDs essential.

5. Dr Love – First Choice – This girl group trio made it big in the very early days of disco with “Armed and Extremely Dangerous” and “Smarty Pants” on the Philly Groove Label scoring two UK Top 20 hits in 1973.  They label hopped from Gold Mine and Warner Bros making great tracks on the way before moving to Salsoul Both lead singer Rochelle Fleming and Annette Guest lasted the duration of the group with the third member tending to come an go.  At this point it was Ursula Herring. This and the above track first appeared on their 1977 Gold Mine album “Delusions” produced by Salsoul leading light Norman Harris.  In their original incarnation they lasted 5mins 17 and 4 mins 28 respectively.  These remix versions which have become associated with the Salsoul label clock in at 7min 35 and 8 min 03 so there has been some serious extending going on. I believe these first appeared as Salsoul twelve-inchers around 1983. In this format “Let No Man Put Asunder” (later covered by Mary J Blige and sampled by other artists) does go on too long and becomes annoying but this infectious girl group stormer works very well.  How can you resist a song that begins “He’s got the potions and the motions.”! 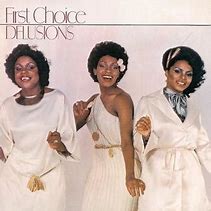 6. Ten Percent – Double Exposure – If anything proves the title to these CDs is wrong it is this track which is about as far away as chilled disco and mellow music as you can get, a real barnstormer of a track which combines a male group vocal track with some really exhilarating orchestration which really gallops away.  You can’t help think if this was recorded by one of the higher profile male vocal groups such as Trammps, Harold Melvin and The Bluenotes or Tavares that this could have been a huge hit.  This group had been around since the early 60’s with finding much success and their stint at Salsoul should have changed that as they had at least another great track in “Every Man (Should Carry His Own Weight)” which was heavily sampled for M&S Presents The Girl Next Door’s UK#6 hit “Salsoul Nugget” in 2000. Here I’m pretty sure we’ve got the percussion-laden Walter Gibbons remix which comes in at nine minutes and its a great disco track.  And in its “10% of something is better than 100% of nothing at all” hookline there’s maths as well!

7. This Will Be A Night To Remember – Eddie Holman – Eddie’s falsetto masterclass “Hey There Lonely Girl” reached number 2 in the US in 1970 but had to wait four years until it became a surprise #4 hit in 1974.  The novelty value of his extraordinary vocal ability consigned him to one hit wonder status but this track certainly should have done the trick for him when it was released by Salsoul in 1977.  Eddie’s voice is not the whole focus here, there’s great orchestration and really dramatic piano flourishes throughout which makes the whole thing a thrilling enterprise. 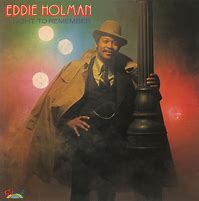 8.Helplessly – Moment Of Truth – Another epic track with a soulful male vocal reminiscent of David Ruffin over female backing singers, a track which drives along as the lead vocal becomes increasingly anguished.  Surprisingly for such a great soul performance this was also popular as an instrumental, but here you get the 6 min 25 vocal version. 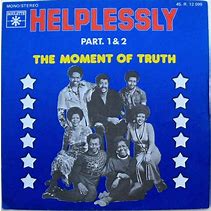 1.Ain’t No Mountain High Enough – Inner Life – I’m pretty sure that, despite the lack of information to confirm this what we have as the opener to this second CD is the Larry Levan remix of this song .  I’m basing this on the fact that the original 1981 twelve inch single release was 7 mins 32 in length and this is 10.28.  It starts off very stripped back with some gospel wailing from Jocelyn Brown until some big percussion (is it kettle drums?) cuts through and then its into the Ashford and Simpson song most famous for its version by Diana Ross.  Jocelyn Brown is a phenonomenal singer who became a UK chart regular in the 80’s and (especially) the 90’s when she helped Incognito, Right Said Fred, Kym Mazelle, Todd Terry and Martha Wash have Top 20 hits as well as having a run of hits as a solo artist including this track which she revived in 1998 and got to number 35.  This is an opus of orchestration, synthesizers and great vocals. 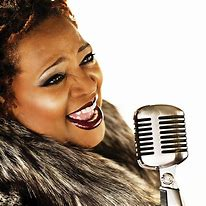 2.Love Sensation – Loleatta Holloway- Certainly up there as the most sampled voice of all time, this is Loleatta’s third appearance on this album and it is her best.  A huge voice incredibly recognisable as almost every line she sings here was lifted and used elsewhere  in the late 80’s and early 90’s, most prominently in Italo-House classic and UK#1 single “Ride On Time” by Black Box, which I should feel outraged by but I was familiar with the Black Box track before I heard this and what they did with their reinvention of the track was nothing short of genius, one of my favourite singles which surpasses this already impressive original.  The most outrageous thing about Black Box was their passing off that wispy French model Katrin Quinol was the possessor of this incredible voice and for a short time we bought it.  Legal proceedings followed and Loleatta rightfully acknowledged as the singer.  Written and produced by Dan Hartman, this is another of his big disco epics, like “Relight My Fire”, “Countdown/This Is It” and “Instant Replay”.  This man could really do disco on a big scale and he certainly had a big vocal performance in Loleatta.  Despite limited success in the peak of the disco era Loleatta would find belated fame in the dance music revival of the early 90’s where either her, the aforementioned Jocely Brown or Martha Wash would be the go-to girl for big vocals.  She got a credited Top 20 hit with Marky Mark with “Good Vibrations”and with Cevin Fisher in “(You Got Me) Burnin’ Up” and was great on a UK#23 cover of the Style Council’s “Shout To The Top” as part of Fire Island in 1998.  She passed away in 2011 aged 64.

3.Just As Long As I Got You – Love Committee

6. Ooh I Love It (Love Break) – The Salsoul Orchestra

7. Love Is You – Carol Williams – A delightful track by a vocalist with the warmth of Gloria Gaynor amidst a striking vocal arrangement (at one point there’s a flourish which is reminiscent of the theme from “Wonder Woman”) and enough hooks to keep later samplers happy.  Most noticeably this track was used in the 2000 UK number 1 hit by Spiller “Groovejet (If This Ain’t Love)” which had a lead vocal from Sophie Ellis-Bextor.  Sophie’s latest album “The Song Diaries” (2009) features orchestral reworkings of her greatest hits and she covers this Carol Williams original to good effect.  Carol was the first female singer signed to Salsoul and even though there was only one album she is still apparently performing still. 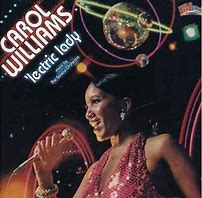 8. Nice And Naasty – The Salsoul Orchestra – (US#30- 1976) The mastermind behind the last three tracks and behind the whole Salsoul Orchestra project was Vince Montana Jnr, percussionist and vibraphone player, producer and composer and one of the most important figures of the Disco era.  This was the title track of the Orchestra’s second album and combines the musical sweep of their productions with a funky little bass-line reminiscent of the theme from “Peter Gunn” and sassy unison female vocals which keep it just on the right side of tacky.  There’s a spirited sax solo and although it’s not the best thing that outfit did it’s always a great listen and leaves me with a smile on my face. 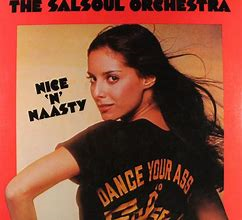 Chilled Disco is currently available from Amazon in the UK for £4.39 and used from £1.04.  It provides an excellent introduction to the Salsoul label at a bargain price.  There are many other more official, better packaged CDs available.  The thirty track Salsoul 30th Anniversary compilation would be a strong choice (currently £15.82 on Amazon).