The remix- Discuss.  I had to do a little bit of research to find out how remixing came about.  I wasn’t that surprised to see that the originators were the top Reggae producers of the 70’s who put what they called “versions” on the B-side of singles.  These were more than an instrumental “dub” track.  They were restructured tracks taking beats and rhythms and hooks from the original and playing around with them.  In the US the remix’ commercial success came with the disco era and people like Tom Moulton (who began as a mixer and producer in the early days of disco for artists such as Gloria Gaynor and Grace Jones  but then began to remix, most famously for artists on the Salsoul label.  Another name from the time is Walter Gibbons who also remixed a number of Salsoul tracks.  DJ remixed versions of tracks such as First Choice’s “Let No Man Put Asunder” and “Dr Love” and Instant Funk’s “Got My Mind Made Up” sounded very different from the originals as parts of the track were looped and repeated turning the whole thing less into a song and more into a production.  The discos lapped it up and the remix was born.

Move on a few years and remixing was a standard way of extending the life or length of a track, or of introducing a song to a slightly different market or just providing an alternative so a fan would buy a track more than once.  When they worked well the remix became accepted as much as the original – think Bill Withers’ “Lovely Day”.  It is still very common to hear the 1988 UK#4 remix than the 1978 UK#7 US#30 original.  The remix is a different beast, however, to the sampled track, although on occasions the boundaries can be blurred.  In 1989 (the year Chaka’s remix project was released) one of the biggest and best hits in the UK was Italian house act Black Box’s “Ride On Time”.  This was in effect a remix of Loleatta Holloway’s Salsoul track “Love Sensation” but the crafty Italian producers initially snuck it out without any credit to Loleatta as a new track so we see it as a sampled track rather than a remix.  To confuse matters further the group did have some success when five years later they did remix it and came up with “Bright On Time- The 94 remix”.  It was in this atmosphere of remixing and sampling that the idea of the Chaka Khan project came about. 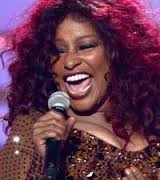 This was something a little different.  A Remix album.  A whole album of remixes of some of Chaka’s biggest hits, most of which had been initially aimed towards the dancefloor on first release.  Now the remix album is something that I would generally avoid- I can think of one other that I play on a regular basis and that is by Shirley Bassey who got a #42 UK chart placing with her 2000 “The Remix Album-Diamonds Are Forever” which saw different producers restructuring her classic hits and working magic with the powerful Bassey voice.  I briefly owned an Englebert Humperdink remix album but that was too cheesy for even me but back to 1989 and Warner Brothers made the decision to go with a remix album to fill the gap between albums for an artist who was becoming disgruntled with the label.  There had been remixes of Chaka tracks before released around the time of the original but this was a whole new end of the 80’s creation.

Chaka, herself, was reputedly initially not happy with the concept but it did give her a highest ever chart placing in the UK chart and spawned two top 10 singles which in their remixed form both outdid the chart success of the originals.  This success also may have been instrumental in the decision for Chaka to move to the UK for a number of years.  The decision to put this out may have had something to  do with the diversification of dance music at the time into areas such as hip-hop, house, acid house and garage and there are elements of all these in the R&B and Disco tracks selected for remix. 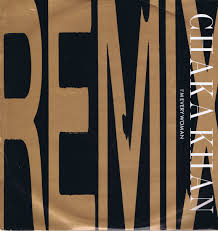 If you are dealing with Chaka Khan then the most essential thing is the voice (this is also the case with Shirley Bassey which might explain the success of both remix projects). To keep the emphasis of the voice within the track is essential and that means it less likely that the remixer will lose the sense of the original song  In fact some of the remixes are rather subtle.  The average non-Chaka fan listener will probably not be able to differentiate between the Frankie Knuckles remix and original of “Ain’t Nobody” and that became the album’s biggest hit (UK#6) but then it is because it is a great song which us Brits hold in high esteem as it has also charted in inferior cover versions over the years. 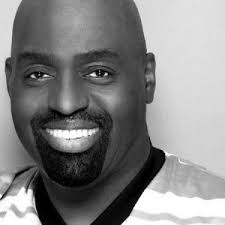 The whole thing kicks off with the title track “Life Is A Dance” which came from her 1978 debut.  David Morales is in charge of the remix and this is transformed into a great house track with funky keyboard riffs and is a perfect starting point to show what this remix project is all about.  “I Know You I Live You” originated from the 1981 “Whatcha Gonna Do For Me” album and has been remixed here by Tony Humphries and like the opening track beefs up the original without radically departing from it.  Two tracks from “I Feel For You” follow next.  The Marley Marl version of “This Is My Night” doesn’t create the sense of anticipation which I love so much about the original but the Paul Simpson remix of “Eye To Eye” is a valid alternative of a song which just gets right into your head.

I would imagine that most singers would approach a duet with Chaka Khan nervously as they are likely to be sung off the planet but in 1982 Rick James took the plunge and the result “Slow Dancin’” is remixed here by Eric Sadler and Hank Shocklee.  The insidious funk of the original track is a little cleaned up here  in favour of the electro beats but it is still a heady mix.  “Fate” is also from 1981’s “Whatcha Gonna Do For Me” and this less familiar to me track comes to life in this David Shaw and Winston Jones remix.  It’s laden with drama and the Chaka vocal when it kicks in after a minute of setting up the groove is exemplary.  The remix certainly does not lose the colour she is able to put into her vocal.  “I’m Every Woman” becomes an eight and a half minute journey of rolling drum breaks which feel like they are never going to let up.  This Dancin’ Danny D  mix manages to add to the excitement of the already impressive 1978 original and is another one of the tracks that I don’t mind hearing either in its original Ashford and Simpson or remixed Danny D version.  The British public obviously agreed with me as it bettered the original by 3 places in the chart reaching number 8 as the lead single from the album.  “One Million Kisses” gives a second bite of the cherry to David Shaw and Winston Jones and was a track originally from the 1983 Rufus live album.  It’s not as good as their work  “Fate” but then then I feel that about the original song as it is a little forgettable.

Following the Frankie Knuckles “Ain’t Nobody” we get another stand-out track in the C+C Music Factory remix of “Clouds”.  This was an early example of what Robert Clivilles and David Cole could do as it predates their run of hits which began the following year with “Gonna Make You Sweat”.  Dramatic thunderstorm effect into a stomping house beat which benefits from a great Chaka vocal.  The production is big and the vocal is big and the end result is ginormous and a real highspot of the whole project.  At the time this felt like a brand new track so contemporary was its feel.  It was in fact originally on the album “Naughty” from nine years earlier.  The whole thing really moves.  This is an early example of what became known as Euphoric House.  In 1997 Chaka’s sister, Taka Boom, another under-rated performer, lent her vocal when “Clouds” was covered by  The Source and got a number 38 UK hit single.  Chaka’s version in this remix is for me the definitive version.

The closing track is, at 8 minutes 51 the longest track on the album and as it is her number 1 “I Feel For You” would be the most familiar.  Paul Simpson, on remix duties, incorporates a sample of Prince’s original version of the song to very good effect.  This became the third single from the album which by the time of its release in October 1989 felt a little like too much Chaka Khan remixing as it stalled in the UK charts at number 45.  It works well but does not challenge the original. It gets a bit bogged down with the “let me rock it” Melle Mel rap which is looped and repeated and the whole thing comes off as less exciting and radical as the original.

Warner Brothers were certainly shrewd here in their choice of re-mixers as a number of those chosen were either or would be in the not too distant future leading lights of the dance music scene who would score chart hits under their own name – Frankie Knuckles, David Morales, C&C Music Factory, Paul Simpson all got great exposure on this album.  This is the most essential remix album around in my opinion.