Sometimes a book idea seems so odd you just have to go with it.  I spotted this volume lurking, not totally appropriately, on the Historical shelves of my local library.  Needing a historical book for a square on my Book Bingo Card I pulled it out and discovered it was a “Create Your Own Jane Austen adventure”.  Having had a soft spot in the 8o’s for those Steve Jackson and Ian Livingstone “Fighting Fantasy” books and others of the choose your own adventure ilk, I thought I’d give it a go.

The plot follows, with some digressions of incidents from other novels, “Pride and Prejudice”.  (Unsurprising, given the title).  You  are given 200 Intelligence and Confidence points, 50 Fortune points and no Accomplishments nor Connections and sent off in a non-consecutive way to skip backwards and forwards through the book with the aim of snaring Mr Darcy.  A stickler for rules, I played just as Webster intended and had very soon slipped into a negative fortune (why does that not surprise me?)  I had a limited number of accomplishments and a lot of personal failings (rather like your average Jane Austen character then). Readers’ paths will deviate in the book through some random choices (“Will you go left or right?”) and by answers to quiz questions but these choices are not as frequent as I was expecting, suggesting that the structure is not as complex as some of those old “Fighting Fantasy” titles.  You will not need any dice but there is a lot of adding and subtracting points over which the reader has no control or influence.

What would Elizabeth Bennet do?

I stuck with it by thinking “What would Elizabeth Bennet do?” and this fair-enough strategy worked up to a point and I felt I was working through the book successfully and that Mr Darcy would fall for my charms! I’d got to Stage 3 and admittedly the novelty was wearing off, somewhat, and I was getting a little, dare I say it, bored with the lack of variety in the game play.  Introducing sub-plots taken from incidents in the other novels or Jane Austen’s life are sent to trip the reader up  and in Stage 3 I rather randomly ground to a halt after an evening at Hartfield Hall.when my carriage crushed poor old Mr Elton, from “Emma” to death

I felt somewhat cheated as I thought I had been playing an exemplary game and carried on reading the book only to face death myself in Stage 4, before managing to get Mr Darcy up the aisle in Stage 5.

It is an interesting concept (perhaps one that has been superceded in strangeness by linking Jane Austen with zombies) but it is overlong and it would probably be more likely to be sit on an Austen fan’s shelf rather than devoured in full.  It’s quite a fun bit of nonsense and kept me occupied for a day or so.  Its tongue is firmly in cheek which will endear it to some and irritate others.  It might be more of a book bought as a gimmicky gift for a Jane Austen fan than one chosen by the fan herself.

Being Elizabeth Bennet was published by Atlantic in 2007 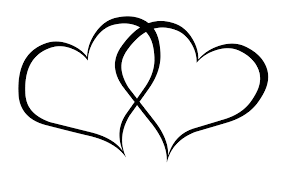 And here we have the original blueprint for many a chick lit novel. Girl meets man, girl doesn’t like man, girl is not sure if man likes her, man makes his attentions known and is rebuffed, girl decides she does like man after all and has to wait for the catalyst which brings girl and man together. Along the way, family and friends both help and hinder the eventual outcome. Sounds simple, yet when carried out with the subtlety, wit and craftsmanship of Jane Austen the whole thing reaches another level.

I re-read this to see if it was my favourite Austen novel. It isn’t. That is still “Emma” (I think although I may have to re-read this soon to confirm this). There the vivacity and machinations of the main character raise it up to a slightly higher plain. I am also a great fan of the “Gothic” influenced “Northanger Abbey”, her first novel (but only published posthumously) one of the greatest expositions on the power of books (especially on an impressionable mind). I recently had another go at “Mansfield Park”, which I felt like I virtually knew off by heart when I was at college, where I read it of necessity and found it all rather solid and indigestible. I did think age and experience would mellow my opinion but it still lacks the sparkle of her best. I think it’s because of Fanny Price, probably literature’s most passive character and the less than captivating love interest, Edward. “Persuasion” and “Sense And Sensibility” were read too long ago for me to carry out any comparison but I think they might not challenge the big three of which “Pride & Prejudice” is one.

It’s hard not to recall the BBC series when reading this and picturing Colin Firth as Darcy (I know quite a few of my readers would like to now picture Colin Firth) and Alison Steadman superb as the silly Mrs Bennet but I did feel that the Darcy in the novel does not have quite the presence that later visual interpretations have given him. (Controversial point) but Mrs Bennet is just as silly, daughter Elizabeth just as likeable and the sense of propriety just as important.

This novel probably has the greatest range of memorable characters, the pompous Mr Collins, who first makes a play for Elizabeth; her too laid-back father; the scheming Miss Bingley; the other sisters, especially the too ready to grow up youngest, Lydia and the pretty ghastly Lady Catherine de Bourgh. Unlike the best of Dickens or the Brontes, I do not find myself hanging onto every word of the novel and my concentration does have the tendency to dip in and out, but when it’s good it is very good indeed. From Lydia’s disappearance onwards it does become more consistently engaging.  For me this is a book I am very happy to have sitting on my shelves, until the next time I decide to give it another go, but it just misses out on being an all-time favourite.