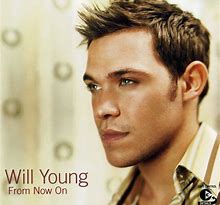 If twenty-three year old Will Young had not won the first series of ITV’s “Pop Idol” it is possible the whole reality talent show movement might have died a quiet death.  The format of finding a star on television had really faded since the 70’s and the heyday of starmaking duo of “Opportunity Knocks” and “New Faces” until it was revived in what initially seemed a small show “Pop Stars”.  This talent show format was intended to form a group and ended up with Hearsay and a totally unexpected huge sales volume for their first single “Pure And Simple”. 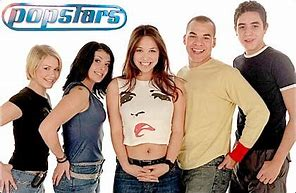 If it worked with a group it could work with a solo artist but when the first series of “Pop Idol” launched nobody was totally sure and nobody would have predicted that it would have spun off versions all around the world and still seventeen years later remain one of the most significant formats in UK television (and now through its overfamiliarity often reviled) with its own Saturday night juggernaut spin-off “ The X Factor”.  Will’s victory certainly got cash tills ringing with well over a million copies of his debut single sold in the first week, with two more number ones following on before the release of his first album in October 2002 which also topped the charts and followed up with a double A-sided single which reached number 2. 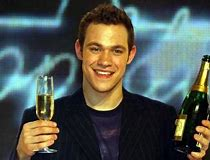 And yet Will Young was not expected to win.  Throughout the competition the hot favourite had been Gareth Gates and the famous look of surprise on Will’s face when it was announced he had won was echoed on viewer’s faces around the country.  The debut single had to be ready to be released immediately, as this had worked so well in Hearsay’s favour and so the three finalists, Will, Gareth and Darius recorded their versions of “Evergreen” a song that seemed much better suited to Gareth’s voice.  Perhaps the tension that was reputedly there between Will and music mogul and benefactor of these huge sales, Simon Cowell, that had simmered throughout the show became something a little more serious from this point.  It seems to be a well established fact that Cowell wanted and expected Gareth Gates to win.  Although for a time there was room in the public hearts for both acts (with Will and Gareth topping the charts together with a song which appears on this album) it was Will’s career that had the longevity and by far the bigger sales. 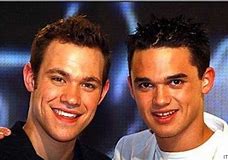 The release of the debut album was thankfully not rushed in the same way as the single and it remains by far the strongest debut from a Simon Cowell helmed reality show winner.  Although other non-winners had launched strong first albums (including Olly Murs, Rowetta, Marcus Collins, Rebecca Ferguson)the actual winners had to put up with albums that were musically patchy, even if they were being launched on a worldwide stage, like Leona Lewis.  Will’s is, in my opinion, the best of the bunch. 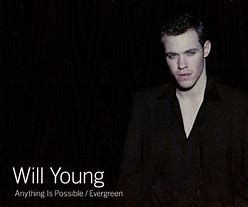 It opens with that double-sided huge hit taking up the first two tracks of the CD.  Sales of 1.79 million in the UK which still remains the highest debut single sales for a solo artist and makes these tracks according to a quick check at the Official Charts Company the 19th biggest selling single of all time fitting in between The Beatles “I Want To Hold Your Hand” and the hit-twice around of John Lennon’s “Imagine”.   It is the 5th biggest track ever by a solo male artist slotting in behind Elton John, Pharrell Williams, Stevie Wonder and Bryan Adams.  The UK in 2002 were undoubtedly swept up in Pop Idol fever and it’s hard to see it as a classic single compared to some of the others in the all-time Top 20 but I actually really quite like both songs.  “Evergreen” was written by the Swedish triumvirate Jorg Eloffson, Per Magnusson, and David Kreuger and had previously been an album track by Westlife and that is what it sounds like with its build and swell and key changes but there is something in Will’s voice that pushes this up to another level which is not there in the Westlife version.  The songwriters were part of what was known as the Cheiron song-writing team of around about a dozen who worked at the Stockholm studio and between them were responsible for countless pop hits in the 90’s and 00’s for artists such as Backstreet Boys, Britney Spears, Boyzone, Westlife, Celine Dion, Ace of Base who dominated charts in that era with songs that might have veered towards the formulaic at times but it was certainly a winning formula. 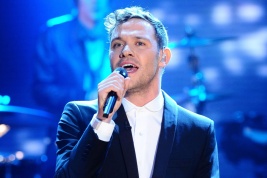 I like even more “Anything Is Possible” with its slicker soul sound and a lovely vocal performance from Will which saves it from a slight sugariness.  This was written and produced by former solo recording star Cathy Dennis alongside Chris Braide in composition duties and Oskar Paul in production duties.  A song was commissioned for the winners by Pop Idol head man Simon Fuller from the writing duo because of work they had done with S Club 7.  (Simon Fuller is perhaps the forgotten man in all this- at this stage Simon Cowell was just one of the judges, it was Fuller who had the control and held the purse strings).  This has a great example of the Will Young soaring note which he always does so well and has become a bit of a trademark for him. 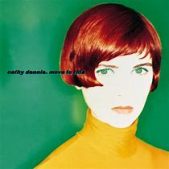 Follow-up single “Light My Fire” was a cover version of the Doors song that would have been familiar to viewers of Pop Idol as Will had featured a version of it back in the Top 50 stage of the show.  This was very much a turning point for Will as Simon Cowell described the performance as “average” and a miffed Will answered him back.  This was the moment the public really got behind him and results published after the series had finished showed that at this stage the public had awarded him with the highest number of votes where he would remain until the Top 6 when he slipped to second place behind Gareth Gates in Abba Week and would remain behind him until the final when he emerged from the background to take the Pop Idol crown.  We viewers never knew it was as close as this and most would have assumed that Gareth and perhaps Darius were scoring higher with the public throughout than they actually were.  I did vote for Will all along (and had a considerably higher than average phone bill that quarter to prove it!) 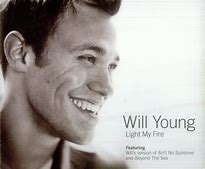 So when looking for a follow-up to one of the biggest selling singles of all time perhaps a studio version of “Light My Fire” produced by Absolute was an inspired choice. It had been a hit song on five previous occasions, the original by The Doors had been a US#1 in 1967 but had to wait 24 more years before it became a UK Top 10 hit reaching number 7 in 1991.  Ironic cheesy retro performer Mike Flowers Pops took a version just into the Top 40 five years later and acts such as UB40 and Shirley Bassey had released it as a single without much success.  In fact the most successful chart placing up to this point had been disco singer Amii Stewart who had placed it in a medley with “137 Disco Heaven” and got to number 5 in 1979.  However, the version that Will’s took more of its inspiration was the cool jazz-enriched version by Jose Feliciano which had reached number 6 in the UK in 1968 and number 3 in the US.  Rich in acoustic guitar Will’s version is lovely and became his second chart-topper.

Cathy Dennis’s presence is there as songwriter and producer (one with Mike Peden)  of the next two tracks, one written with Robbie Williams’ hitmaker Guy Chambers and one with Will himself.  “Lover Won’t You Say” is another piece of chunky jazz-soul which has the kind of wistfulness I associate with cool bands such as Swing Out Sister.  “Lovestruck” with its acoustic guitar intro feels like a deceptively sweet simple song which has a warmth which makes it one of the highlights of the album. 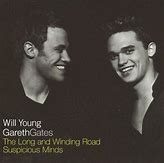 It was certainly one eye on the tills which decided upon single number 3  put out just before the release of the album.  Combine the fans of Will with those of runner-up Gareth Gates who had himself by this time also scored two number 1 singles.  The decision was to record The Beatles’ “The Long And Winding Road” was an okay one I suppose and it was almost a guaranteed number 1 which it achieved for two weeks.  It’s nice enough and on the few bits they sing together their voices harmonise nicely.  There are better cover versions of this song around however. 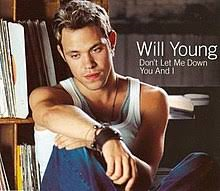 Once the album was released most people who forked out for it would have been highly likely to have had at least a couple of the three tracks already released as singles.  It probably wouldn’t have made much sense to put out a lot of singles after this, but around a month after the release the only track to be put out after the album’s release was the strong “You And I”.  It was packaged alongside a new track “Don’t Let Me Down” as the official Children In Need Single of 2002 and stalled at number 2.

After this rash of singles the last six tracks set out the future for Will Young including another two Cathy Dennis songs (one alongside Will again) and one with the legendary Burt Bacharach and three written by a team of Richard Stannard, Julian Gallagher, Dave Morgan, Simon Hale and Will Young.  What was evident right from this point was that Will was not going to be another pop puppet with strings pulled by management or song-writing or production teams.  He was going to be involved right from the start and that determination led to the odd story that he was prickly when in fact he was just keen not to go down some pre-determined route.  This also helped him be loved by the British public.  These are all consistently good pop songs with my favourites of the bunch being the Dennis and Bacharach combo “What’s In Goodbye”, which hides its complexity under a song which seems initially simple, as do many of Bacharach’s best songs and the jazz-influenced “Over You”.

The final track seems the start of a new chapter for Will.  “Fine Line” is produced by Mike Peden and written with him alongside E and H Johnson and is an intense, dramatic, pretty uncommercial piece of mood music which has an exemplary vocal performance and seems to me to be a long way away from a duet version of “The Long And Winding Road”.  This is a mature, brave way to close the album.

Next time round the song-writing and production teams would be completely different (other than Will’s own involvement of course) but this closing track seems to me to be the one that sows the seeds for some of things we would hear musically and vocally in 2003’s follow-up album “Friday’s Child”.