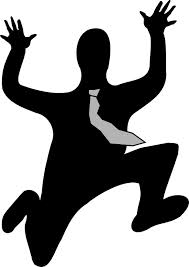 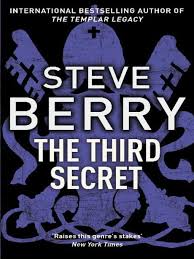 This is the fourth Steve Berry book I have read, one of which, “The Amber Room (2003) I have reviewed here. I haven’t yet really got into his series books, but his stand-alones are very good examples of this genre.  After the Russians of “The Romanov Prophecy”, the Nazis in “The Amber Room” the focus here is on Italy, more specifically the Vatican.  What Berry does so well is set up a fascinating premise, this he has done with all three of his stand-alone novels, this one being no exception.  The Vatican is aiming to control visions of Mary and especially, her words when she appeared to a group of children in 1917 in Fatima, Portugal.  There’s a pretty seamless combination of fact and fiction, as the 1917 visions are well documented.  But along the way Berry cranks up the thrills.  There’s papal elections, murder and excommunication.

The main character, Michener, is an American Papal Secretary and close friend of the Pope.  He is questioning his role in the Church, especially with regards to celibacy, so there’s a good bit of inner conflict alongside the public turmoil.  All the characters have secrets but it is the revelation of the Third Secret that will change the world for good.  Those in the know want the secret kept at any costs.  Pace is a little hit and miss and unfortunately I did not warm to either of the main characters, Michener and ex-girlfriend Katerina Law.

Out of the four Steve Berry books this comes in at number 3 behind “The Romanov Prophecy” and “Amber Room”, but this writer I think has the skills to come up with a real out and out winner.  It might be already out there but I just haven’t read it yet. 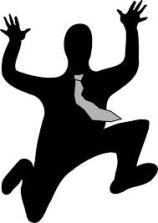 This is the third Steve Berry novel I have read, and, unusually for me I have read them not in the chronological sequence that I usually read in.  First up I was very impressed with his “The Romanov Prophecy” (2007) which I polished off not long after it came out.  In those days I was not so meticulous about reviewing what I had read and it did slip through the net, but I remember enjoying this blend of fact and fiction.  I wasn’t such a big fan of “The Venetian Betrayal”(2008). This was the third in the series of his Cotton Malone books  and it felt like it was a mid-series book.  It fell head-first into the hokum category that “The Romanovs” avoided.  There were characters I cared little about and it took me quite a while to return to Berry.  “The Amber Room” an earlier novel, is not quite up to his best but is a distinct improvement on the disappointment that was “The Venetian Betrayal”.

This is a stand-alone rather than a series novel.  I didn’t actually know anything about “The Amber Room” (the room rather than the book).  It was a Russian treasure of amber panelling from St Catherine’s Palace, taken by the Nazis and lost at some point.  Seems an ideal starting point for an adventure genre novel!  The stolen Nazi treasure plot-line features an American judge, Rachel Cutler, and her lawyer ex-husband who get dragged into the search for the amber room because of family connections.  There are a couple of cartoonish baddies (one male, one female) employed by art collecting families and these are in competition with one another to discover the location of the panelling and will kill those who get in their way.

It reads well and like “The Romanov Prophecy”  (which I think might be due for a re-read) there is a good blend of fact and fiction but without that little extra sparkle which made that book superior to this.

The Amber Room was published by Hodder & Stoughton in 2003