Christmas is all about tradition and there are some traditions I find myself observing in the run up to the big day.  It’s early December- buy the Christmas cards, make the card list, pile up the unwritten cards on the table, leave them a few days, keep going back to the table but decide against writing them, feel a mixture of guilt and agony every time someone mentions the words “Christmas Cards” and oh yes, the Royal Variety Performance. 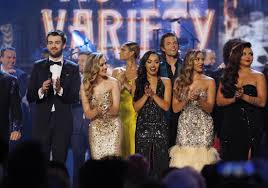 This two and a half hour annual extravaganza appeared on ITV on Tuesday evening.  This old juggernaut had a distinctly youthful feel with the youngest ever host, Jack Whitehall playing up to the probably the youngest ever Royal to come unaccompanied to the event, Prince Harry.  Having the People’s Prince on his own in the box proved too much for a number of the acts –there was probably more material delivered to the Royal Box then ever before and this time a lot of it was actually very funny.

Whitehall was a revelation and may have just pulled off the accolade “Star Of The Show”.  His hosting will be as memorable as Peter Kay’s, but was probably better at getting the whole feel of the thing right, rather than just play for laughs as Kay couldn’t resist doing on his stints which risked the whole enterprise coming across as a send up (not necessarily a bad thing).  I’ve not seen that much of Jack Whitehall in the past – I did give up with his “Bad Education” series after a couple of episodes, but he was likeable in it and there was his Sky 1 presentation of his “Christmas Cracker” a couple of years back which was a very, sweet enjoyable episode.  Other than that and the odd appearance on comedy/panel shows I haven’t seen that much of him.  This was the first time I had spent an evening in his company and he handled the whole thing extremely well, showing good presentation skills.  I think Jonathan Ross and Graham Norton need to be a little nervous of this young whippersnapper chomping at their heels. 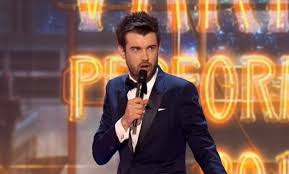 The Royal Variety Performance has only been made tolerable since the invention of the Fast Forward button (never watch it as it is broadcast unless you really have too much time to kill).  You can measure the success of the show by how often that Fast Forward button is employed.  In some years I’ve had my finger on the button almost constantly, on this occasion much less so.  As Jack Whitehall said “Tonights line-up is catering for everyone- young, old, black, white….It doesn’t matter what type of gay man you are.”

With that he introduced One Direction, about to go off on a much needed career hiatus.  The last year or so has been slightly disturbing as to how ravaged they are looking as if the Simon Cowell money-making machine has been working them like dogs.  I watched them perform feeling quite relieved that they should soon have some time off on their hands.  They were followed by the implausibly good-looking, totally unravaged Ricky Martin who performed a medley of hits.  He seems to be at the stage of his career when he is becoming a parody of his former self.  It was all performed with the fervour of a Ricky Martin look-alike.  You do always know what you are getting with Kylie Minogue.  She appeared amongst the muff-wielding dancers in a familiar-feeling feather headdress.  It was a black and white extravaganza.  Kylie, with a Christmas album out gave the whole thing a highly festive feel with her rendition of “It’s The Most Wonderful Time Of The Year.”

The stand-up comedy sections always feels the most riskiest at the Royal Variety Performance.  Get them laughing like drains and you’re made, anything less and that stage can feel like a lonely place, but remember this is not the usual type of audience you will be performing to, you may need to adapt your material but not too much as they will see through you.  We saw three stand-up turns: Romesh Ranganathan who seemed to charm the audience, the always likeable Chris Ramsey and political comedian/impressionist Matt Forde who all got everyone laughing.  Forde on  Boris Johnson – “Really speaking the language of the people, Boris, especially if you’re knocking around Pompeii in about 8BC”.  For me the comedy highspot was the extract from “The Play That Goes Wrong”- a country house murder mystery staged as an amateur production with mishaps, corpses in the wrong place, actors mesmerised by their own performances, the tendency to stick to the script whatever happens.  This went down a storm and was very funny.  I’m fascinated to find out whether this pace and level of hilarity could be maintained for the whole of the play’s running time.  It is attracting very good reviews, suggesting that it does.

Back to the music  and Little Mix were glammed up for the occasion and demonstrated how good a training ground X Factor is for this type of live performance, Jeff Lynne’s ELO nearly stole the show with their second number, a version of “Mr Blue Sky” which really turned back the clock to 1978 and was performed with due reverence  (Ricky Martin take note).  Top marks for nostalgia. The audience loved this.  The always value for money Beverley Knight proves she can sing anything with her rendition of “Memory” from Cats and Josh Groban went all Willie Wonka on us with “Pure Imagination”.  I’m afraid it was during the music acts where my finger went onto the fast-forward button, although unlike in previous years it was not because they were bad, it was because it wasn’t my thing.  So apologies to the newly-revived Corrs, rising country star Casey Musgrave and Sir Elton, making his 5th Royal Variety Performance.

That just leaves a curiously understated performance from Cirque Du Soleil (I didn’t fast forward because I was waiting for something else to happen rather than a one-woman balancing act on the rim of a large water goblet type thing). I thought this might make more sense in the context of their own show.  There’s something very festive about “Mary Poppins”.  The film was on in the background as Mary descended through the audience.  The surprising choice for the scene, the song deleted from the Disney movie “Practically Perfect” (after a burst of the crowd-pleasing Chim- Chim Cher-ee) did provide a good advert for the show (sometimes these scenes can put me off – “Miss Saigon” from a year or so back springs to mind).  Brandon Flowers sang, Jimmy Tarbuck did a touching tribute to Cilla and Britain’s Got Talent winner Jules and Matisse & Friends took their prize of a performance in the Royal Variety with a lovely routine.  This act has been dogged (get it) by unfair controversy which sullied the achievement of her talent show victory as people seemed to feel inexplicably cheated by her having a number of dogs who could perform rather than just the one.  I hope those people got over that and enjoyed what was a good bit of story-telling and a real guilty pleasure for me.

All in all, this was a good, solid show.  I do think Shirley Bassey should be contractually obliged to appear at all Royal Variety Performances until she hangs up the diamante studded gowns as I did miss her presence this year, especially as she has a Christmas single out with operatic boy-band Blake.  I do miss the revolving stage of the old “Sunday Nights At The Palladium” which makes a finale a real finale. I liked Prince Harry responding to the thumbs up from the host and his kisses for Kylie and Beverley Knight in the end-of-show line-up. 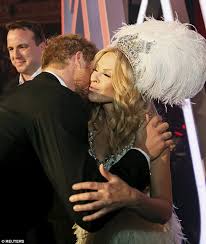 To Prince Harry ; “What you did in Afghanistan, Phrooar, the bravery……  A ginger guy in that heat!”

Introducing Kylie; “In terms of musical talent she really raises the bar unlike most Australians over here who work behind it.”

Introducing Cirque Du Soleil; “If you associate the circus with stale horse pooh, animal cruelty and creepy clowns running around a tent next to a Ring Road prepare to have your mind blown.  Cirque Du Soleil is very much the Waitrose of circuses.”

At time of writing The Royal Variety Performance is still available on ITV catch-up services.