This is an important book.  When Penguin first published this translation of a 1947 German novel in 2009 it was issued in their Modern Classics imprint.  Unlike Morrisey’s autobiography which was published as a Classic edition this is appropriate as it is a work of chilling genius.

Just the story of the author presented in the afterword of the book makes for fascinating reading.  In 1911 eighteen year old Rudolf Ditzen killed a friend in a “duel” which was actually a disguised suicide pact, engineered between the two because of their struggles with their sexuality.  Ditzen survived, was tried for murder and committed to an asylum.  There followed years of on and off incarceration in prisons and asylums for various misdemeanours.  He began writing, taking the nom-de-plume Hans Fallada, a combination of two characters from the Tales of the Brothers Grimm.  He married twice, had alcohol and drug addictions and maintained an ambivalent relationship with Nazi Germany where he remained during the war years, moving back to Soviet controlled Berlin after the war where he produced this savage indictment of life in Third Reich Berlin and died before publication.  This is real life and not the plot of his novel!

“Alone In Berlin” has a fascinating history itself.  It was not translated into English until this 2009 version by Michael Hoffman where it was first released in the USA under the title “Every Man Dies Alone”.  This is closer to the German title (“Jeder Stribt Fur Sich Allein).  The British publication went with a direct translation of the 1967 French version “Seul Dans Berlin”.  Its release has been staggered through the decades around the world.  It was published in Russian (1948), Polish (1950), Romania (1951), Czech (1954) and even Alabanian (1975) some decades before the English version arrived.  It would be fascinating to find out more about why this extraordinary work took so long to appear.  Penguin obviously had faith in it as they published it as a “Modern Classic”.  Since its arrival in 2009 it has sold well. 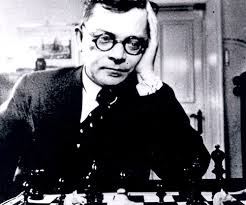 “Alone In Berlin” is based upon the real-life case of Otto and Elise Hempel,  a quiet-living couple who staged their own resistance to the Nazi regime by writing postcards, attacking the Fuhrer and the Government and leaving them in public places.  In the novel this action is given to Otto and Anna Quangel, previously supporters of the regime who are spurred into action when their son is killed in 1940.

This is a world where everyone is truly “alone” – nobody can be trusted.  People are rewarded for bringing any “subversive” action to the authority’s attention and greed and spite are often the motive for whole families being wiped out.  We first meet the Quangels in their apartment block where a Jewish lady resides in fear of her life from the neighbours around her.  This is an existence that is cruel and harsh, where everyone struggles, where it is easier to be evil than kind and where good deeds ultimately seem to have little practical worth.

Fallada does not appeal to our sympathies.  It is quite unlikely that we would be particularly enamoured by Quangel, a sombre foreman at a coffin factory with his harsh-bird like features, although we are rooting for him all the way.  The female characters fare a little better than the males: Anna, grieving for her son and supporting the husband she barely speaks to; Trudel, the fiancée of the dead son and Eva, the postwoman who delivers the fateful telegram to the Quangels, who is one of the few characters to challenge the regime and still manage to escape the fearful solitude of life in Berlin.

This novel is gripping and chilling and at times reads like farce.  A trial is almost “Alice In Wonderland”- like in its twisted logic and sheer injustice but this is not played for laughs.  All of these events were everyday occurrences in Nazi Germany.  It is a tale of individual resistance as impressive as one of my all time favourite novels, “The Book Thief” but made the more resonant by Fallada living through the years.  It is on a par with Gunter Grass’ 1959 German classic “The Tin Drum”.  (This is a novel which blew me sideways when I read it as a teenager but I haven’t read it since- I must re-read this in 2016).  In case we forget what life is like under a totalitarian regime based on mistrust and supremacy this is essential reading.

“Alone In Berlin” was published in the UK by Penguin Books in 2009.