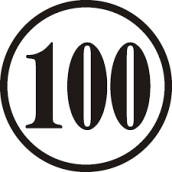 By 1989 Pet Shop Boys had been at the top of their game for four years.  During this time they had scored three UK and one US number 1 singles, three big selling studio albums and one remix album.  Significantly, they had also revitalised the career of 60’s singing legend Dusty Springfield with their UK & US number 2 collaboration “What Have I Done To Deserve This?”  In 1989 Dusty was riding high again with their “Nothing Has Been Proved” a song about the very British sex and politics Profumo scandal which was taken from the movie “Scandal”.  The whole Dusty project had been a fascinating one for Neil and Chris, from the painstaking way she liked to record to their bringing to a new generation one of the greatest British voices of all time.  The experience had left them open to consider new collaborations. 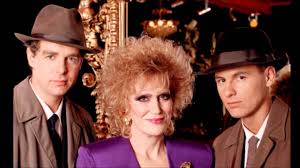 In 1989 showbiz legend Liza Minnelli was telling her record company that she wanted to move away from the live Broadway -style albums and standards that had been her lifeblood and record something more contemporary.  This came to the attention of  the duo’s manager Tom Watkins.  Minnelli was a big fan of their song “Rent” and so the deal was struck.  Neil Tennant, a huge Minnelli fan, straight away began writing songs that would be suitable for a woman in her 40’s keen to re-enter the youthful pop market and “Results” was the fabulous result. 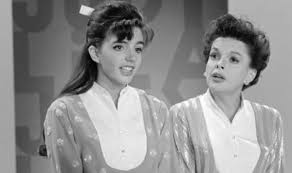 Performing with her mother Judy Garland

Liza Minnelli was born a showbusiness legend.  With her parentage it was inevitable.  Superb in her 1972 Oscar winning performance “Cabaret”, she became an unstoppable force, huge Broadway star and a household name somewhat outside of the commercial pop mainstream.  Recording-wise she had never been as successful as one might think.  The soundtrack to the movie had made it to number 25 in her homeland (#13-UK) and a recording of her television special “Liza With A Z” which had also gone a long way to cement her into public consciousness had reached US#19, UK#9).  Her highest placed studio album in the US was 1973’s “The Singer” (which reached #38, #45 in the UK).  With the exception of the last album, chart-wise she had performed better in the UK, so perhaps a collaboration with a top UK band would seem a shrewd move.

The whole concept seems very British- a pairing of the Queen of Cheese with the Kings Of Cool, the emotional Yank with the detached Brits.  In the UK we got it, Liza did a lot of television to promote the album and received  a gold album and her highest ever chart placing.  It was also a big hit in Spain.  In the US the mixture of showbiz glitz meets electro left them cold and it was considered to be a flop.  The whole project appealed to the British sense of camp and to be honest, still sounds very good over twenty-seven years on.  It is an album which is technically accomplished, superbly produced and can have you up and dancing and can both bring a smile at moments of kitsch as well as be genuinely touching and affecting in places.

The album produced by Julian Mendelsohn and Pet Shop Boys contains ten tracks- three covers of songs associated with other artists, two tracks which had been previously released by the duo and five originals that Neil and Chris wrote especially for Liza.

Opening track “I Want You Now” is one of the new Tennant and Lowe compositions and from the introduction you can tell we are in Pet Shop Boys territory  with a strong electro feel.  There is, however, an epic orchestral sweep which accompanies Liza’s sterling performance.  The song is bold and dramatic and it sets out what is going to follow superbly.  A great opener.

“Losing My Mind” is the hit single from the album, reaching number 6 in the UK charts.  A Stephen Sondheim song from “Follies” would feel like familiar ground for Liza but Pet Shop Boys magic turns it alongside “Always On My Mind” (of which it has a slight feel) and “Go West” as one of their great covers.  It is also gloriously kitsch, probably one of the kitsch pop lover’s finest moments, probably until KLF got Tammy Wynette to sing “I’m justified and I’m ancient and I drive an ice cream van”.  I remember Liza heavily promoting the single at the time and on (I think) an episode  of “Wogan” she explained how she, the showbiz trouper, had learnt singing tips from Neil and that to get the proper ending to the word “Mind” she should sing it as if it ended with a “t” and it would sound as if it ended with a “d”.  She said she had taken this on board but, listening to the track, there are a few occasions when she sings “Mind-t” ending in a t and it sounds like it ends with a “t”.  There’s something about that whole story and its result that I love.  If that is a singing technique here is evidence that it doesn’t always work, with glorious results.  It was a number 2 hit in Ireland and got to number 7 in Spain and amongst other chart placings made the Top 20 in Austria, Belgium and Germany.  It also saw Liza performing on “Top Of The Pops” and has been a staple for drag acts to mime to for nearly thirty years.

“If There Is Love” has a dramatic start and yet for me is the weakest track on the album.  It does feature a “Minnelli rap” and what might we expect from her?  Well, I wouldn’t have counted on Shakespeare as she gets here, Sonnet 94 “They that have the power to hurt….”It’ a good track but does not reach the heights of others on the album.  It has a false ending before Minnelli-does-Shakespeare kicks in over programming and Courtney Pine on Sax .  Another Tennant-Lowe original “So Sorry I Said” is probably the closest on the album as to what we might have expected from Liza, a slightly over-blown ballad lyrically yet her performance is subtle and really very strong and probably in a lower register than she is used to.  The whole thing comes across as quality. 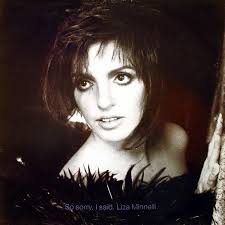 It’s certainly back to the dance floor with “Don’t Drop Bombs”, with a big electronic sound and scratching.  Who knows what is going on here but it has always been one of my favourite tracks on the album with Neil coming in to warn us “Don’t Drop Bombs!”  The off- the- wall feel continues with an inspired cover of Tanita Tikarim’s #22 UK hit from the year before, the very odd “Twist In My Sobriety”.  This kicks off with a rap from Donald Johnson who intones the memorable lines from the song Kander and Ebb wrote for her the name-checking “It’s Liza with A Z, not Lisa with an S, because Lisa with an S goes ss not zz”. The song is fairly bonkers but its given an epic feel which works sublimely.  There’s strong background choral work, whistling, considerable scratching and Liza singing if it’s the most important message she ever wants to get across.  I love this. 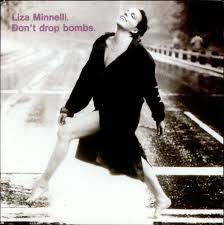 The song that Liza attracted to the project is up next.  “Rent” with its tongue in cheeks lyrics with its definite nod towards male prostitution would not seem likely material for Minnelli but here it is transformed into a song that could have stopped a Broadway show.  There is certainly a dramatic full orchestral sweep, the song is slowed down which suits Liza’s deliberate diction.  The whole song sounds very different from Pet Shop Boys version.  It’s really a precursor to the sort of things that took Paul Anka back into the charts with his 2005 “Rock Swings” album when he famously turned Nirvana’s “Smells Like Teen Spirit” into a cheesy swing classic.

“Love Pains” was originally a disco hit for Yvonne Elliman.  Minnelli’s version is good but I actually prefer the version that was also released in 1989 by Hazell Dean.  It’s a song that has underachieved for all artists who have recorded it which also includes Kelly Marie, Obsession and the great Viola Wills,  .  “Tonight Is Forever” is another song associated with PSB as it appeared on their debut album “Please”.  It’s given the “Rent” feel, but doesn’t work quite as well. 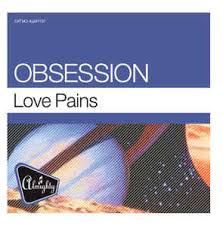 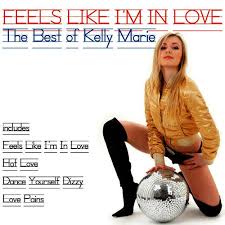 A veritable epidemic of Love Pains

The final track on the CD, written for Liza by the Boys is “I Can’t Say Goodnight”, which is as strong a closer as “I Want You Now” is an opener.

Disappointingly “Results”  was Liza’s final dabbling with the contemporary pop market and is the only CD in my collection by her.  She did do a good duet with Donna Summer “Does He Love You?” in 1996.  It does seem fitting though, that someone associated with places like Studio 54 and those big 1970’s discos had her own moment on the dance floors around the world with some of the tracks of this album.  Personally I would have loved the PSB-Minelli collaborations to continue for at least another album but I’m certainly thankful for these ten tracks.

One of the crowd at Studio 54

You won’t escape the intensity of Liza’s eyes in this Top Of The Pops performance of “Losing My Mind” (here shown on taken from a TOTP2 re-run).